Breaking
Do You Know If You’re Prepared For Retirement?
The Amazfit GTS 2 Mini May Be One...
Hotelier/ Billionaire Philanthropist Jonathan Tisch: What A Hospitality...
More Entrepreneurship, Less Recidivism Among The Formerly Incarcerated
Do S&P 500 Investors Really Want To Buy...
Small Business Burnout? Use This Time To Rest,...
7 Native American Inventions That Revolutionized Medicine And...
Cannabis Industry Expects A Green Christmas
How Small Businesses Can Survive The Growing Pandemic
Check These ‘Risky’ iPhone 12 Security Settings Now—Here’s...
Five Key Findings From The Highly-Anticipated ‘Future Of...
How To Pivot A Customer-Facing Hospitality Business Into...
How To Be A Better Leader For 2021
iPhone ‘Weak Security’ Wi-Fi Warning: Here’s What It...
Stock Market: ‘Fundamental-Lite’ Speculation Is Here – It’s...
Green New Deal Goes Global Despite Greta Thunberg’s...
Home Technology This Cannabis Entrepreneur Says He’s First In The Industry To Use NFC Tags And That All Cannabis Companies Should Do The Same
Technology

“The most important thing in the world is that people know what they’re putting into their body, onto their body, and this has never been done before with CBD or THC,” cannabis entrepreneur Danny Davis declares with passion.

“If there is any industry that needs more transparency, clarity, education and [the 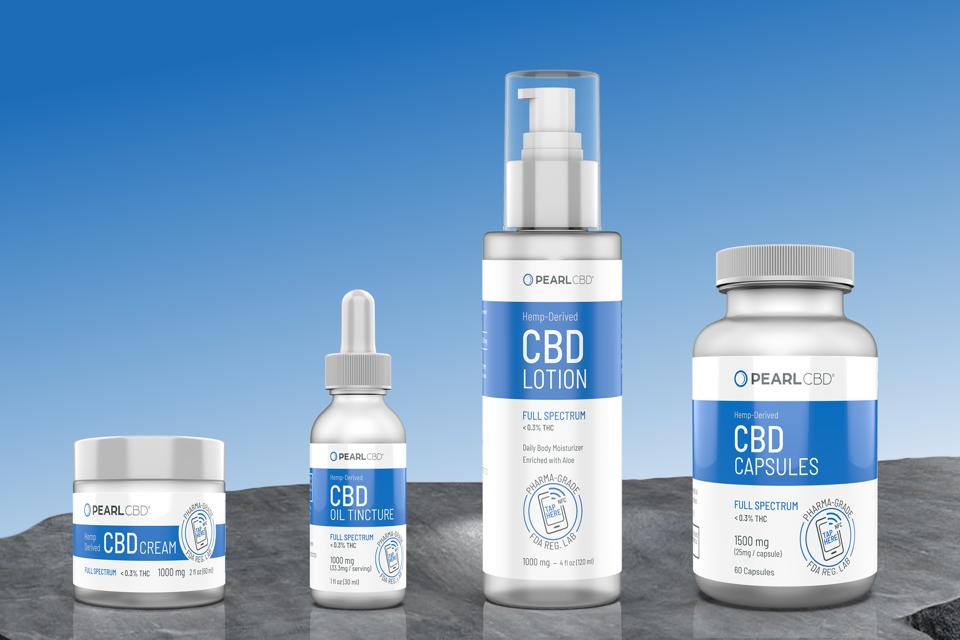 ability to demonstrate] authenticity, it is cannabis and CBD,” continues Davis, who is founder and CEO of Origin Labs, Inc.

Last week, Origin put its money where its mouth is with its roll-out of its new brand PearlCBD, offering a sleekly packaged, hemp-derived lotion, cream, oil tincture and capsules. The roll-out would have been just one more CBD line entering an already-crowded market but for the NFC tags connected to the brand’s labels, which Davis claims is an industry first.

NFC stands for “near-field communication” and describes technology which allows two devices, one usually a mobile phone, to communicate. It’s been used for “experiential shopping,” payment processing and airline boarding passes. But now a wide spectrum of companies are jumping into NFC technology – Johnnie Walker announced such a move just last week.

According to Davis, who was interviewed from CES where he was working to license his app, the “PearlCBD experience” is threefold:  First, the customer taps the product’s label, which activates a phone message, “Do you want to enable the PearlCBD experience?” A “yes” response then prompts verification that the product is indeed an Origin Labs product and includes its batch number.

The second feature of the app offers scientific test results, both in-house and third-party, for the product. Because the content is cloud-based, there is nothing to download. “It shows you all the ingredients,” Davis explains. “It shows you percentages, which is very important because if you’re over a certain percentage of THC, you’re not considered ‘hemp’ anymore; you’re not considered federally legal.”

In fact, hemp- derived products over .03 percent are illegal. All PearlCBD products are hemp-derived and below .03 percent THC.

The third of the app’s features is the ability to view product videos and FAQs (sample: “What is CBD?”). Considering that 56 percent of American adults don’t know the difference between THC and CBD, according to a BDS Analytics survey, such seemingly simple questions are important.

Then there’s the alarming potential for unscrupulous companies to produce cannabis products of dubious, even harmful, quality. Says Morgan Fox, media relations director for The National Cannabis Industry Association: “There is clearly a need to improve consumer confidence and education, and it is almost entirely a result of federal prohibition preventing sound regulations that will make people feel safe knowing that the products they are consuming have met certain standards and were produced in compliance with set rules.”

One solution to this problem is that “[NFC-derived information] allows you to track and trace your product,” says Davis, whose previous company Convectium, which he took public in 2018, introduced technology for filling and capping systems for vaping cartridges. “We were the first company to have heavy-metal testing done on our cartridges,” the CEO says proudly. “We wanted people not to be putting bad stuff in their bodies.”

That’s a goal validated, Davis says, by the recent vaping crisis, in which young users were seriously injured or even died because some companies, the CEO says, were “cutting corners” on their processes.

“I said, ‘No more,’ Davis says of PearlCBD’s origins. “[My thought was] ‘We are going to take our brand to another level, make it cutting edge’ … it will take a while but I promise you this is the future of package and the future of product delivery.”

Davis emphasizes that that future applies not just to cannabis but to those many other products whose ingredients need authentication (here Davis acknowledges that certain industries – fine wines, for example – base their marketing more on “stories” than on ingredients).

En route to inventing the NFC app, Davis says he and his team rejected two technologies for providing product information and that aesthetics played a big role: “When we first started, we said, ‘We need a product that is cool and we need technology in it,’” Davis remembers. “We wanted to make pharmaceutical products look good. The ugliest product in the world is a bottle of pills, right?”

So, no surprise that the team thought immediately of “sleek and cool and modern” Apple products. That’s how the central question became, “How do we fuse pharma and tech together and make a cool-looking product, but also give intelligence?”

Among the technologies available, QR code was rejected because, opines Davis, “It’s not very intelligent, it’s pretty dumb, it’s not dynamic; it’s got a static image; and the problem with QR code is it’s easily copy-able” – which can lead to counterfeit products.

The next option: RFID tags. “It’s very, very good for B-to-B tracking,” Davis allows of the technology. “But the problem with RFID is consumers don’t carry around RFID scanners.”

That led to the choice of NFC, because “People already have phones in their hands all day long, and [almost] all phones already have NFC readers built into them.

“The third thing is, we’ve seen NFC be very successful in other countries,” Davis says. “We’re a little bit behind in the United States.” These days, NFC is increasingly popular because, Davis says, it allows consumers to authenticate a product, see test results and gather information.”

And consumer information is what the largely unregulated cannabis industry needs most right now, believes Davis, who said he had appointments set up for this week to pitch licensing to “a large hemp company in Texas” and “a large cannabis company in New York.

Are These Tech Companies Complicit In Human Rights Abuses Of Child Cobalt Miners In Congo?

How To Prepare Your Business For Iranian Retaliation Cyber-attacks