This Chinese Phone Has A Thermal Camera For Coronavirus Temperature Checks 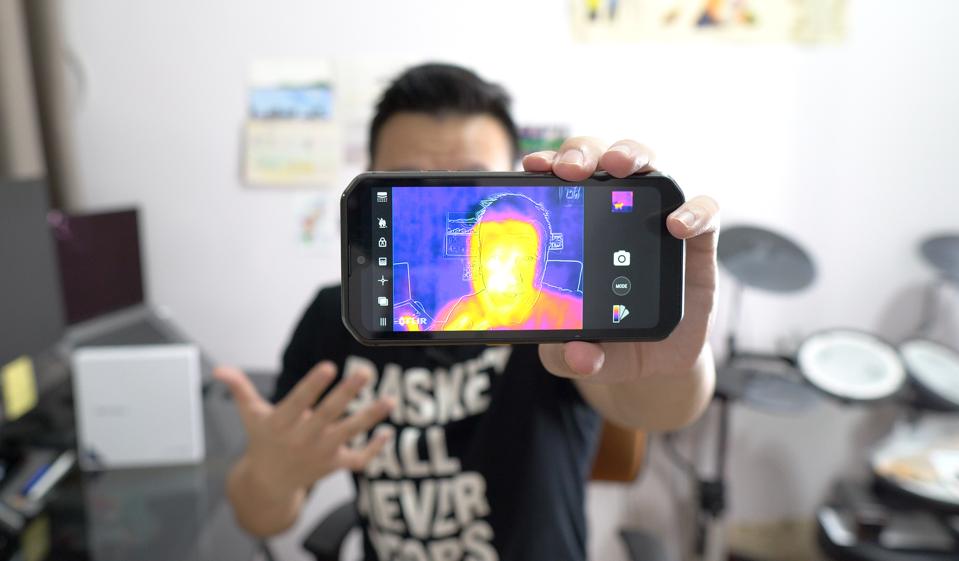 The Blackview BV9900 Pro has a thermal camera built-in.

Shenzhen-based startup Blackview is known for its heavy duty “rugged” smartphones, whose water-, temperature- and shock-resistance allow it to take quite a beating before they become damaged beyond usability.

The company’s latest, the BV9900 Pro, has one new trick up its sleeve: it has a built-in thermal camera developed in partnership with U.S. thermal imaging giant FLIR. Short for “forward looking infrared camera,” FLIR makes FDA-approved thermal imaging systems that are used in dozens of industries ranging from government military aircrafts to automobiles. While the camera can detect heat-source from inanimate objects, it works on humans and animals as well.

Airports in Asia—such as Hong Kong’s International Airport—have long used thermal cameras to scan temperatures of inbound passengers, but in a post-COVID 19 world, the west is beginning to adopt the technology, too. 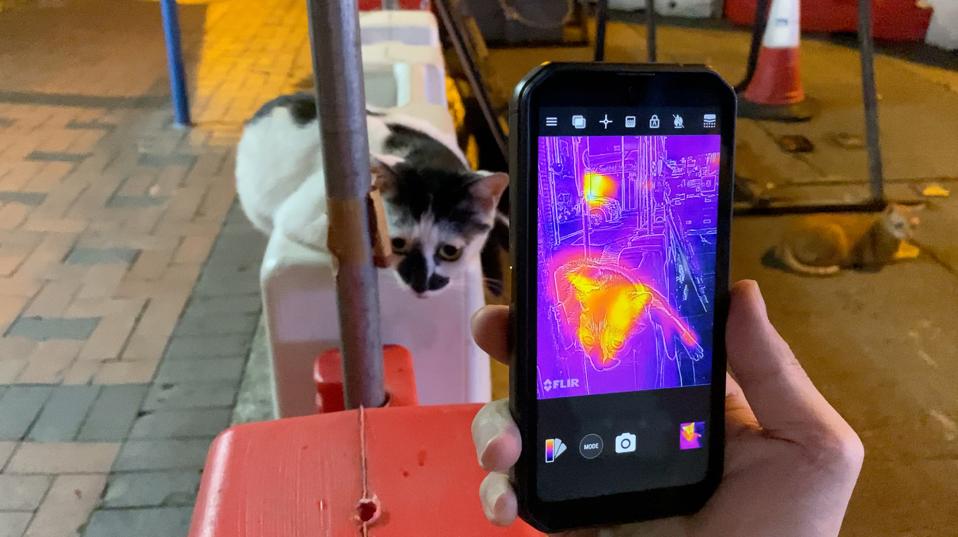 The FLIR camera in action. 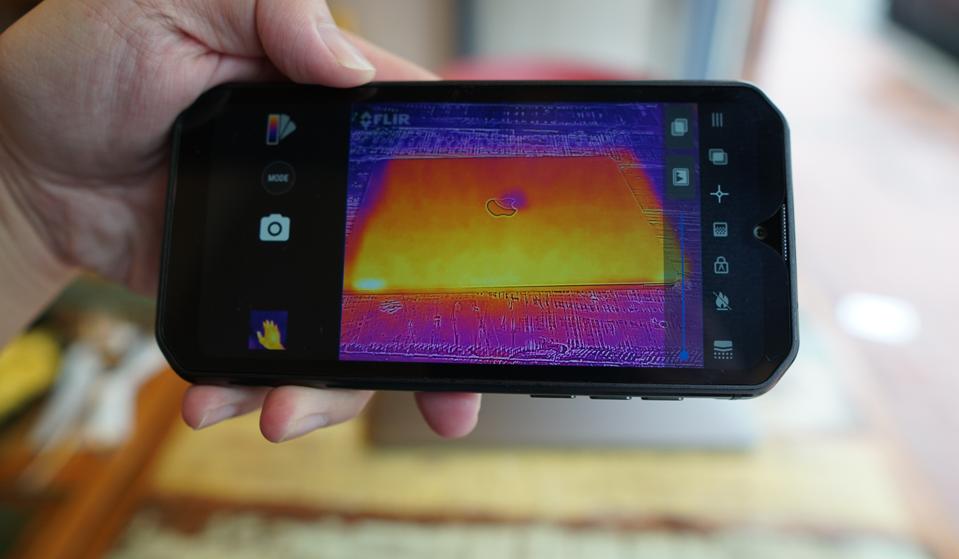 The FLIR camera can pick up heat emitting from the MacBook Pro.

From my testing, the FLIR lens on the Blackview BV9900 Pro works as advertised. It’s able to accurately identify not just heat emitting from my body, but also from laptops and cameras, particularly where the battery is.

Aside from the thermal camera aspect, the BV9900 Pro is a standard rugged phone. It’s got a 5.8-inch 1080P LCD panel that’s decent, back material crafted out of kevlar, all wrapped in a stainless steel frame. The construction feels rock solid, and the device feels very dense in the hand.

There’s also a heart rate sensor located on the bottom of the backside of the device. Place a finger on it for 10 seconds, and it’ll measure your heartbeat. From my testing side by side against the Apple Watch’s much acclaimed heartbeat sensor, the numbers remained close, which should mean the sensor on the Blackview device is close to accurate. 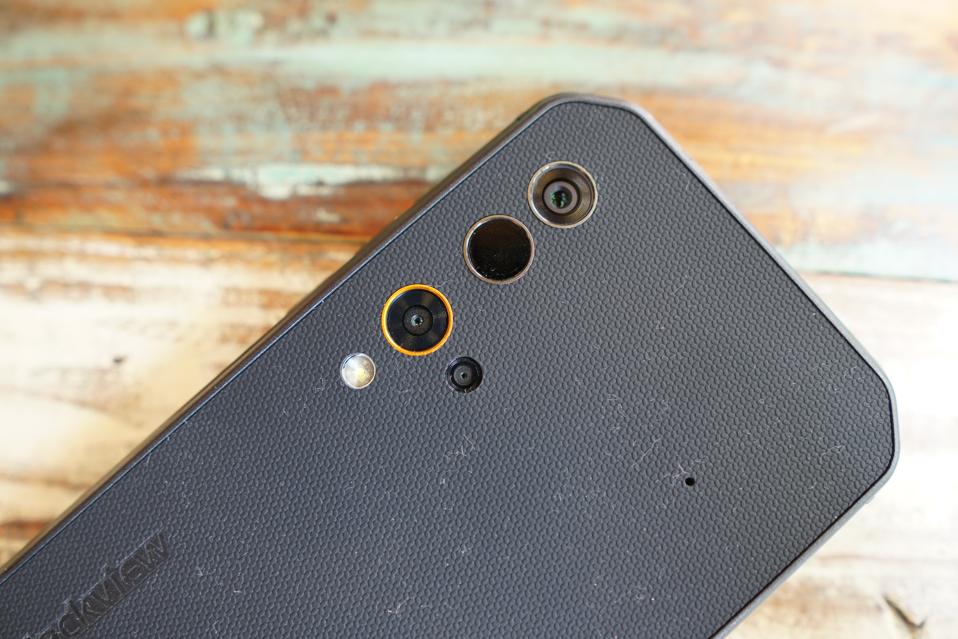 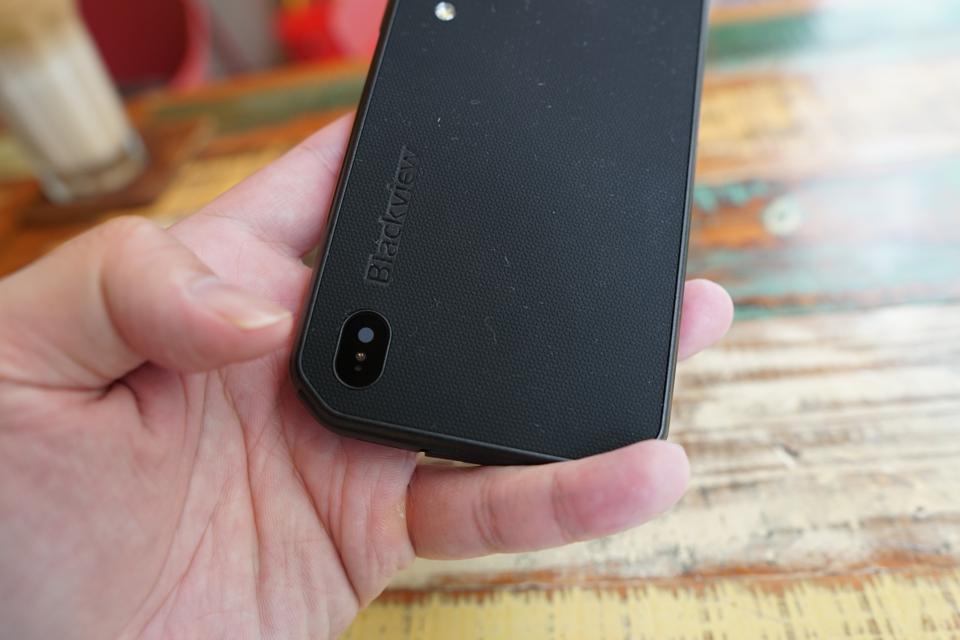 Under the hood is a MediTek Helio P90 chip, which is a mid-tier SoC (system on chip) that’s not going to match Qualcomm’s Snapdragon series in GPU performance but can handle any basic smartphone tasks fine. As long as you’re not editing 4K videos, the Helio P90 is fine.

The rest of the camera system is surprisingly good for a small Shenzhen brand. The main 48-megapixel camera can take serviceable shots, and the night mode drastically improves images captured after sunset. The depth sensor and macro lens work as advertised, too, able to capture close crop shots and respectable depth of field.

Still, no one is going to buy a Blackview phone for its main camera performance. Blackview phones are for those who spend plenty of time outdoors in rugged conditions—maybe a construction worker, or an avid camper. And with this FLIR system, perhaps for small business owners who want to screen potential customers at the door. Priced at $440, the BV9900 Pro is a bit steep for a relatively obscure brand, but it does have unique technology built in that can’t be found in other phones right now.

Is The Syrian Government Targeting Its People With...