Breaking
‘Game & Watch: The Legend Of Zelda’ Will...
How to Get Results from Broken Link Building
Florida Supreme Court Tells The American Bar Association...
How to Write Perfect Paid Social Media Marketing...
How Restaurants Can Design a More Sustainable Food...
Expenses That Small Business Owners Need to Be...
How You Can Make Saying Goodbye To The...
Biden To Meet Royal Family At Cornwall’s Eden...
It’s Going To Be Emotional — Going International...
Peer Mentoring For Students: STEM & Buds
7 PR Trends in 2021: The Story So...
Google Plans Radical New Google Pixel Smartphone Upgrade
Where Did COVID Come From?
Ride To Growth With A Business Vehicle
C3.ai’s Tom Siebel: How To Scale AI
Moz Acquired by iContact Marketing Corp
Home Business This Entrepreneur Made Two Million By Mastering The Art Of Membership Sites
BusinessEntrepreneurshipStart Ups 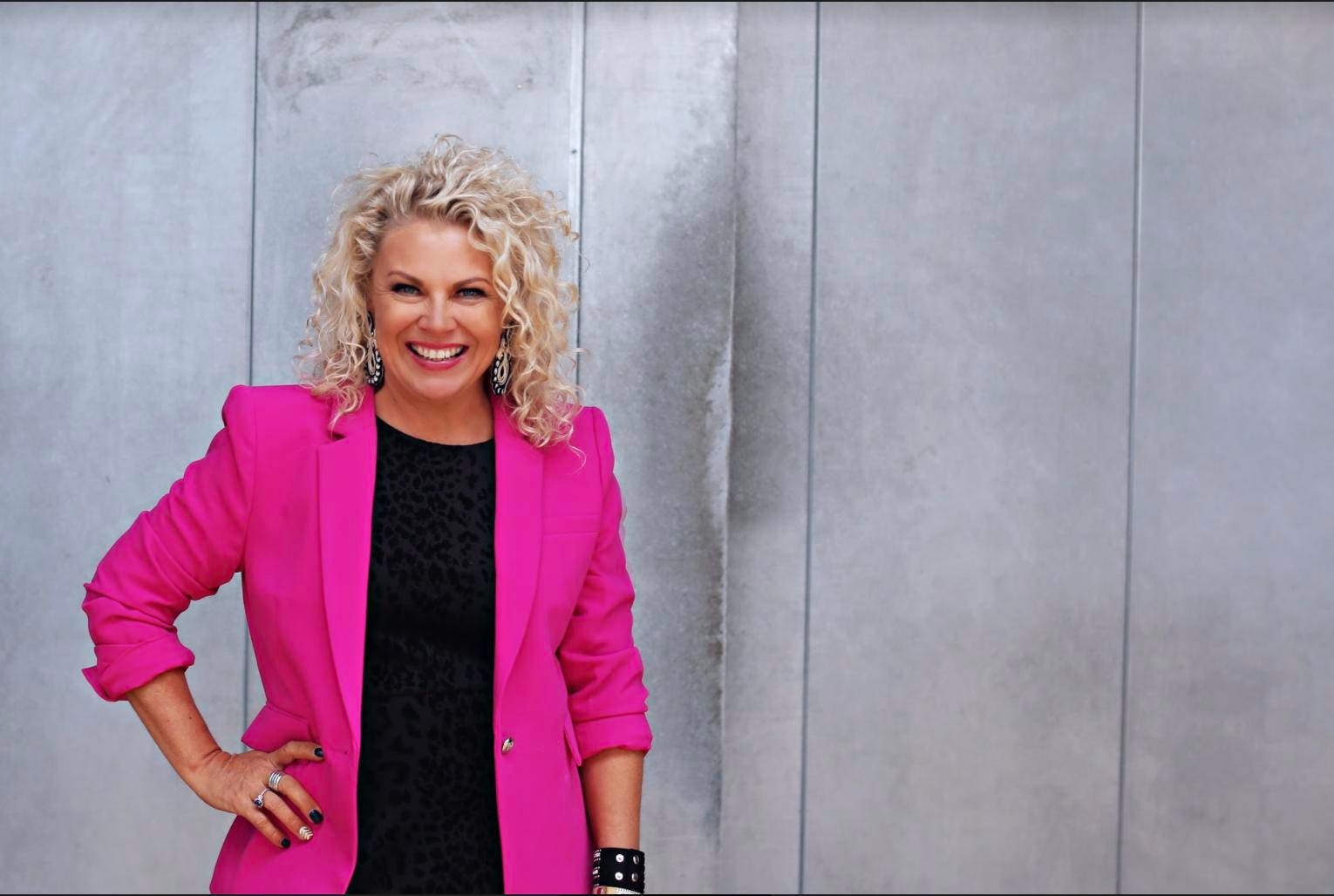 What started off as the worst thing to happen in Jennifer Allwood’s career eventually turned into the best. Back in 2000, she was laid off from her software development job.

“I broke down in tears,” says Allwood. “Until I realized that I was grieving a job that I actually hated.” What she loved was her evening side hustle: using paint to turn the kitchen cabinets of her Kansas City, Missouri, neighbors from drab to fab. It was that December that Allwood decided to trade a pager and pantyhose for paint brushes and overalls—full time.

Allwood had kicked off her painting business making $90K a year from it as a part time venture. By 2014, she was running a thriving interior painting business that brought in multiple six-figure revenue every year. That was enough to support her, her family of five (now six!), and a team of painters. But it was a massive drain on her energy and her time. She was burning the candle at both ends offering in-home painting and design services to clients plus answering business questions by email, one at a time, to every entrepreneur who reached out to her wondering how she was seeing so much success. Something had to change. Thankfully she came upon two perfect solutions for her new problem.

Now, Jennifer Allwood is a business coach to creatives who runs a multi- seven figure a year company. She’s the author of the #1 best-selling book, Fear is Not the Boss of You.

Here’s how this business coach to creatives went from being laid off to becoming a multi-millionaire with time to spare. Follow her advice to fast-track yourself to similar success.

Stephanie Burns: Some people take the leap into entrepreneurship while others get pushed. You were already running a successful business part time when you were laid off. Why not take the leap sooner?

Jennifer Allwood: I was always taught to do “responsible adult things:” get a good paying job with a matched 401k and paid time off, work hard for a raise every year and then have fun after you retire. I knew I wanted more out of life, but I was too scared to leave that security blanket on my own. Getting laid off was incredibly stressful for a period of time. I remember laying in bed at night with my stomach in knots. But it was the one thing that forced me to evaluate what it was that I really wanted out of my life and gave me the opportunity to go after it.

Burns: How were you able to get your business off the ground and running as a busy mom?

Allwood: When I started the painting company, I didn’t have kids but I did get pregnant that very first year. Our budget was tight. But tight places often yield big opportunities. I was desperate to not have to go back to a 9 to 5 desk job, so I got scrappy. I visited every designer that I could in person and if I couldn’t get them in person, I’d call them. By 2014, I had three kids, my husband was working long days in his corporate sales job, and I was feeling like there just wasn’t enough return in our bank account for the amount of hours I was working. After taxes, tithing and paying my contractors, there just didn’t seem to be anything left. So once again, I got scrappy. I took what I was doing in client homes and started teaching online tutorials of the very same processes to my social media audience. The videos alone brought in six figures in just a year’s time. As an entrepreneur, if you’re feeling like the wheels are about to come off the bus and you’re not seeing results, think about what you do well offline or one-to-one and how you can bring it into the online space and make it one-to-many.

Burns: It’s really easy as an entrepreneur to spread yourself thin trying to do all the things. How can we streamline and still be massively successful?

Allwood: Like a lot of women right now, particularly in the age of COVID-19, I realized in my second year of business that I simply did not have enough hours in the day to be a mom, be a wife, run a business and still have energy left for anything else. So I quickly learned how to outsource things that didn’t need me. I hired other painters and trained them the way that I wanted the work done. Then, after a couple of years I hired somebody to help me with the emails and administrative tasks. Wanting to control every single thing in your business comes from a place of pride in thinking no one can do it as good as you. I traded my ego for my time back and that’s a trade worth making!

Burns: What got you interested in even starting a membership site?

Allwood: After I began selling tutorials online, so many people reached out to me online. They were asking for advice because they watched my social media and saw my business blowing up. At first I didn’t want a membership group because I didn’t consider myself a teacher. But I knew I could reach more people inside of a paid group than I could through coaching one-on-one. The one-to-one business model works for some, but when you can transition your business to a one-to-many model, you are allowing yourself to scale in a considerable way and create more time for your personal life. I’m able to work when I want and I’m able to step away and be a mom when my family needs me.

Burns: How did you get your membership site to go from 500k to 2 million in just one year?

Allwood: For a couple of years I ran the membership on an open cart model, meaning people could join at any time for $47 a month. But I felt like we just couldn’t make it over this $500k a year hump that I had been trying to surmount for a long time. So at the advice of business coach and membership guru, Stu McLaren, I decided to pivot to a closed cart model where we only accepted new members a few times a year. We told my audience that we would be closing enrollment and in that 10 day period, we added 1,100 new paying members which was the game changer for my business. Oftentimes you’ll have clients who stall at making a decision and so if you can force them into action, you’d be surprised at how many will finally make a move and sign up!

Burns: How did you work on retaining members in the group?

Allwood: I refined the content that I shared. People will quit a membership when they feel like they can’t keep up with the teachings and they’re overwhelmed. Instead of deluging my members with content, I reminded myself that less is more. I also created high touch offers. Sometimes people need a consultant more than group coaching. So for people who weren’t getting enough out of the membership, I gave them the ability to upgrade to a more intensive and expensive option.

Burns: Are membership sites for everyone? How did you figure out they were for you?

Allwood: In my coaching I teach seven different ways you can make money in the online space, and that’s based on where your business currently is, what your skills are and what the business that you want to build looks like. For some people, a membership group doesn’t work, and that’s okay. I found out they were for me because I love showing up consistently for my clients, and it also provides a consistent income, which I also love. I did one-on-one coaching for quite some time, and it felt so heavy to me. I was drained by so many calls. And oftentimes if you’re doing something that feels so heavy, or you literally dread doing it, that can often be a sign for you that it’s time to pivot.

Burns: Given how much we’ve all had to pivot this past year, what advice do you have for entrepreneurs on staying profitable and growing to seven figures now?

Allwood: The biggest key to staying profitable is watching what consumers are doing. Years ago when I saw everybody getting onto Facebook—but I realized that not a lot of people were using Facebook for business yet—I put my foot on the gas there. Now when you watch people’s buying habits, they’re still using social media but they’re also buying from emails, they also like text marketing. Watch your ideal clients, figure out where they are and what they need, and then get creative to figure out how to meet them where they’re at and deliver what they need in a way that feels good for you.

The second key is to offer your customers a couple of different options. Some people are looking for a closer touch and those people will pay more for more access to you. Don’t give your clients a one-size-fits-all solution, but instead think of multiple ways that you can help them while still making sure that it’s a wise business decision.