This GENNY Home Unit Creates Drinking Water From The Air 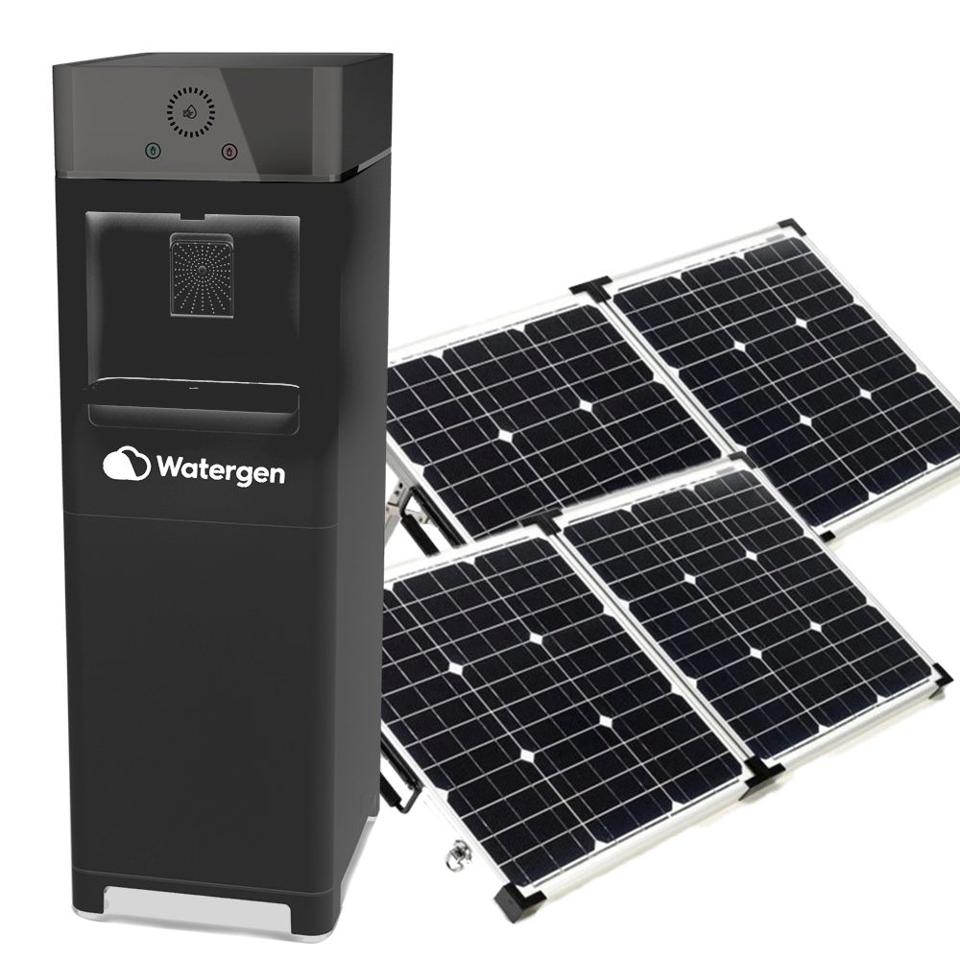 Gather ‘round the water cooler and take a sip of this: Watergen plans to start selling a consumer version of its “water from air” appliance later this year. Dubbed the GENNY, it can generate up to 8 gallons of drinking water per day.

There’s a plug-in version and another that runs on solar power. The company’s atmospheric generator technology has been in use commercially since 2012. It uses a patented GENius heat-exchange method to extract humidity from the environment and convert it into drinkable water for cities, villages, schools, hospitals and more, company officials say.

The GENNY was on display at the Consumer Electronics Show (CES) in Las Vegas earlier this month and will be available for kitchens or whenever else you want to put one beginning in the second quarter of 2020.

The electric version, which can generate up to 8 gallons of water per day, is due to roll out first and sell for about $2,500, according to Nick Harris, Watergen’s vice president of marketing, North America.

The solar version can pull in up to 3.5 gallons a day and is ideally suited to remote locations. It will sell for $5,000-$8,000 depending on location and configuration, starting in the third quarter, Harris says.

Those prices aren’t cheap, depending on how much you spend on bottled water or refilling your existing water cooler. But there’s also the benefit of reducing plastic use. GENNY is aimed at the homeowners and small business sectors, Harris says, as a viable alternative to the 5-gallon jug market.

“GENNY completely eliminates the need for consumers to restock water through purchasing bottled water or having water jugs delivered at necessary intervals, saving consumers time and money,” he says.

Both the electric and solar units are just over 4 feet high, similar in size to a traditional water cooler. The cost of generating the water is about 2 cents per liter (or 8 cents per gallon), using 300 watt-hours of energy. Each GENNY has a 30-liter reservoir for water storage.

Commercial units that have been in operation around the United States and the world are much larger.

Those units have been installed everywhere from Flint, Michigan, to Uzbekistan, Costa Rica, Chile, Pakistan, India, West Africa and various U.S. military bases. The company has partnered with the U.S. Environmental Protection Agency on research and development.

GENNY received a great reception at CES, handing out glasses of H2O pulled from the air, the company says. The GENNY also was named as the Energy Efficiency Product of the Year in the 2020 Smart Home Mark of Excellence Awards at the conference. 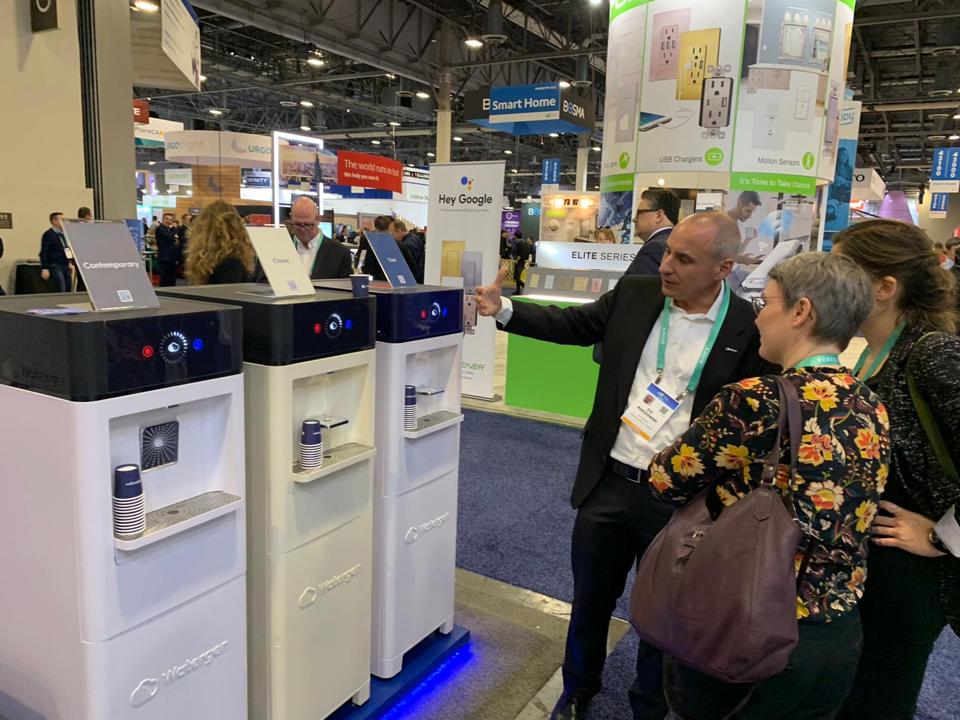 Showing off the GENNY at CES

Watergen isn’t the only player and award winner in the “air from water” market. Products like AquaBoy are available, which is good news for people without conventional access to clean drinking water (and when disasters like hurricanes strike). Forbes Contributor Pete Pachel also profiled the Zero Mass Water unit during CES. Watergen says its technology is the most energy-efficient.

The water from the GENNY is purified using a physical, chemical, microbiological and mineral treatment process, the company says. Consumers also can see information on their units via a mobile app, which provides stats on water availability, water consumption, maintenance needs and more.

“The water produced by GENNY provides consumers with higher quality water than the water that runs through filtration systems attached to municipal water lines,” Harris says.

“GENNY eliminates concerns of corroded water pipes that could lead to higher-than-normal levels of lead in drinking water.”

TIME magazine named the GENNY a best invention of 2019, calling it a “fancier dehumidifier.”

The Future Of Real Estate Tech: Nine Outlooks On What’s Ahead

Here’s When The Deadpool Skin Goes Live In...

Beyond ‘Decoupling’: How China Will Reshape Global Trade...