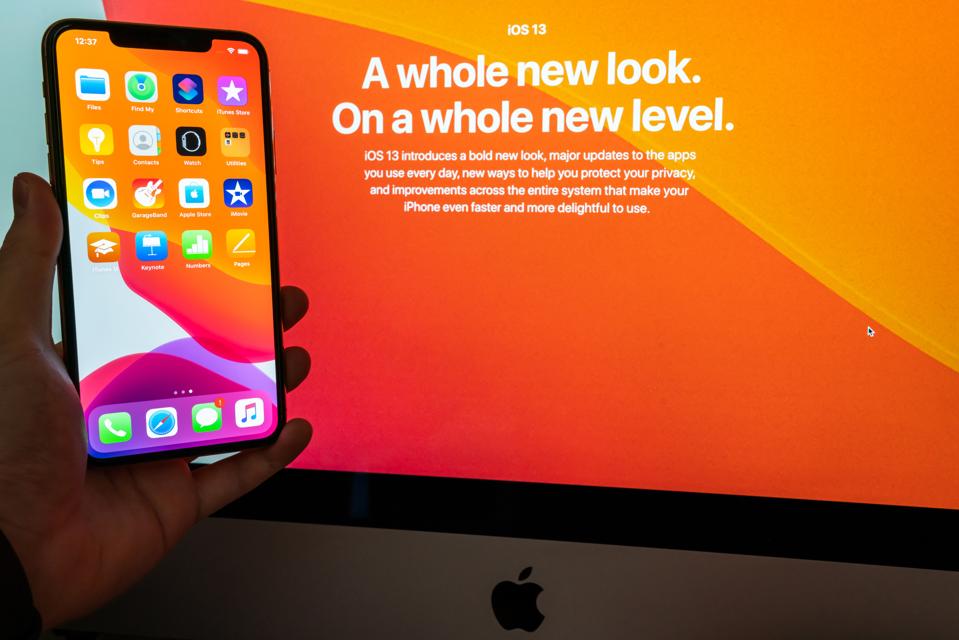 Google has made a change that allows you to use your Apple iPhone to access services such as Gmail.

It is the extension of a security feature introduced last April that allows Android users to use their smartphones as a security key to open their Google accounts.

According to one Google cryptographer, it works by utilising the Secure Enclave on Apple’s A-Series chips. But it should be noted that the ability to use your iPhone as a security key only works in the Chrome browser–at least for now.

It’s still a pretty cool feature. As I have said before, security keys such as the Yubico YubiKey are a great extra layer of security for your accounts. Using a security key–in this case your iPhone–helps protect you from phishing attacks, where a hacker may try to persuade you to enter your details on a fake site. It’s also more secure than SMS based authentication.

How to use your iPhone as a security key for Google

Google offers a step-by-step guide on its Help Center. First, ensure your iPhone is running iOS 10 or later. You’ll also need to install the Google Smart Lock app, which has now been updated to support iPhones.

Go to myaccount/security using your browser, then you will need to register your Apple iPhone as a method of two-factor authentication. You can do this by clicking Add Security Key > Select Your iPhone > Add. Then follow the on-screen instructions.

When using your Apple iPhone as a security key to sign in to new devices, make sure Bluetooth is turned on for both. Then check your iPhone for a Smart Lock notification, tap the notification and say “Yes” to sign in.

Should you use your iPhone as a security key for Google?

Your iPhone as a security key is a great thing, because it isn’t necessary for you to buy another piece of hardware to try out this method of authentication.

It is a lot more user friendly than a verification code, says security professional John Opdenakker. However, he says, a big drawback at the moment is this feature only works when you are using the Chrome.

He also points out that the fairly lengthy set up involving an app “might be too much of a barrier for less tech savvy users.”

Indeed, says Jake Moore, cybersecurity specialist at ESET, the toughest hurdle in persuading people to try two factor authentication is making them set it up. “It will only gain maximum uptake when it is handed out on a plate and easy to implement.”

However, Moore encourages users to try out this new iPhone feature: “Hardware security keys are an excellent way of adding an extra layer of security without delaying you when accessing your accounts.”

So, should you use your iPhone as a security key? If you don’t mind using Chrome, I would say yes, especially if you haven’t tried out security keys before. It’s a great way to get started.

For more information on using security keys, I’d also strongly advise you to watch my video demo on how to use a YubiKey in iOS 13.3.

Top 8 Predictions That Will Disrupt Healthcare in...