Breaking
Think Small: Timely Picks To Capture The Reawakening...
Patient Gets Covid-19 Swab Lodged In Her Lung...
Nine Signs You’re Not Being Effective During Your...
Chromebooks Can Now Run Windows 10 – Find...
Will Biden’s Tax/Benefit Plans Help/Hurt You And The...
This Fashion Brand Turned A Stripe Into A...
Shots In The Dark: Why Access To A...
What Building Wealth Really Takes In Business
Building A Circular Economy In New York City...
How To Cast Your Vote Against Election Scams
New Science On Stress: Feeling Your Feelings Works...
Why Now Is The Right Time To Acquire...
7 Obstacles That Prevent People From Starting Businesses...
Booking Holdings Falls; Likely To Remain A Risky...
Apple iPhone Crushes Samsung Galaxy In Important New...
Shape And Hold: How A British Entrepreneur Took...
Home Business This Is Why Flights Are Still Operating From Milan’s Airports
Business

This Is Why Flights Are Still Operating From Milan’s Airports 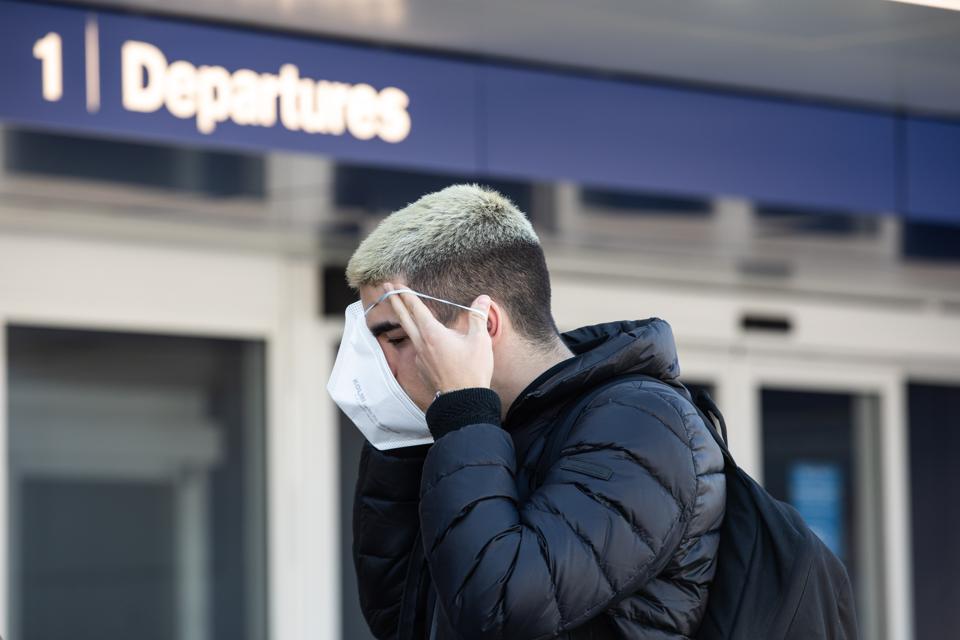 MILAN, ITALY – MARCH 08: Two young men, adjusting a face mask, stands in front of the departure … [+] terminal at Linate, Milan’s city airport, on March 08, 2020 in Milan, Italy. Prime Minister Giuseppe Conte announced overnight a “national emergency” due to the coronavirus outbreak and imposed quarantines on the Lombardy and Veneto regions, which contain roughly a quarter of the country’s population. Italy has the highest number of cases and fatalities in Europe. (Photo by Emanuele Cremaschi/Getty Images)

When Italy’s government placed the northern region of Lombardy on lockdown, many assumed that Milan’s two main airports would immediately halt flights.

The reason for isolating Lombardy, after all, is to slow the spread of COVID-19, the coronavirus disease that has so far infected 109,500 people worldwide, killing 3,800. Italy is by far the European country worst affected by the outbreak, with 7,375 cases and 366 deaths. Lombardy is its worst hit region.

Several countries and airlines have already taken matters into their own hands by grounding flights and cutting frequencies to northern Italy.

Yet, as of Sunday March 8th, the day that the lockdown began, Milan’s Malpensa Airport and Bergamo Airport were both insisting that it’s business as usual in their terminals. Bergamo Airport’s operator is still sharing a video that encourages its customers them to #keeponflying.

The situation is infuriating thousands of people who bought flights to Italy weeks ago but now have no desire to use their tickets. Unlike travelers whose flights have been canceled, they are not automatically entitled to a refund.

At Malpensa Airport – Milan’s primary gateway, which is popular with full-service and long-haul carriers – most customers have been given the option of re-scheduling their bookings for free.

But that generosity has not been extended to those flying into Bergamo Airport, the region’s low-cost hub. Its biggest operators, Ryanair and Wizz Air, both insist that passengers are subject to the standard terms and conditions that usually apply for voluntary cancellations. In practice, this means either binning your ticket or paying a flight-change fee that often exceeds the cost of the original booking. The same applies to customers of EasyJet, Malpensa’s main low-cost carrier.

1. Is it legal for airlines to keep flying?

The answer is yes, categorically. In every case where an airline is still operating to Italy, it is doing so with the blessing of the relevant governments and aviation regulators. It’s important to note that banning flights and recommending against travel are not the same thing. One is a legally binding prohibition; the other is a mere advisory.

2. Do these flights pose a threat to public health?

This is a question best put to medical experts. But don’t expect a clear answer. Opinion is still divided over whether travel bans are effective at containing viral outbreaks. Closing air corridors may seem intuitively logical, but studies have found that such measures only slow – not halt – the spread of infections. That could be a good thing, by giving healthcare professionals extra time to prepare. Or it could be a bad thing, by needlessly prolonging the crisis.

The World Health Organization is the body that is most qualified to sanction (albeit not enforce) an international flight ban. So far, it has made no such recommendation for Italy or any other country.

3. Is it fair for airlines to refuse voluntary refunds?

If you’re an affected customer, you’ll almost certainly think not. In my personal opinion, however, the answer is yes.

Most of us are now used to paying €30 for a short-haul flight. But few people stop to think about how such ridiculously low prices are possible. The reality is that low-cost airlines only achieve these fares by slashing service to the bare bones. Their contract with customers amounts to one single commitment: to get you from A to B safely. As long as they meet that obligation, everything else – including the feelings, concerns and overall satisfactions levels of customers – is irrelevant.

With first-hand experience of this austerity, it’s inevitable that some people will vow never again to book with Ryanair, Wizz Air or EasyJet.

For these disaffected travelers, the best way forward is to fly with full-service carriers instead. Their higher fares can serve as a kind of insurance policy for unexpected events. They also make the travel experience slightly more comfortable.

But for the majority of people who will continue booking by price, the debacle in Milan is just a reminder of why they pay so little to fly.

Low-cost carriers will only ever ground flights and issue refunds when they deem it legally necessary (due to travel restrictions) or commercially prudent (due to weak forward bookings). As long as Ryanair can make money flying half-empty planes to deserted Italian airports, it will do so.