Breaking
Doug Flutie Maximum Football 2020 Review: The Good,...
How To Delegate Effectively
Stock Market: Two New Trends Shaping Next Buying...
European Commission Legislative Package For Cryptoassets Leaves No...
Apple iOS 14.0.1 Release: Should You Upgrade?
Social Media Marketing Consulting
What You Need To Know About Your Startup...
Governor Signs Landmark Student Loan Borrower Protection Bill...
Reddit Co-Founder Alexis Ohanian Plans $150 Million Investment...
This Week In XR: Enterprise Adoption And Financing...
The Disadvantages Of Aging In Place
How Advances In Customer Service Can Take Telehealth...
5 Reasons Why Your Startup Needs To Be...
Beyond-Professional: What Is The New Workplace Normal?
Manufacturing In The U.S. Is On The Cusp...
After 75% Rally, Johnson Controls Stock Looks Fully...
Home Technology This University Is Taking A Novel Approach To Launching Startups In Ohio
Technology 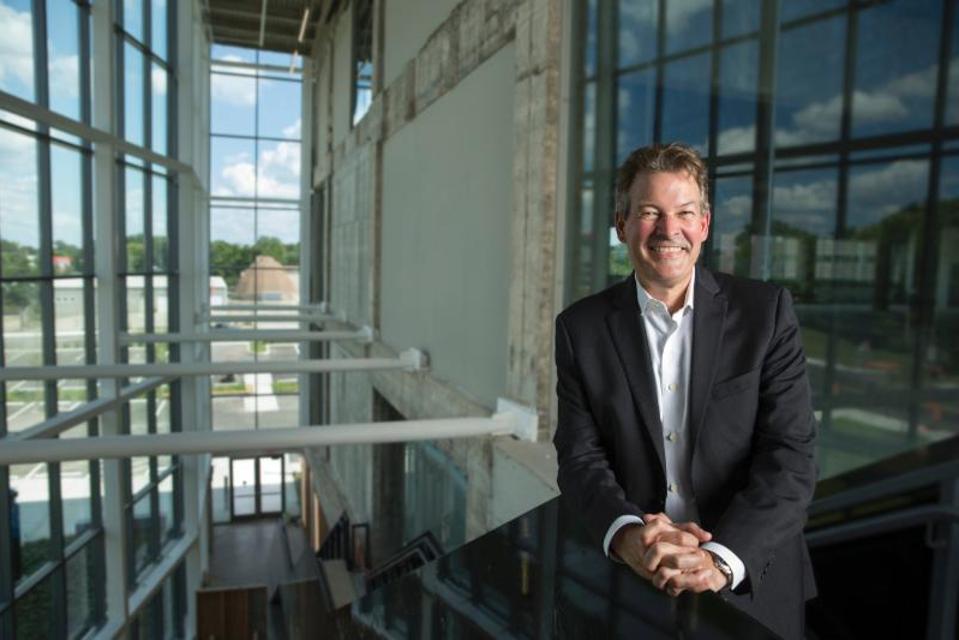 The University of Cincinnati made an announcement this week that could help get more campus-bred, early-stage startups off the ground, and officials said it’s a first-of-its-kind partnership in the Midwest.

The school is opening up its Venture Lab, a pre-accelerator and accelerator program founded in 2018, to students and staff from four other local nearby colleges. Startups formed at four institutions – Wright State University, Xavier University, the University of Dayton and Cincinnati State Technical and Community College – are now eligible for placement in the Lab’s seven-week pre-accelerator, which connects founders with talent and entrepreneurs-in-residence, speeding up the process of getting ideas to market.

It’s a slightly unconventional approach. It’s also a big step for the Venture Lab, which itself is only about a year and a half old. But it could mean big things for the region, said David Adams, University of Cincinnati’s chief innovation officer.

Universities tend to be strong startup generators, he said, but universities also tend to be very parochial, or inward facing. The new partnership is one way the school can further develop the ecosystem, not just on campus, but beyond. UC, considered a Carnegie Research 1 institution, said the public-private partnership is the first of its kind led by a public urban research university in the Midwest and among the first in the nation.

“We’re very excited about this announcement, because we believe we’re at the point [with the Venture Lab] where we’re having enough success to leverage this space,” said Adams, a lifelong entrepreneur and former software executive hired by the university in 2017 specifically to accelerate innovation at the school. “If I’m Stanford or the University of Wisconsin, with all due respect, I’m looking out exclusively for me. I’m not necessarily interested in how other universities or communities succeed. But we believe, as a university, we have a responsibility to the city and community. I think this is a pretty novel approach.”

The pre-accelerator is built for speed and volume. Startup teams move very quickly. And there are a lot of them. The Venture Lab is getting ready to graduate its latest cohort in February – or its eighth class since its opening in June 2018.

And the goal is to continue to grow ideas here. That’s a large reason why UC opened the 1819 Innovation Hub near campus – to keep and recruit new talent. 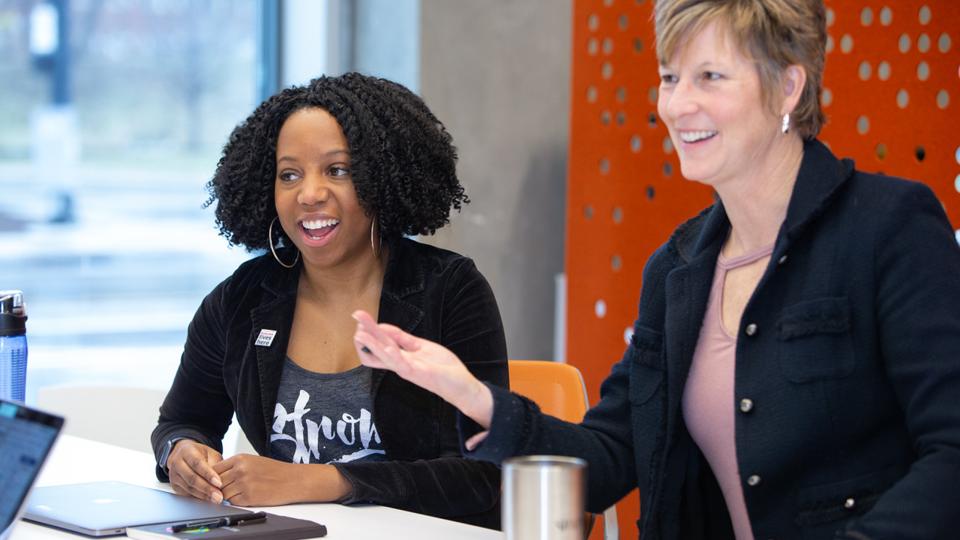 Renee Seward, left, a Venture Lab graduate and founder of See Word Design, a University of … [+] Cincinnati-based startup, sits with Venture Lab entrepreneur-in-residence Nancy Koors. UC is opening up its Venture Lab to students and staff from four other local nearby colleges, in a first-of-its-kind partnership in the Midwest.

UC’s 1819 has been recognized by Forbes as one of the country’s top 50 innovation hubs, and the Innovation Hub anchors the city’s Uptown Innovation Corridor, recognized by The Global Institute On Innovation Districts as one of just 27 innovation districts in the United States – a miniature Silicon Valley, if you will. Besides the Venture Lab, 1819 is also home to CincyTech, the largest and most active seed fund investor in the Midwest, and other high-profile and Fortune 500 tenants like Procter & Gamble, Kroger and Fifth Third Bank. Each of the latter have opened corporate innovation spaces.

SEE MORE: Q&A With CincyTech And Why This Ohio City Is A Hotbed For Startups And Seafood

“So much of this is how do we attract and retain talent? If we’re developing the talent here, but the talent is leaving to go to the coast, or Atlanta or Toronto, or to some other ‘innovation district,’ we’re not winning,” Adams said. “We can introduce [these startup teams] not just to EIRs, but we can connect them with CincyTech, we can connect them with the community. We believe that proximity matters, that connecting and having these ‘creative collisions’ is really important.”

So far, presidents from each school involved in the partnership called it “exciting” – access to EIRs, in particular, will open up new networks for founders to receive mentorship and funding, said Wright State University President Susan Edwards. Xavier President Michael Graham called the relationship a sign of a vibrant community.

“The entrepreneurial spirit is thriving in Cincinnati,” Graham said.

Whether the Venture Lab will land a unicorn, only time will tell. But the odds are ever increasing.

“It’s all about the law of large numbers,” Adams said. “It would be great if we could all sit here and predict the next unicorn. Nobody can do that. But if we can get a higher volume of these [startups] through the system, there’s a higher probability we’re going to have some really significant outcomes. And we need to have some of those significant outcomes happen here in Cincinnati.”