Breaking
U.S. House Passes Bill To Create First Crypto...
Top 3 Lessons For Financial Independence
The Ultimate Guide to Saving Money
Lights, Camera, Action—Is There A Post-Covid Future For...
7 Ways to Reduce Human Errors in Your...
How ‘Couples Therapy’ Used Technology To Cope With...
Can You Settle Your Student Loans Or Negotiate...
7 Best Practice PR Tips For Your Next...
How to Use Amazon Attribution For Ad Campaigns
What are the Makings of a High-Quality Link?
How To Quickly Start And Scale Your Business
Terra Virtua: What NFTs Can Teach Us About...
5 Easy Steps To Prepare Content For E-A-T...
Physical Inactivity Linked To More Severe Covid-19 Infection...
The 2021 Estimated Tax Dilemma: What Tax-Return Pros...
Want To Digitally Transform Your Business? Start With...
Home Business This Week In XR: AR Contacts, The President Of Isreal, Fortnite’s Metaverse
BusinessTechnology

This Week In XR: AR Contacts, The President Of Isreal, Fortnite’s Metaverse

Mojo Vision raises additional $51 Million for smart contact lens. The company, which emerged from several years of stealth in January, has raised over $159 million. The first application is helping sight impaired people navigate low light situations. The latest round was led by New Enterprise Associates (NEA). Serious dough from one of the Valley’s established funds. Last month we wrote about Inwith, which is working with Bausch and Lomb to put sensors in contacts to broadcast biometrics to a smartphone. 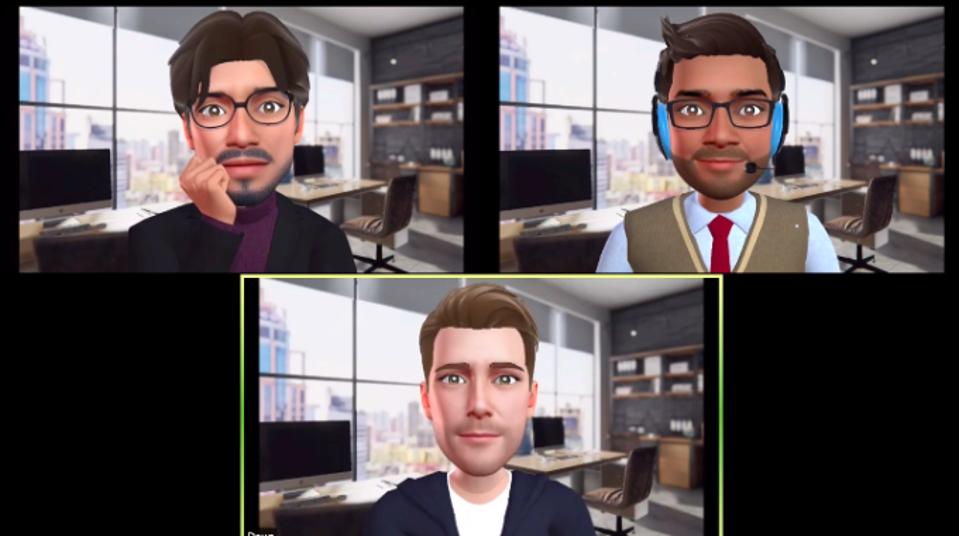 Israeli president addresses citizens during Israel’s independence day in AR. Can there be a bigger symbol that mobile AR has arrived? Reuven Rivlin, president of Israel, traditionally opens his home to the public on the holiday but due to the continuing COVID pandemic the president turned to technology. The president’s holographic visit was made possible by Omnivor, TetaVi, and 8th Wall. You can see the experience for yourself here on Omnivore’s website.

With public space LBVR cratering, the SPACES creative team pivoted hard to remote collaboration six weeks ago. We got our first look at what they’ve built today. SPACES is an app that enables users in VR to join Zoom calls as an avatar. VR users can spawn multiple screens in their environment, including the individual video streams of all the participants. And then stream it all back to the Zoom call. Creating, in essence, a bridge to a more immersive collaboration. The demo was part of a conference organized by Joanna Popper of HP and Bob Fine of VRVoice on Crowdcast. The archive of talks is here.

Loom.ai releases audio driven avatars for video calls, like Spaces.  LoomieLive allows users to share 3D avatars over their video feeds that are animated by audio. Your LoomieLive avatar can continue looking at the camera and animate when you speak, even when you need to step away, look down to take notes, or save coworkers from distracting backdrops. LoomieLive works with all major video conferencing software.

HTC Vive announces social VR platform ‘Vive Sync’ for companies looking to host virtual events. The service will be provided to companies of all sizes for free during 2020 and currently supports up to 30 users. Vive Sync currently supports support for services like OneDrive allowing users to import files such as power points or 3D models. Vive Sync currently only works on HTC devices but further compatibility is planned in the near future.

Sketchfab adds app-free AR for iOS and Android when viewing 3D models. To view a sketchfab model in AR all you need to do is tap the AR button in the bottom right of the model viewer when using an iOS or Android device. We’ve been taking a tour of all the remote collaboration sites and Sketchfab is integrated into all of them. We love their business model and friend-to-all service.

Frontdoor launches AR platform Streem for its home service contractors and major real estate companies. Streem allows homeowners and contractors to remotely diagnose and repair appliance and home issues as well as helps with the creation of virtual and 360-degree property tours for real estate agents and potential buyers.

Fortnite adds new violence-free ‘Party Mode’. The new mode takes place on a smaller island that includes fast food joints, beaches, and activities. Vending machines around the island have other non-lethal items like vehicles players can use on the island. Other areas such as a stage hint that future events may be hosted on the Party Mode island. 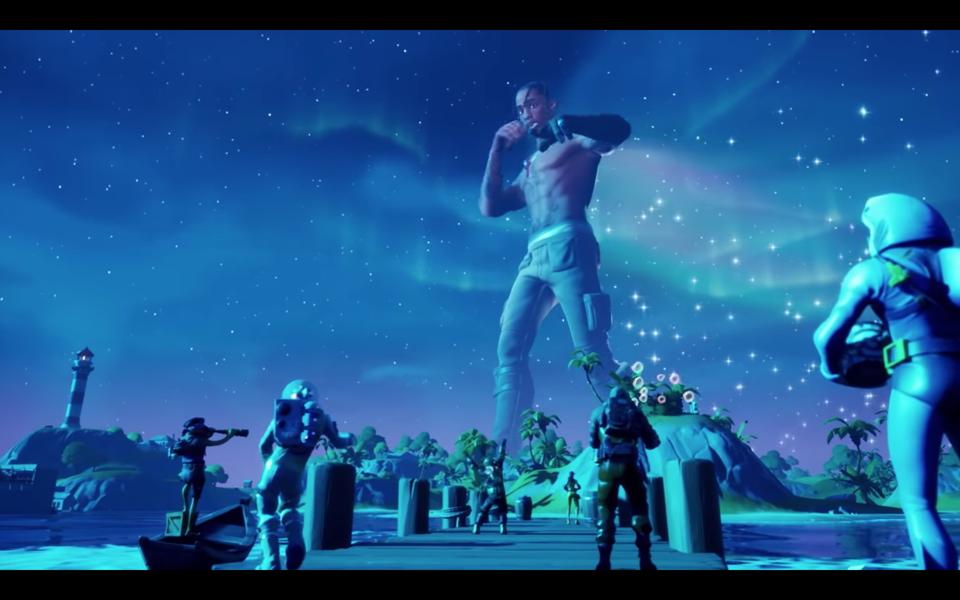 We just wrote a story about how Travis Scott’s “Astronomical” on Fortnite suggests experiences may supplant stories on new platforms. The Future Of Showbiz Is No Game We phoned a friend just to make sure we weren’t losing it: Epic games may have built the Oasis.

Lavazza launches AR campaign for Arsenal Football Club fans during the lockdown. Using Blippar’s AR platform, the Lavazza AR experience can be viewed via smartphone web browser and let’s fans see and hear Arsenal players come to life in their homes. The campaign will be shared via Arsenal’s social media channels. 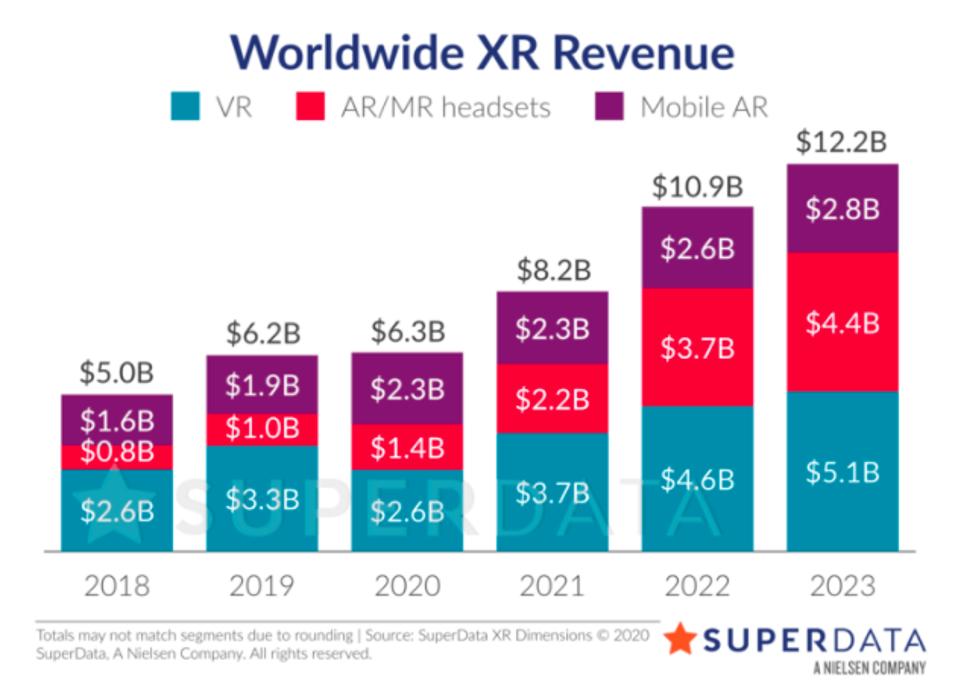 SuperData shares quarterly update for XR hardware and consumer software. Projected worldwide XR revenue for 2020 has lowered from 7.7B to $6.3B due to COVID. Other highlights include VR hardware sales in Q1 2020 not topping Q4 2019 due to supply issues, a rebound in VR hardware sales is expected once supplies are restored, and Half-Life: Alyx sold over 860,000 copies in March. Learn more from SuperData’s report.

Echo VR and Echo Arena Open Beta for Oculus Quest available May 5th. Because of COVID impacting development, Ready At Dawn will be opening up the Echo Quest Betas on May 5th to all users for the rest of the year. Lone Echo II development has been impacted according to the developer’s blog.