Home Business This Week In XR: Magic Leap Founder Leaps, AWE Is In The Books, Up Next: VRARA Global Summit Online
BusinessTechnology

This Week In XR: Magic Leap Founder Leaps, AWE Is In The Books, Up Next: VRARA Global Summit Online

Rony Abovitz kill his vision, fires 1000 employees, and falls on his sword. Yesterday was the sword part. Ironically, the first time I met Abovitz, he told me about the replica of Hiro’s Samurai sword, from Neil Stephenson’s novel Snow Crash, that he had made for Stephenson by a master swordsman when he joined the company. What’s $3.4 billion dollars if you can’t hire the people you most admire? What a story Magic Leap is. It is a gift that keeps giving to tech writers. And, ironically, it’s been told before, by another tech company with Magic in its name: General Magic, the first concept IPO. The story is told in a fantastic documentary that was released in 2018. 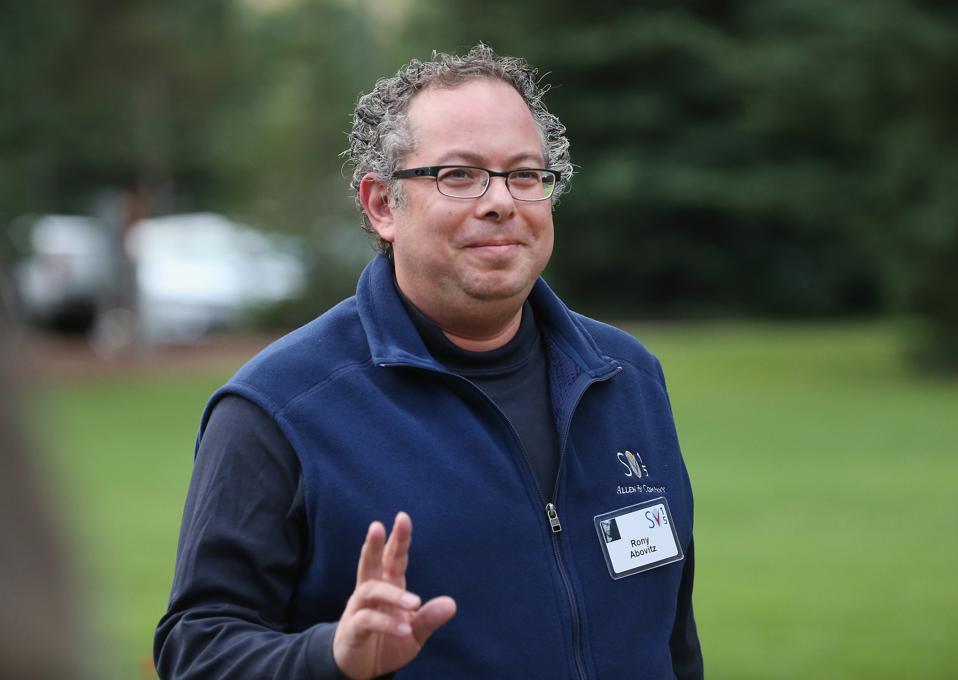 SUN VALLEY, ID – JULY 10: Rony Abovitz, founder and CEO of Magic Leap, in happier times. He … [+] attended the Allen & Company Sun Valley Conference on July 10, 2015 in Sun Valley, Idaho. Many of the worlds wealthiest and most powerful business people from media, finance, and technology attend the annual week-long conference which is in its 33rd year. (Photo by Scott Olson/Getty Images)

Almost everything else in our round up was related in some way to Augmented World Expo (AWE) which brought over 7,000 people to its tenth edition in Santa Clara last year, had to be held online this year. While the online conference and expo can’t be replicated online, the organizers, speakers, did a game job providing the usual flurry of company announcements, start up pitches, VR side events, and coveted Auggie Awards, which were awarded this evening. 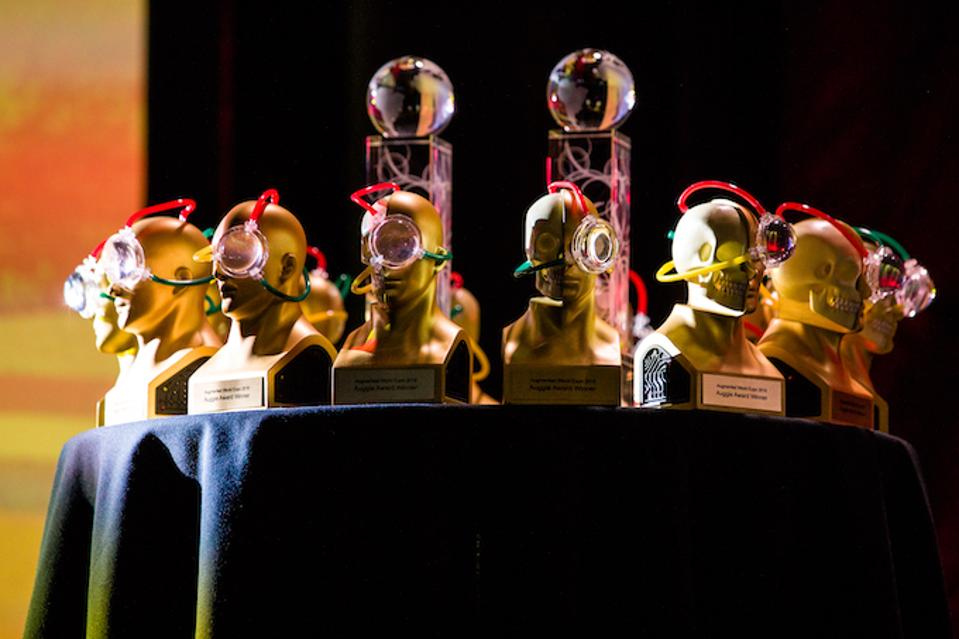 On Monday, June 1st, through Wednesday June 3rd, the VRAR Association Global Summit, originally scheduled for to be held in Lisbon, will be held online. And, good news, lots of the same great speakers who graced AWE will be brining their stuff online. But this conference is free.

Scandit raises $80M Series C for store shelf scanning tech. The funding was led by G2VP and will be used to further development and expand operations. The company’s platform runs on any camera-equipped smart device and combines barcode scanning, text and object recognition, and augmented reality to recognize items on a store shelf. 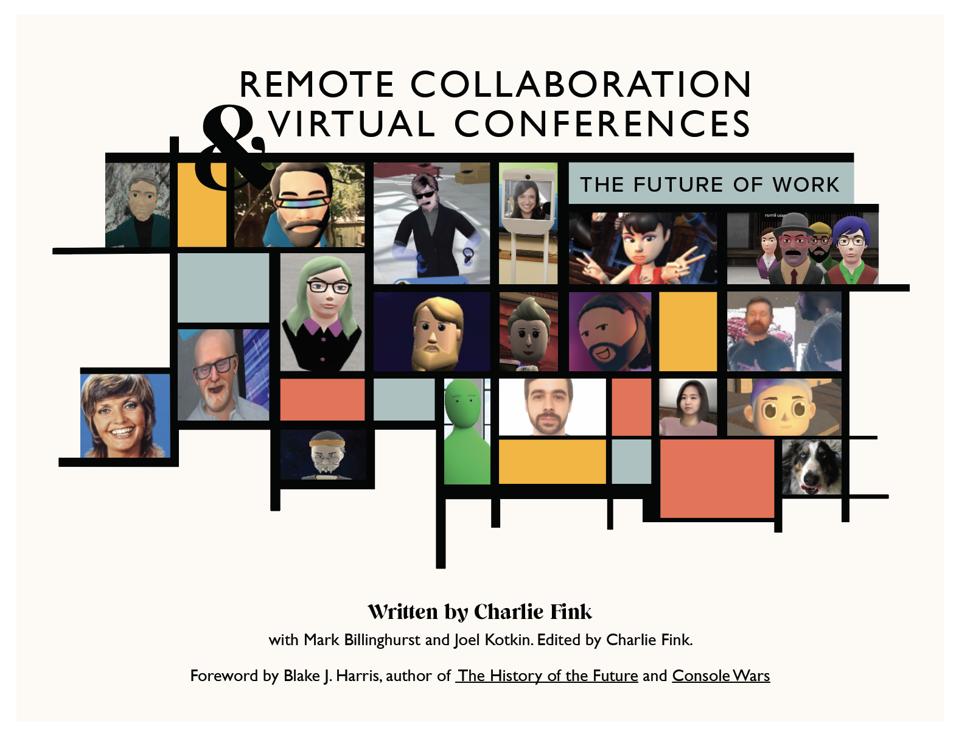 Remote Collaboration, Virtual Conferences, and the Future of Work by your correspondent, Charlie Fink, and his class of Chapman University students, arrives on Amazon June 9th. They looked at over 120 platforms for collaboration and conversation for small groups and massive gatherings like CES. Read this excerpt, it’s the most important chapter in the book, on Forbes for free.

Alan Smithson of Toronto-based MetaVRse launched Metaverse Engine, the company’s new 3D game engine for non-coders. “We envision this becoming as easy as building a slide deck” Said Smithson. “MetaVRse Engine is already being used by hundreds of organizations, universities and developers.”

Pico Neo 2 enterprise level standalone VR headsets available worldwide. The new headset comes in two variants, standard and one with built in eye tracking, and has two 6DoF controllers. Powered by a Snapdragon 845 the Neo 2 can run standalone or stream PCVR over wifi. The base model retails for $700 and the eye tracking model for $900. 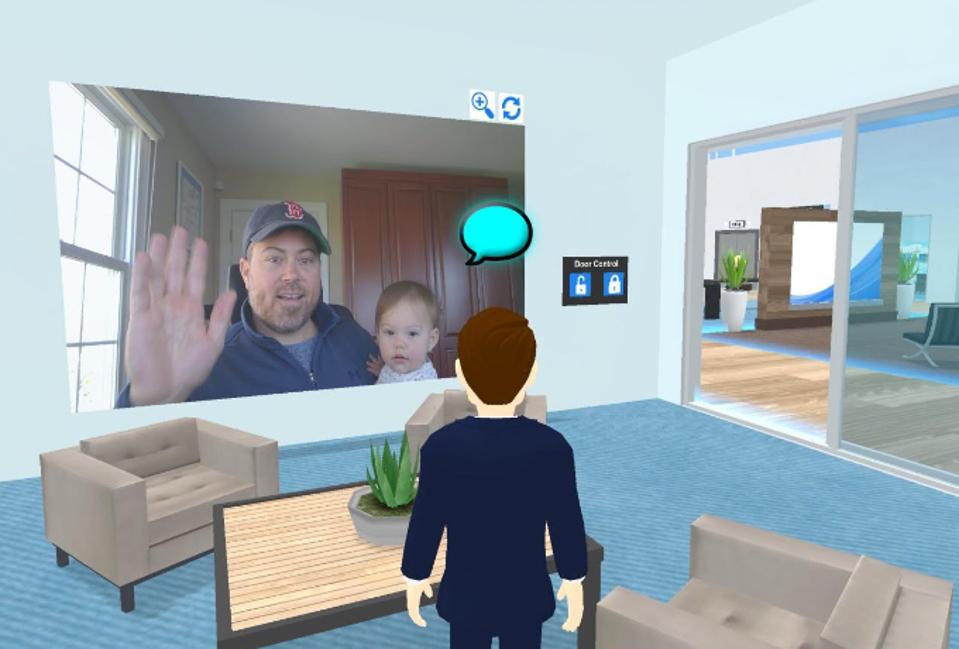 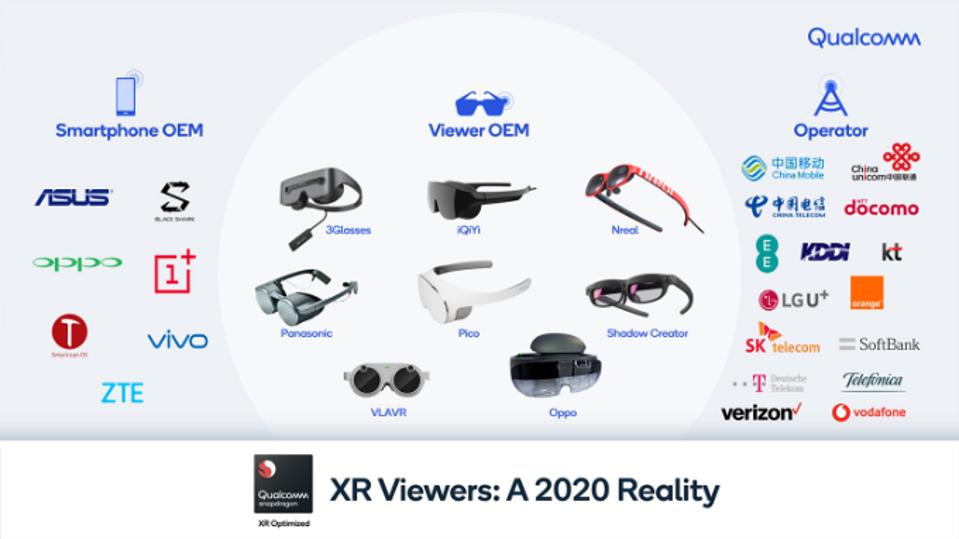 Qualcomm partners with lots of companies to produce 5G-enabled headsets. Partners include 15 global telecoms and multiple smartphone companies and AR/VR headset makers each of whom will deliver smartphone-driven headsets beginning within the next year. Qualcomm will also be creating quality standards for its pool of partners to ensure compatibility and usability for enterprise and consumer customers. 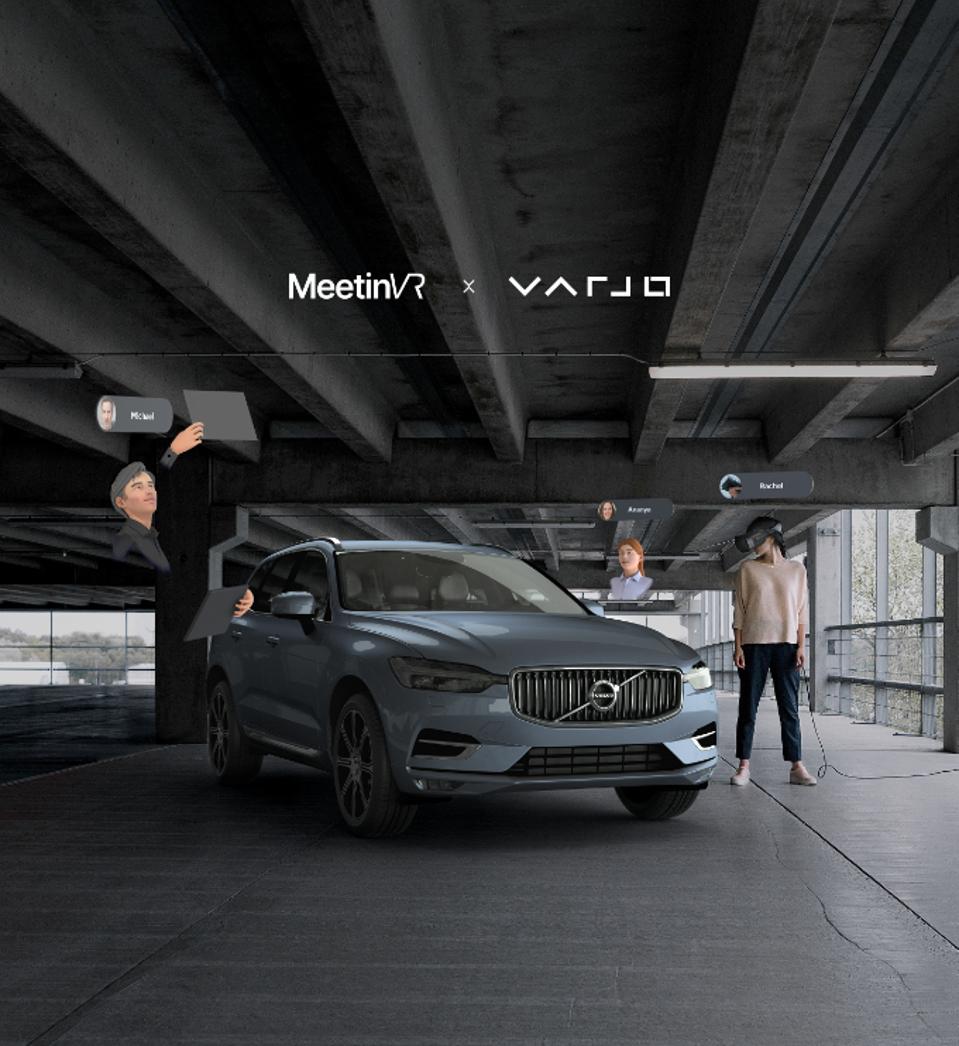 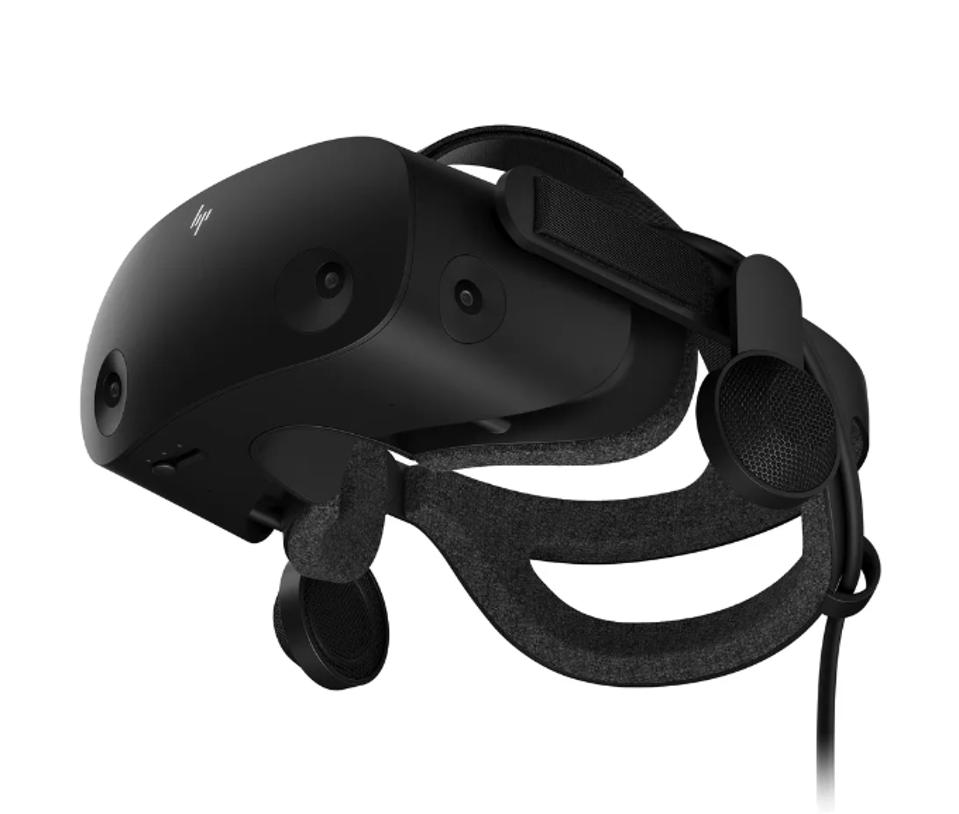 HP announces new Reverb G2 VR headset launching this fall. The new headset sports an impressive 2,160×2,160 pixels per eye, off ear headphones like Valve’s Index, and new Windows MR controllers that resemble Oculus Touch. The HP Reverb G2 is priced at $599 and can be pre-ordered from HP.

ARTE releases new VR animated film Gloomy Eyes. Gloomy Eyes is a VR animation movie narrated by Colin Farrell, written and directed by Fernando Maldonado and Jorge Tereso and co-written by Santiago Amigorena. It tells a love story between a zombie boy and human girl in a world without sun. It is now available on Oculus Quest, Steam, Rift, and HTC Vive.

“This Week In XR” is written and edited with Michael Eichenseer.

Could A Spinal Implant Give Artificial Hands A...

Worried About Coronavirus? Now You Can Text Message...

This Is How ‘False Positives’ And ‘False Negatives’...