Thomvest, A VC Fund With A Single Investor, Focuses On Three Complementary Verticals

For a $500 million venture capital fund, Thomvest attracts relatively little news coverage. Perhaps that’s because it is an evergreen fund, owned by Peter Thomson of the family in Thomson-Reuters.

Founded in 1996, the fund has grown from $75 million under the leadership of Don Butler, who has been its managing director for nearly 20 years.

“Being an evergreen fund has some significant advantages,” said Butler. “We work for Peter Thomson. Unlike a traditional fund where you would raise money from limited partners and have a fixed life, we have one LP.”

At the end of the year, the managers do a look-back and a look forward and set a capital budgets and an operating budget, unlike a traditional fund that raises funds and sets management fees for the life of the fund.

“We can scale up or scale down depending on what we think we should be doing. The upside of an evergreen is you have a lot more flexibility; the downside is that there’s always some risk of principal, so we have to build structures to work around there and put a longer term structure in place. But you get a time benefit because you don’t have to go out and raise funds. At other companies, every three or four years they are out for six months at a time raising funds.”

The fund’s investment research reflects its roots in journalism. The Thomson family has a long history of newspaper ownership in Canada, the UK and the U.S. and is the Thomson in Thomson Reuters.

“Our work is patterned a little after investigative journalism. We will go out and interview 20 to 30 people to figure out if a hypotheses is strong. In life insurance, for example, the established rule was that life insurance was sold, not bought.”

But they found Ladder Life Insurance which makes buying life insurance online simple, as it says on its web site.

“If you’ve been meaning to get life insurance for a while, consider this: with Ladder you can apply in 5 minutes and get an instant decision. If you get an offer for immediate coverage you can accept right away and be done. People have gotten covered in the time it takes to wait for coffee. Seriously. Our online application questions and real time underwriting enable us to calculate the best price for you. Because we’re online, we don’t have a fleet of commissioned life insurance agents.”

Thomvest took a stake. Angel List shows Ladder has had three funding rounds for a total of $54 million. 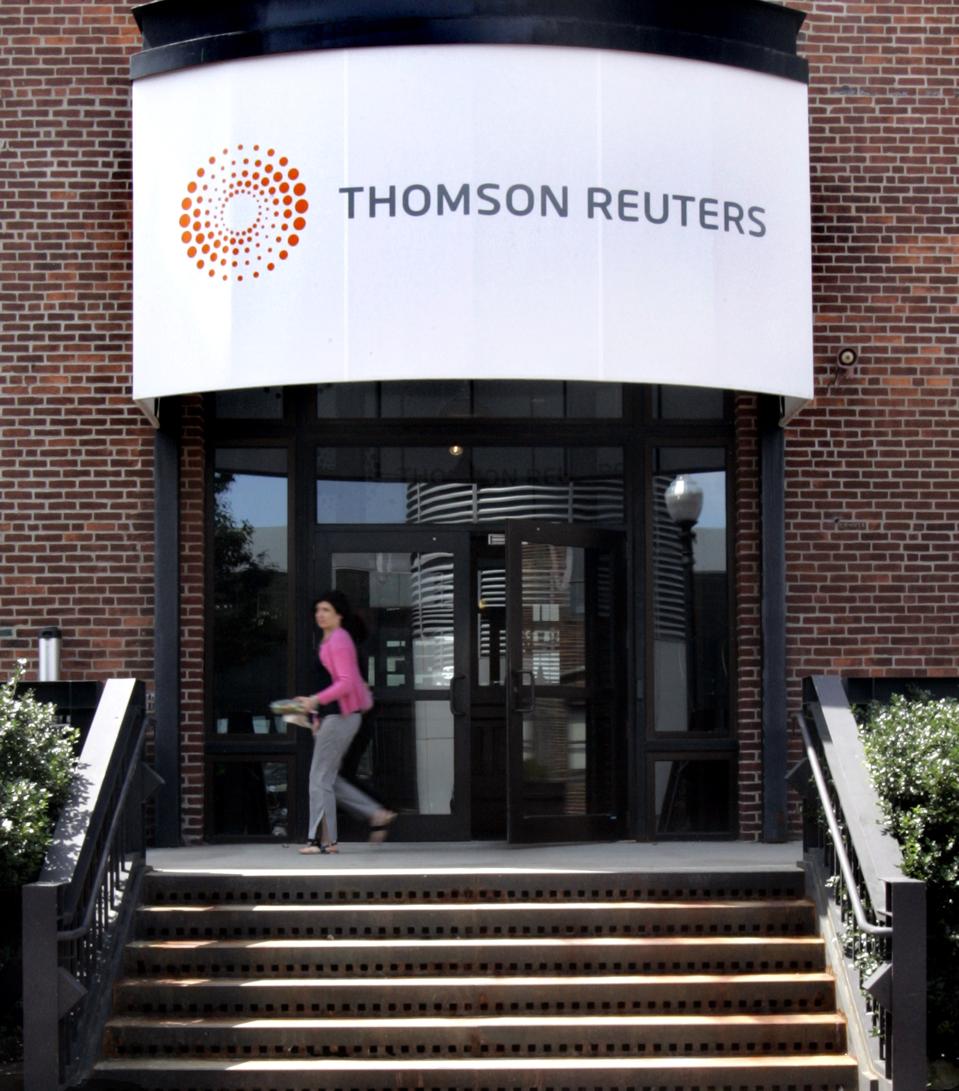 The fund has a team doing research for three months, three times a year, said Butler. A team typically will have an established executive who knows the people and the questions to ask, an investor specialist and an associate who does a lot of the legwork.

“We are very studious.”

Thomvest started as a generalist fund, which Butler thinks is difficult. “There is so much money in venture right now, it pushes you to compete at a level you didn’t have to compete at before. For us it is around industry understanding. Some very large VCs have a good subset of people in fintech, like Andreessen Horowitz. We have also seen a rise of VC funds that are fintech specific — they are extremely good in their industry. But if you are going to have a firm that will last more than 7-10 years, some diversification is good, which is why we want to have 3 verticals running at any one time. Two or three years ago were heavily invested in ad tech, but with the rise of the giants — Google, Facebook and Amazon — we realized it was consolidation time so we focused on selling the companies we had.”

The fund is vertically focused on three industries that he considers related — financial and real estate tech, sales & marketing tech, and cyber security and infrastructure. “We felt the three held together well.”

The fund was an early investor in Kabbage which started by using data to make better credit decisions for small business lending.

“When you apply for a small business loan with Kabbage the process is super easy,” said Butler. “They have integration across 200 different vendors like Quickbooks, and they pull data on a daily basis which gives them a real-time view of how the business is doing.”

Kabbage expanded its business to take greater advantage of the data to fashion itself as a sort of CFO for its business users. Butler sits on the board of Kabbage. Its CEO, Rob Frohwein said Butler’s “track record is really remarkable, the number of companies he has had success with.” He was part of Kabbage from earliest times, Aug 2012,” added Frohwein. “He’s the kind of board member I can go and ask a complicated question and he will usually have an answer, and if he doesn’t he will be curious and research the hell out of it. It has been a great relationship.”

Thomvest wants to work with companies that can hit $100 million in revenue and keep on growing north of 30% a year, Butler said. “In the venture industry, about 1% of the startups do that; in our verticals about 10% have done that, and we’d have more but we have a lot of early stage companies.”

Mindset Matters: Building A More Effective Strategy For The Future Of Work And Disability Through Better Communication

Where To Find 7% Dividends And Upside In...