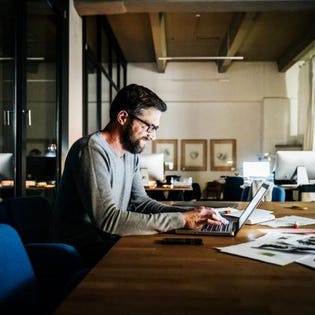 Cyberattack news is overwhelming. Cybersecurity Ventures predicts that to defend themselves against threats, organizations will spend $1 trillion on security between 2017 and 2021. IT-Harvest has identified several thousand cybersecurity vendors. Analyst groups produce reports about security solutions and strategies by the thousands.

The enormous volume of data available about cybersecurity and the tremendous number of vendors competing for a share of the market has created information overload. This is causing organizations to struggle with making smart decisions about how to protect their most valuable data, systems and personnel.

Leaders who want to help their organizations reduce cyber risk don’t need to know everything about cybersecurity. They must understand that effective strategies require a combination of the right talent, technologies, services and information. Even in this era of automation, machine learning and AI, each of these layers remains critically important.

There is not enough space in a single article to dive into each security aspect mentioned. So I’ll use this space to focus only on the crucial “information” layer — more specifically, threat intelligence.

There are multiple definitions of what threat intelligence is. For this discussion, think of it as evidence-based knowledge about an existing or emerging threat that is vital to answering critical questions about security and risk that must be understood to enable rapid and effective responses to adversaries and incidents.

Security and risk are priorities. Organizations know they must invest in improving the former and reducing the latter to defend themselves against threats like ransomware and to prevent costly data breaches.

The increased attention and investment that security is receiving will have little impact if security and risk professionals can’t answer critical questions and take fast action — questions threat intelligence can help to explain and actions it enables.

Are we being attacked?

Anyone exposed to news and threat research knows that cyberattacks and data breaches are daily occurrences. Organizations don’t need to know about every incident. They do need to know when attackers are targeting their networks. A significant attack that breached the world’s largest data storage facility may be worthy of headlines. It doesn’t mean that the threat actors responsible are also attacking your business. Security and risk teams that can integrate threat intelligence into their security operations gain the ability to know when attacks are targeting their systems and data.

Who is attacking us?

Most security tools in use within modern organizations will defend against all types of adversaries. However, there is no default security setting that addresses them all. Useful threat intelligence reveals threat actors to security and risk teams, giving organizations the ability to know their attackers. Defenders who know their adversaries are able to build more effective defenses.

Have attacks been successful?

Attackers can dwell inside breached environments for extended periods. Some research shows that threat actors operate for an average of 101 days inside victim networks before being detected. By utilizing threat intelligence, organizations identify breaches much earlier and take swift action to isolate and remove them. The faster that an adversary can be detected and remediated, the less opportunity they have to cause harm.

How should we respond to an attack?

Threat intelligence reveals details about different vectors adversaries use to execute attacks. Organizations that want to take smart defensive actions need to have access to this essential knowledge.

Technology underpins all successful threat intelligence programs. When building or expanding existing capabilities, here are some tips to keep in mind when evaluating products:

• Understand the difference between a threat feed and a threat intelligence platform (TIP). Feeds gather data from all layers of the web. TIPs ingest, enrich and contextualize data, turn it into actionable intelligence, and make it available to answer critical questions and inform smart decisions. Effective threat intelligence programs ingest multiple feeds and rely on TIPs to get themselves from chaos to clarity at the speed of your business.

• Effective threat intelligence technologies should match external threats with those present in networks, highlighting those that may be going unnoticed due to lack of context and visibility. With the ability to detect adversaries that have penetrated environments, users can quickly remediate problems.

For centuries, militaries and governments have been utilizing threat intelligence in the physical world for defensive purposes. Threat intelligence gathering and utilization in the cyber landscape is still a relatively new practice, which may cause some organizations to balk at building a program. Fortunately, threat intelligence investments are demonstrating ROI in terms of cost savings and risk reduction.

Threat intelligence answers primary security questions, enables swift action and delivers measurable ROI. As the threats from cyberattacks, cybercrime and espionage continue to increase, organizations that invest in cyber intelligence will be positioned to defend their vital assets.

Did Rosita And Eugene Really Just Kiss In...