The blockchain and crypto community is ringing in the new year to a level of legislative and regulatory attention that would have been hard to predict a year ago. On one level, this is unsurprising when many predicted that crypto was dead a year ago following an 85% decline in the price of bitcoin from its 2017 peak. With Christmas 2018 headlines such as “Rhymes with Bitcoin: Has Crypto Hit the Fan?”, the revealed wisdom was that crypto was either dead, or destined to be a minor financial footnote. What a difference a year makes. 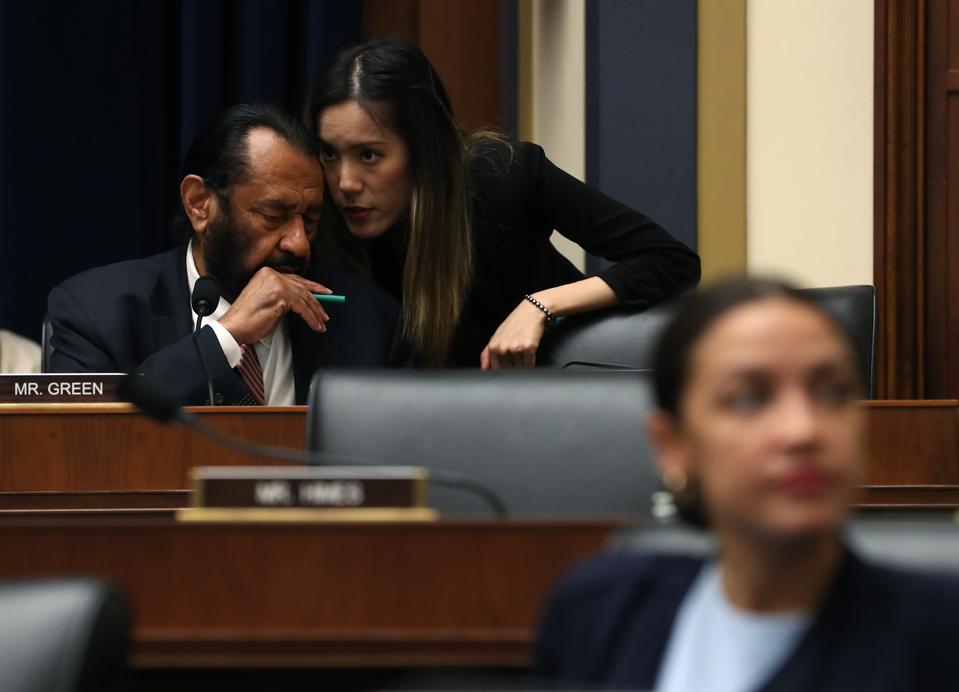 Since this time last year, Facebook launched the Libra project, which attracted the attention of politicians and central bankers the world over. Fidelity Investments announced a series of new crypto initiatives. The US Federal Reserve Board revealed that it is working on a crypto-like project known as “central bank digital currency.” More than 200 new crypto projects were launched by technologists both in the US and abroad. And the price of bitcoin rose 300% off its floor before settling in at an average price that is still more than double the late-2018 low. The lesson? We may be in the early innings of crypto, but there is a major league game ahead and this game needs rules.

But in a scramble to devise rules quickly, legislators and regulators tend to fall back on assumptions, heuristics, and biases that overstate risks, understate benefits, or in some cases simply miss both current and historical facts.

Here are three crypto policy themes we can expect to see in 2020, and a discussion of the flawed premises behind them.

The idea that crypto might complicate the ability of central banks to control the money supply got wide circulation after the announcement of Facebook’s Libra project, but it is not unique to Libra. When President Trump tweeted about cryptocurrencies last July, he explicitly named “Bitcoin and other cryptocurrencies,” which he believes to be “highly volatile and based on thin air.” The U.S. dollar, he stated, is “the only … real currency in the USA.” Even stablecoins like Libra, which are in fact backed by fiat currencies issued by central banks, drew ample criticism in 2019 because the weighting of fiat in the underlying currency basket could advantage or disadvantage individual currencies in ways national central bankers cannot control. In 2020, look for stablecoin legislation designed to respond to these kinds of criticisms.

But the assumptions behind this type of legislation deserve further investigation. One premise seems to be that politically appointed central bankers are the most appropriate stewards of the money supply. But are they? The recent death of former Fed chair Paul Volcker reminds us of a time when interest rates had to be raised to 20% to combat the inflation that had taken hold as a result of easy money policies in the mid-1970s.

More recently, easy money policies leading up to 2008 may have played a role in promoting unsustainable credit policies that led to the financial crisis and, in its effort to respond to the crisis, the Presidentially-appointed Fed governors engaged in—you guessed it—even easier money policies.

The Fed’s second round of quantitative easing in June 2010 led to a dramatic fall in the dollar’s value over the ensuing 12 months—and all this in one of the world’s largest and most stable economies. In other parts of the world, whether looking at the Eurozone, or more dire financial situations like Venezuela or Zimbabwe, it is far from clear that central bankers are always trustworthy guardians of monetary stability.

Another critical question is whether a monopoly on printing money is one of the defining hallmarks of a sovereign government. Clearly not, as the “free banking” era of the mid-nineteenth century shows, where individual privately owned banks issued debt instruments called “bank notes” that were the currency of the era. Indeed, a recent Philadelphia Fed study concluded that the free-banking era “does not support the contention that freer entry [into the business of issuing private bank notes] necessarily leads to instability.” Why would the result be different for privately issued cryptocurrencies?

For that matter, from a monetary-policy perspective, how are cryptocurrencies any different from other privately created units of exchange that are bought, sold, traded or transferred?  In 2018, American Express issued more than $8.4 billion in Membership Rewards points (about the same amount of circulating supply and the third largest cryptocurrency), which are a form of privately created money generated each time an Amex cardholder makes a qualifying transaction. Like cryptocurrencies, these points fluctuate in value depending on how and when they are used.

The value of United Airlines’s privately issued frequent flyer miles, which are fully cash-equivalent when used to purchase airline tickets and other benefits, exceeds $5 billion and would be the fourth largest cryptocurrency—if it were a cryptocurrency. Privately issued stores of value and units of exchange are widespread and well-accepted, and appear to pose no threat to the global monetary system.

Finally, there is the idea that “basket-based” stablecoins such as Libra represent a unique challenge to the monetary policy regime because the weighting of multiple currencies can advantage some fiat currencies and disadvantage others. Full disclosure: my employer, Coinbase, is a member of the Libra Association and we hope and expect it to be a valuable contribution to the world. But even so, “basket” stablecoins represent a small fraction of the stablecoin market, most of which are backed by a single fiat currency, and yet various bills making their way through Congressional offices would rein in all stablecoins, not just those with “basket” features.

Money laundering, terrorism financing, and human trafficking are fundamental threats to the rule of law and our way of life—but the primary vector for such activities is the current banking system, not crypto. In its 2018 National Money Laundering Risk Assessment, the U.S. Treasury Department catalogued a litany of multimillion dollar money-laundering fines levied against banks both large and small, ranging from a $425 million fine against Deutsche Bank and a $70 million fine against Citigroup to smaller fines against community banks like Merchants Bank of California and Lone Star National Bank of Texas.

Yet no one seriously believes that the main purpose of the banking system is to launder money or finance other criminal conduct; we all understand that criminals will take advantage of nearly any system to achieve their aims, and that combating crime requires sound risk management and sophisticated management systems—not elimination of a valuable service that is primarily used for lawful purposes.

In the case of crypto, the most recent studies (separately conducted by blockchain analytics firms Chainalysis and Elliptic) show that fewer than 1% of exchange-based bitcoin transactions involve illegal activity. Nonetheless, it is clear that crypto exchanges and custodians are relatively less mature than banks for the simple reason that the technology and asset class is newer. And yet the major crypto exchanges have registered with the Treasury Department’s Financial Crimes Enforcement Network as money services businesses, and have obtained state licenses such as New York’s BitLicense, which subjects them to annual examinations much like a bank would have to endure.

Nonetheless, expect some policymakers in 2020 to continue to single out crypto industry participants for special scrutiny on money laundering issues.

At the end of 2018, the Department of Homeland Security announced an investigation into “privacy tokens”—cryptocurrencies that shield sender/recipient information. At first glance, such privacy features might seem concerning; after all, why try to hide something if you have nothing to hide? But it’s not difficult to recall the early controversy over the migration of Internet sites from the old “http” protocol to the encrypted “https” protocol. At the time, law enforcement agencies warned against the addition of a secure sockets layer to internet architecture on the grounds that such a change would impede law enforcement investigations of illicit activity. Without the change, however, e-commerce (which depends on consumer confidence about the security of credit card and other financial information) would likely never have experienced the exponential growth that followed https adoption. And, ironically, following several high-profile hacks, the federal government itself eventually mandated that numerous categories of information stored by government agencies be protected behind https-enabled government websites.

2020 is sure to see increased policy activity and regulation in the crypto arena.  The policy ideas themselves may or may not be sound, so we must be sure to check the premises behind them. These three themes, and others that will undoubtedly arise, insist on closer scrutiny.

How A ‘Care Ecosystem’ Supports Dementia Patients And Caregivers

The Best Business Strategy For Surviving A Recession? Not What You’d Think

Impact Partners BrandVoice: How To Help Protect Yourself...