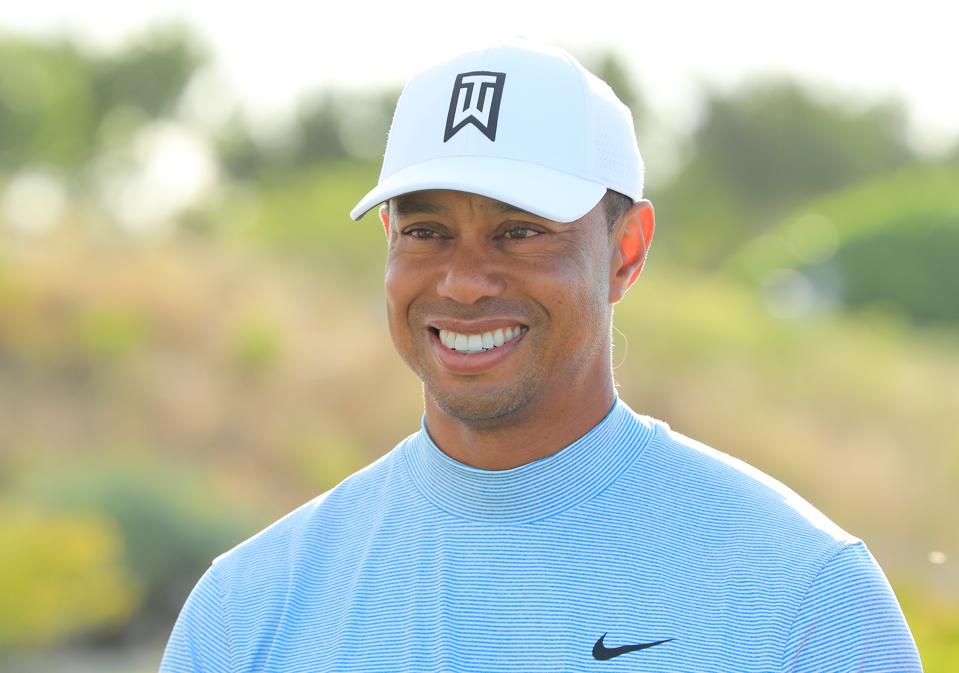 NASSAU, BAHAMAS – DECEMBER 03: Tiger Woods of the United States on a tee during the pro-am as a … [+] preview for the 2019 Hero World Challenge at Albany on December 03, 2019 in Nassau, Bahamas. (Photo by David Cannon/Getty Images)

Ever since Hurricane Dorian’s devastating winds landed upon the shores of the Bahamas in late August, there’s been a lot of talk about whether the country is still the destination it always has been. Despite some of what’s been depicted on TV, just two of the 700 islands and cays that make up the archipelago nation were heavily impacted by the storm. The Bahamas are still very much open for business.

It’s no secret that tourism is the backbone of the Bahamas economy and its top industry. Tourism also the largest source of employment, and in the past two years, nearly 15,000 tourism jobs have been created in The Bahamas. And while gorgeous sandy beaches, exotic blue waters and year-round sunshine have driven much of the country’s existing visitor traffic, golf has become an increasing part or the influx and tourist money over the past ten years.

Founded by Tiger Woods in conjunction with the TGR Foundation, the Hero World Challenge showcases 18 of the world’s top PGA tour pros at Albany Golf Club. Joining Tiger on the links at Albany are other top names such as Bubba Watson, Rickie Fowler and Jordan Spieth. 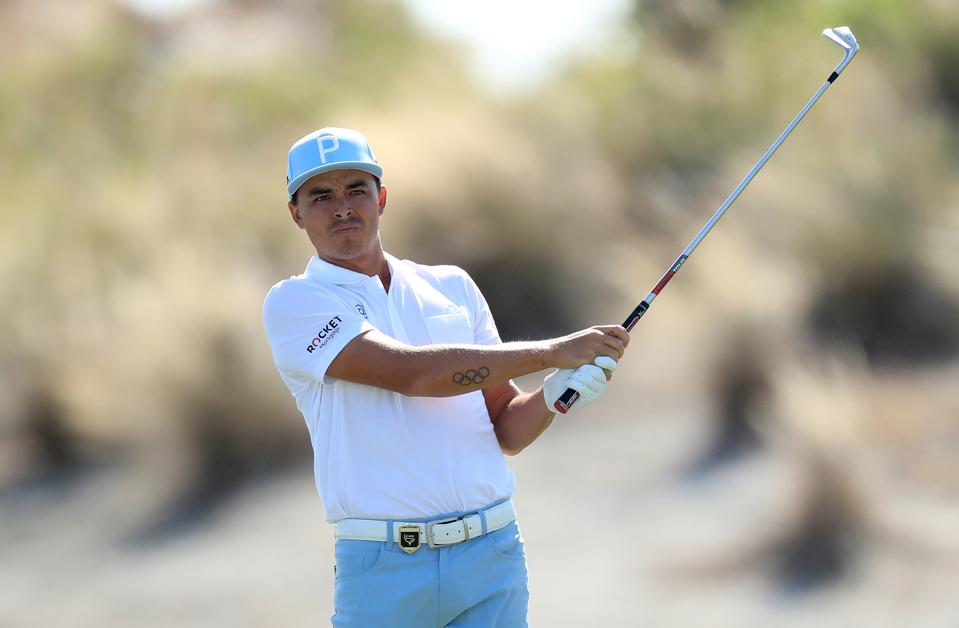 NASSAU, BAHAMAS – DECEMBER 04: Rickie Fowler of the United States plays his third shot on the third … [+] hole during the first round of the 2019 Hero World Challenge at Albany on December 04, 2019 in Nassau, Bahamas. (Photo by David Cannon/Getty Images)

To kick off the week, the 18 players of the HERO World Challenge assembled at the Grand Hyatt Baha Mar hotel and resort for Monday afternoon’s Hero Shot competition. The contestants, which included Spieth, Gary Woodland, Bryson DeChambeau, Jon Rahm, Henrik Stenson and Woods, took their best shots at a bullseye 130 yards away, hitting shots over the reflections pool at Baha Mar. While Stenson, Spieth and Woods advanced onto the second round, it was Spieth and Woods in the final, with Woods claiming the win.

Following Monday’s driving challenge, the luxury course at Albany hosted a pro-am round of golf that let well-heeled golf enthusiasts pay for the privilege of golfing along side the pros. Yet, much of the fanfare and conversation around this year’s event has been focused helping the Bahamas’ own efforts to recover. Abaco and Grand Bahama were the two locations to weather Hurricane Dorian’s damage and currently their are ongoing efforts rebuild residential areas and infrastructure there..

Tiger Woods himself addressed the aftermath of Hurricane Dorian along with the efforts to help. 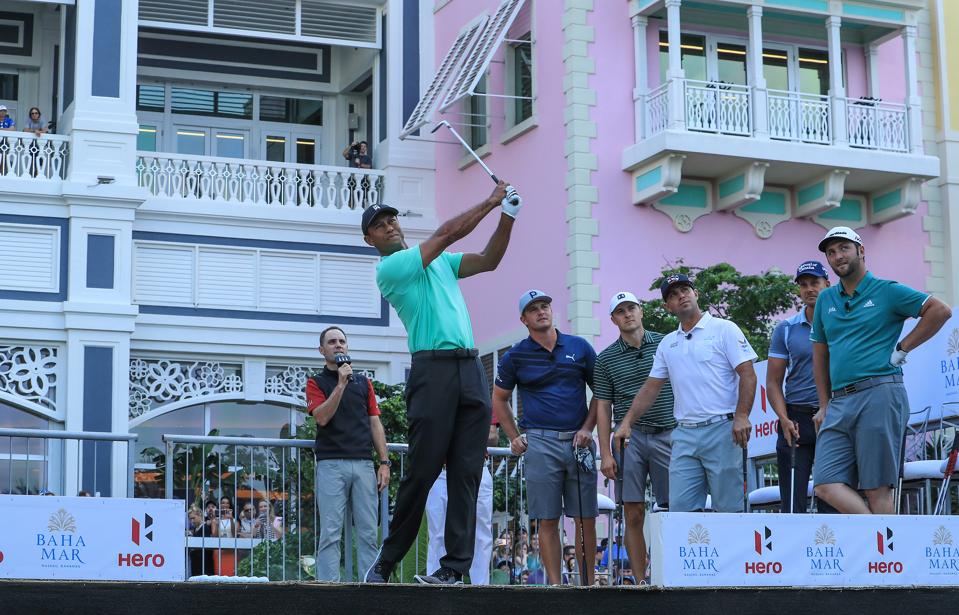 “I’ve been (a Bahamas resident) for the better part of a decade now. It’s near and dear to my heart coming down to this area, but it’s sad to see the devastation that happened because of Dorian,” Woods said Tuesday, at the Albany event’s media day. “Any way we can help rebuild, rebuilds lives. So it’s important for us as a tournament, with Hero as our partner to help any way we possibly can.”

Priori to tee-off, the Hero World Challenge announced that donations will be made to the ONE Bahamas Fund through an additional charity challenge to the players. During play, the tournament will make a donation of $500 for each birdie, $1,000 for each eagle and $2,500 for each hole in one made by the professionals in competition rounds from December 4-7.

Woods was also asked by reporters Tuesday about winning his fifth Masters Tournament this past April, and being selected as U.S. captain of the upcoming Presidents Cup, starting December 12 in Melbourne, Australia.

Woods said: “2019 has been incredible because I won a major championship again. And to come back from what I’ve come back from and have won three events, it’s been pretty good. (But) I need to keep practicing, I need to keep working on my game. Because at minimum next week I’ll be responsible for two points.”

Want To Improve The Social Determinants Of Health? Here Are 8 Solutions

How This Woman Built A Clean Beauty Brand...

This Week In Credit Card News: Paying With...

Top 10 Books For Entrepreneurs On Lockdown Due...