Breaking
Your Guide to Online Marketing
How to find a Solicitor in London
5 car tyre and safety tips for a...
Everything You Need to Know About Corporate Social...
Is Adaptive Leadership the Key to Motivating Employees?
Why business events are set to return with...
Business events set to return with a bang!
Expanding Internationally: 5 Things to Consider for eCommerce...
How the Machine Shop Is Going Digital in...
Sustainable Food Packaging Is Helping the Hospitality Sector...
Top 5 Investment Practices To Make More Money...
Managing IT Requirements for SMEs: 5 Aspects that...
How To Build a Successful Luxury Brand In...
Finding The Best Google AdWords Consultant for Your...
8 Top Tips To Help Your Agricultural Business...
Three Reasons Why Office Décor and Design Are...
Home Social Media TikTok To Be Banned In USA, Trump Announces
Social MediaTechnology 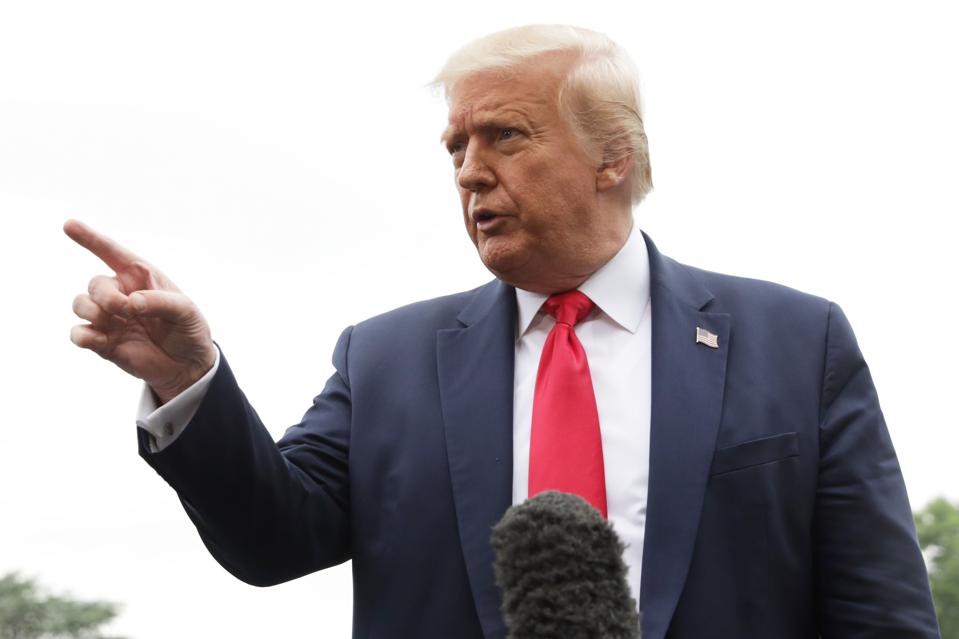 President Trump told reporters on Air Force One tonight that he plans to ban Chinese-owned TikTok from the United States. In addition, he does not plan to allow a U.S.-based company to buy TikTok from ByteDance, the Chinese company that owns the platform.

As recently as today, Microsoft was said to be in talks to buy TikTok from ByteDance. ByteDance is currently valued around $100 billion, and TikTok’s price tag has been rumored to be around $50 billion. Venture capital firms Sequoia and General Atlantic, investors in ByteDance, are also said to be interested. Those talks would now be in jeopardy, of course, and the price that any company including Microsoft might be willing to pay for the social media hit is likely tumbling.

TikTok is a massive global hit: the app had almost 700 million downloads in 2019, and was growing even faster in 2020.

Just a week ago, TikTok competitor Triller told me that TikTok would be banned in the U.S., and this week Triller filed a copyright infringement lawsuit against TikTok. Triller part owner and director Ryan also said that because ByteDance was Chinese, there should be no expectation of privacy on the app.

“The Chinese government owns Chinese companies,” Kavanaugh told me. “They have to do what they tell them to do.”

As part of a border dispute that turned violent, India banned TikTok in late June, causing the app to immediately lose 200 million users. At the time, an American ban was a distant possibility.

The U.S. ban would appear to be political as well.

Trump and his Secretary of StateMike Pompeo floated the potential ban in early June, with Fox News reporting Trump as saying “the ban would be ‘one of many’ options to punish China for its coronavirus response.”

That doesn’t sit well with TikTok’s most fanatical users: teens. Recently, as the possibility has become more likely, TikTok-using teens have banded together to review-bomb Donald Trump’s mobile apps, causing their ratings to plummet.

“Why are you banning TikTok?” asks a one-star review on the iOS App Store from “YEETERQUEEN” posted recently. “There are so many things that are more important than an app. You said you wanted to make America great again but idk if you understand how powerful we are. We still have more apps like Twitter, Instagram, Facebook and much more. I’m sorry that you think you can stop us by deleting an app.”

There has been legitimate concern about TikTok on the privacy and security fronts. Among other apps like LinkedIn, the TikTok app was checking information on your clipboard on iOS, where data goes when you copy it in order to paste it elsewhere. The company said it was a bug and fixed it.

It’s unclear why Trump would not be in favor of a U.S. company buying TikTok and ensuring that all data remains on local servers. However, the president seems very firm in his stated desire:

“As far as TikTok is concerned we’re banning them from the United States,” Trump said, according to the L.A. Times’ David Cloud.

In addition, the president says he is able to accomplish that via executive order.

From ByteDance’s perspective, this has to be a slow-motion disaster. India was a major market for Tiktok, but not one the company could easily monetize. U.S. users, on the other hand are much more valuable, and ad spend on the platform jumped 75X as ByteDance started to monetize late last year. It seems less and less likely that the company will avoid a ban in the U.S., and the price tag ByteDance could hope to command for TikTok is likely dropping by the day, given the app’s political entanglements.

If you ask ByteDance executives, that might be exactly the plan they suspect right now.