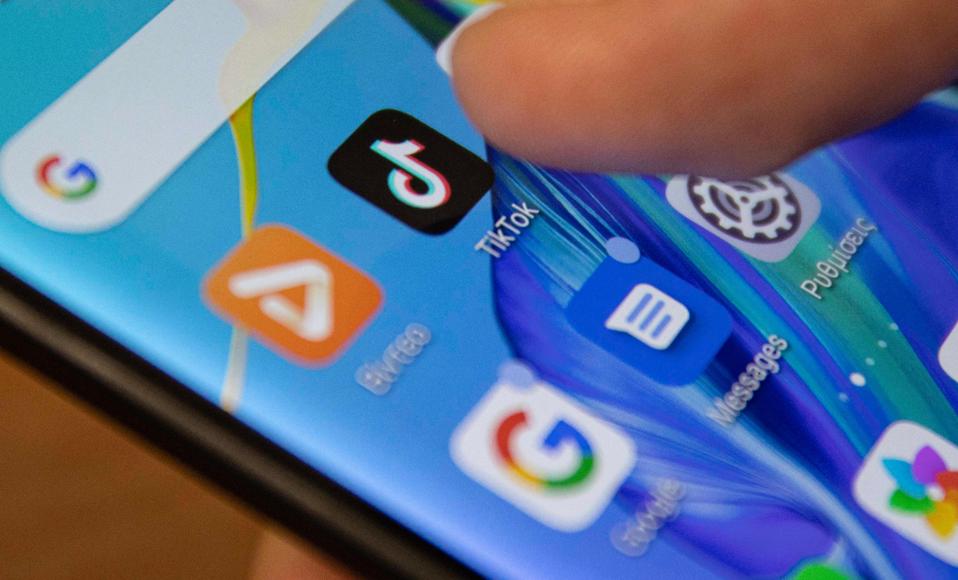 If you’re one of TikTok’s hundreds of millions of users, this will be a confusing time. With conflicting reports of bans and sales, prompted by President Trump’s threats to act against the Chinese platform, the question is what happens to you now? Millions use the app daily, and for many it is their source of income.

This weekend, it certainly seems as if we have entered a new phase, perhaps even some form of end-game for this recent escalation.

Late Friday, Trump made headlines when he appeared to ramp up recent pressure on TikTok, telling reporters that “as far as TikTok is concerned, we’re banning them from the United States.” Trump talked of various options being under consideration—by which he meant governmental action against the company. He also reportedly cast doubt as to whether the U.S. would support a sale of TikTok—in part or whole—to negate any such action taking place.

Prior to Trump’s late-Friday tête-à-tête with reporters aboard Air Force One, all the talk had been of a sale, potentially it seemed to Microsoft, and likely of TikTok’s U.S. assets rather than the entire platform. ByteDance, it appeared, favoured a sale to a trade acquirer rather than investors, as had been reported earlier last week, with Microsoft most likely able to land the U.S. entity successfully. According to Reuters, ByteDance had even agreed to forego any remaining stake in the U.S. entity to help ease a deal through.

But, late-Saturday, reports that such a sale was imminent appeared to be premature, with talks put on-hold as the various parties sought some confirmation from the White House as to what would be deemed acceptable to the administration.

There is also confusion as to exactly why the U.S. has become so concerned so quickly about TikTok. What’s the urgency, suddenly? Yes, the platform has been targeted by the U.S. before, with censure over data privacy and child safety and restrictions on its install onto military of government-owned phones, but talk of an imminent ban of some form, as first touted by Secretary of State Pompeo in July, was all new.

The U.S. has alleged that TikTok is spyware for the Chinese government, that is pulls data on its American users and sends it to Beijing—all of which its unproven and has been denied repeatedly and forcefully by TikTok and owner ByteDance. There are security concerns—but these are not centred on spyware allegations. TikTok does gather lots of data—all social media platforms do the same—but not currently more than those others. TikTok also assures that such data is not stored in China and is not provided to the Chinese authorities.

MORE FROM FORBESIs TikTok Spying On You For China?By Zak Doffman

The real concerns centre on TikTok’s vast and fast-growing user base—its potential as a platform for disinformation, pushing a Chinese-friendly narrative and its ability to gauge the mood and preferences of U.S. (and other) citizens to help influence and respond. There is also the “what happens when” allegation—just because Beijing isn’t using the platform today, doesn’t mean it won’t in the future.

So, for all those TikTok users watching these confusing events unfold, here are the five most likely options as to what happens next:

Despite the rhetoric and all the talk of sales and bans, it is conceivable—albeit increasingly unlikely—that TikTok will be able to cut some form of deal with the U.S. government. This is likely to include concessions around oversight and transparency, a watching brief from the FCC against some form of get-well plan as we have seen with other social media companies in the past.

It is also possible that there will be more formal safeguards around U.S. data than simple assurances from the company. Some manner of data stewardship arrangement, paid for by TikTok but operated by a trusted and independent third-party would work.

For users, this option will have little if any impact on the day-to-day running of the platform—perhaps a new privacy policy and clearer guidelines around data management and security.

If the U.S. does decide to “ban” TikTok, this will not be straightforward. Despite China having banned U.S. social media platforms, including Facebook, Twitter and Google’s various offerings, the U.S. will not want to do the same, risking accusations of censorship and limitations on media freedoms.

But the U.S. does have the option to add TikTok to the same type of Commerce Department entity list as has been used so effectively against Huawei, as well as a host of other Chinese technology and surveillance players. This would restrict U.S. companies from selling technology or providing services to TikTok—think high-end hardware, cloud processing and storage, even the app’s availability on Apple and Google app stores.

This would not be a ban as such, but it would have a similar impact. For users, this would make installing and updating the app difficult, and the operation of the back-end platform, in the U.S. at least, challenging. In all likelihood, this would curtail TikTok’s growth and open the market for others—Reels, for example, to pick up the slack.

Once TikTok loses high-profile U.S. celebrity users and influencers, the theory runs that this will have a knock-on impact on overseas markets. One would expect the U.S. to lobby other governments, starting with the likes of the U.K. and Australia, to apply similar restrictions in any case. India, TikTok’s largest market, has already proven itself more hawkish even than Washington.

The Treasury Department’s Committee on Foreign Investment in the United States safeguards investments by foreign entities of U.S. assets, where there might be security risks to the U.S. Last month, Treasury Secretary Steven Mnuchin confirmed that TikTok is under investigation by CFIUS, and a negative finding could force ByteDance to divest its U.S. entity. Such a move would most likely trigger the kind of U.S. entity sale that has been reported in the press, with ByeDance divesting its American assets to a third-party.

For users, assuming any CFIUS action prompted a sale rather than a closure, U.S. users would likely see a period of change as the American platform is separated from the rest of the world under some form of licensing arrangement. Clearly, the functionality of the app would need to cross between the U.S. and the rest, but it would be independently owned and managed, data safeguards would be in place, and there would be no way for Beijing to exert influence.

The complexity here would be in the design and deployment of those firewalls—a process that would likely be given some time to be put in place, with the potential for some restrictions until done so.

Prior to this weekend, there had been speculation that ByteDance might sell TikTok in its entirety, perhaps to a group of its large U.S. investors, in essence separating it from its parent company. Clearly there is complexity given the engineering and operations in Beijing—but the company has already been looking at options for an international HQ, likely in Europe, and has a U.S. CEO in place.

Likely impediments to this option include the price-tag. ByteDance is the world’s most valuable start-up and would want to see upwards of $50 billion for any sale. There is also the question as to whether the Chinese company would want to retain a financial interest in the platform, not wanting to forfeit the likely upside given its stellar position.

For users, this would be the most interesting option, creating a new U.S.-owned social media giant able to compete—unimpeded with Facebook, Snapchat and others. As things stand, it seems the unlikeliest option, though.

Prior to Trump’s threats late-Friday, this option looked favourite. There were reports that a deal for the sale of TikTok’s American operations could be secured and announced as early on Monday. To be clear, this deal would be of TikTok’s U.S. entity, not the broader group, and so would create a licensed version of the app—with some form of data interfaces to maintain functionality.

It seemed that Microsoft would take some form of stewardship role over U.S. data and security, with another third-party running the U.S. platform itself. No detail on how that entity would interact with the rest of TikTok, how engineering would be transferred from China, and how ongoing sharing would take place.

Though not as disruptive as a ban, the hive-off of TikTok’s U.S. operations, for a figure likely to be north of $5 billion, would see an impact on users in the short-term. It is also entirely possible that the U.S. entity might expand along different lines to the broader platform, all under whatever licensing terms would be in place, of course. As such, we could find some differences between TikTok in the U.S. and its operations elsewhere.

Everything now hinges on Trump and his administration and what they decide to do next and how quickly they decide to do it. The strength of the rhetoric has made it difficult, but not impossible, for a climbdown. Clearly, though, no form of sale will be secured with the White House’s sanction. As such, he next move is very much in Trump’s hands and TikTok, its investors, and its hundreds of millions of users need to wait and see.

That said, there is so much value in the scale and stickiness of TikTok’s user base that it’s difficult to envisage no form of commercial way-out being found. The political backlash against destructive action would likely be severe. Not only from TikTok’s tens of millions of U.S. users, but also from the media and big tech that would not want to see a media company brought down in this way.

That’s good news for users, but comes with a caveat. Huawei is the other headline act in the U.S. campaign against CHina’s leading tech giants. And while Huawei continues to thrive, for users around the world the U.S. action has had a serious impact—the loss of Google from the company’s phones, for example. That’s useful lesson for TikTok’s millions of users to keep in mind.

Here’s Why Your Apple App Store Purchases May...

Tesla Vs Everyone Else: Why Electric Cars From...