Breaking
Florida Supreme Court Tells The American Bar Association...
How to Write Perfect Paid Social Media Marketing...
How To Boost Productivity In Your Small IT...
How Restaurants Can Design a More Sustainable Food...
Expenses That Small Business Owners Need to Be...
How You Can Make Saying Goodbye To The...
Biden To Meet Royal Family At Cornwall’s Eden...
It’s Going To Be Emotional — Going International...
Peer Mentoring For Students: STEM & Buds
7 PR Trends in 2021: The Story So...
Google Plans Radical New Google Pixel Smartphone Upgrade
Where Did COVID Come From?
Ride To Growth With A Business Vehicle
C3.ai’s Tom Siebel: How To Scale AI
Moz Acquired by iContact Marketing Corp
10 Examples of Brands Using TikTok Stitch and...
Home General Timing Is Everything: How The Secrets Of Chronobiology Can Transform Organisations And Save Lives
General

Timing Is Everything: How The Secrets Of Chronobiology Can Transform Organisations And Save Lives 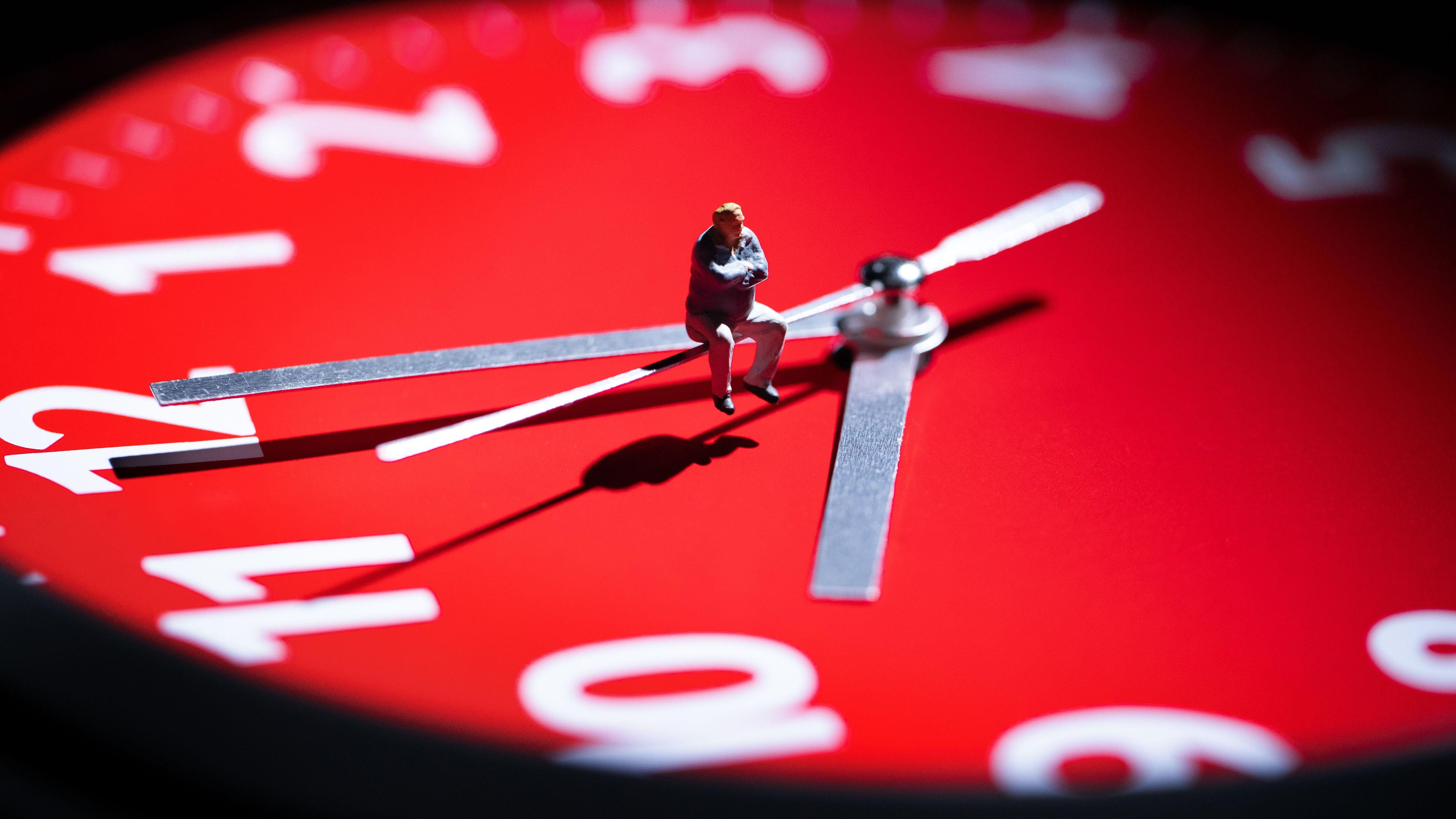 Does your organisation think about timing? My guess would be no, not really. We think long and hard about why we do things, which methods and tools we use and who is best suited to do them. Yet, when it comes to the ”when”, timing is often overlooked, treated like an art rather than a science. At best, we pay lip service to the idea that the time of day that something happens is important.

This oversight is a grave mistake. A growing body of scientific literature suggests that timing is far more important than we had imagined – both at the ‘micro’ level (the impact of timing on our genes, hormones, physiology) and at the ‘macro’ level (the interplay between timing and human behaviour, mood, performance and disease). The field of ‘chronobiology’ is drawing together research on timing from a range of academic areas that had previously remained siloed.

As we make new discoveries about timing, there are stark implications for the way we work. For healthcare in particular, there are some remarkable, concerning findings around timing along with tremendous potential for using timing to improve patient care.

The Hidden Pattern of The Day

The key premise from this research on timing is one that we all instinctively know to be true, namely that our mood and cognitive ability are not static throughout the day.

Instead, we can all be considered to have a ‘chronotype’ based on our individual circadian rhythm (the body’s internal timekeeper). The majority of us tend to be more like morning ‘larks’ than night ‘owls’ and where we fall on this spectrum impacts significantly on how we function across the course of a day.

Growing evidence suggests that the time of day we perform an activity can have markedly beneficial or detrimental impact on the outcome. In his excellent book on the science of timing, Daniel Pink brilliantly pulled together some of the most compelling studies on behaviour and human performance across the span of a day and highlights what he calls ‘the hidden pattern of everyday life’.

Building on earlier findings from Daniel Kahneman’s Day Reconstruction Method, Pink describes a clear pattern of performance and mood as the day progresses:

(i) In the morning, our vigilance, mood and focus are highest, making this time ideal for analytical, detail-focused work;

(ii) By early afternoon we start to suffer a significant dip in our attention, mood and cognition which lasts until the late afternoon; if possible, this is the time for low-stakes, administrative work;

(iii) the evening sees our mood improve, with some (but not full) recovery of our attention, leading to a ‘looser’ cognitive state ideal for creative, lateral thinking and problem solving.

For the approximately 25% of individuals who learn towards the night owl chronotype, a different model applies. For night owls, morning is the trough, followed by a recovery and then peak in mood, attention and performance in the evening and night.

U.S. researchers analysed 500 million tweets from 2.4 million Twitter users in 84 different countries over 2 years. Using powerful natural language software, they were able to evaluate the emotional or mood of the tweets (hopeful vs pessimistic, excited vs lethargic).

The results show the same morning peak, afternoon trough and evening recovery. Remarkably this pattern held across different ethnicities, geographies and religions, from large, diverse countries like the U.S. and smaller, more homogenous countries like the United Arab Emirates.

In Denmark, school children take standardized end of year tests. These are spaced out throughout the school day to accommodate the many children taking the tests. When the results of 2 million tests were correlated with the time of day the test was taken, Harvard researchers found that not only were morning test scores significantly higher on average, but scores fell consistently every hour after 12pm as the afternoon progressed. The difference in test scores in the late afternoon versus mid-morning was the equivalent to an effect normally associated with a pupil missing several weeks of school or coming from a lower socioeconomic background.

Finally, a famous study of criminal court judges evaluated the impact of timing on parole requests (ie, should a prisoner be released early for good behaviour). Evaluating over 1,000 criminal rulings, the likelihood of a favourable ruling was dramatically greater at the very beginning of the work day or after a food break than later in the sequence of cases. This was amongst professionals whose job requires exercising the highest standards of impartiality and being unbiased by external factors.

Hand washing in a hospital is an essential practice, vital to reduce healthcare-acquired infections. Disturbingly, timing has a huge impact on staff compliance with hand washing. An innovative study tracked hand washing amongst 4,000 hospital doctors and nurses going about their daily practice from 2010-2012. This was long enough to cover over 13 million ‘Hand Washing opportunities’ – ie, when a professional should have washed their hands –  distributed across 35 hospitals and 56 hospital units. Electronic radio-tags tracked the date and the time when a healthcare professional enters the area monitored by a given dispenser as well as whether the caregiver uses the soap dispenser (ie did they wash their hands.)

Rates of hand washing fell by 40% in the afternoon vs the morning, amongst the same professionals who were (relatively) diligent just hours earlier. This decrease in hand hygiene compliance would contribute to approximately 7,500 hospital acquired infections per year at an annual cost of approximately $150 million in the hospitals included in this study.

In the operating theatre, electronic records of over 90,000 surgical cases showed that anaesthesia-related errors peaked in the late afternoon vs the morning. Patient harm from as a result of anaesthetic adverse events was 3 x times as high at 3pm vs 8am, with the rate of other adverse events or errors (this time, without patient harm) were 4 times as high.

Timing impacts healthcare beyond the confines of hospital care. Family physicians’ willingness to prescribe antibiotics increased as both the AM and PM sessions progressed, even when antibiotics were not strictly indicated according to guidelines. Doctors appeared to become ground down by decision fatigue as the demands of making high number of choices depleted self-control and ability to regulate decision making as their working day progressed.

Your Endoscopist Will See You Now

These findings suggest that timing may be a critical factor in both performance and outcomes in clinical medicine. Where this is most dangerous is not that the hidden pattern of the day impairs our judgement, cognition and functioning, but rather that in our tendency as human beings with egos, experience and professional training, we may significantly underestimate the effect that timing has on our performance and cognitive ability.

Skilled gastroenterologists undertaking colonoscopies are a group of healthcare professionals where it has been easy to measure the impact of timing. Studies from the U.S. drawing on data from thousands of colonoscopies found that as endoscopists’ days drag on, their vigilance falls, with a decline in the average number of polyps (abnormal areas possibly representing cancer) found per patient as the day progresses. This decrease in diagnostic accuracy remained even when accounting for other factors, for example the experience of the physician involved.

Ultimately, a meta-analysis of studies with 38,063 patients and found that it is the cumulative cognitive fatigue across the course of the day that impacts on diagnostic accuracy in colonoscopies (rather than simply the time of day).

Where to go from here? The first step is to recognize that the time of day and cognitive fatigue likely plays a bigger part in healthcare than we might have suspected and that ignoring timing is no longer an option. The studies covered here provide some insights and clues for possible solutions.

When endoscopists only worked a half-day patient list, the effect of reduced accuracy disappeared. Seasoned professionals can dip in performance if they work for too long, but shorter working periods eliminated this.

In the study looking at hand washing amongst healthcare professionals, timing was a factor beyond simply the last 12 or 24 hours. Hand washing compliance improved in proportion to the number of days off that a nurse or doctor had since their previous shift. Conversely, the greater the number of hours worked in the previous 7 days meant lower their compliance on return. In the context of high intensity hospital work, cognitive fatigue seemed to accumulate over the week as well as during a single day. Days off work were protective and led to higher compliance.

Daniel Pink describes “vigilance breaks” as being a key tool to refresh our minds; in Denmark, the study looking at the timing of school tests noted that in cases where exams occurred straight after a 20 minute play-break outdoors, scores broke the trend of the afternoon decline. Factoring in break times was actually protective against the afternoon effect.

The Future Of Timing And Human Performance

As the field of chronobiology expands in scope and breadth, fresh thinking and novel research approaches can help piece apart the complex interplay of factors which can influence cognitive function and behaviour and so provide breakthroughs in understanding the relationship between timing and human performance.

As for how timing science can reach the next level, a parallel can be drawn from the recent rise to eminence of the science of sleep, with Matthew Walker’s excellent book ‘Why We Sleep’ helping bring a better understanding of sleep research into popular consciousness. The needle has moved in regards to how society and organisations view sleep; 20 years ago, the thought that that companies would introduce ‘nap pods’ for workers would be hard to imagine; now such changes are increasingly normalised. The science of timing needs a similar ‘breakout’ moment.

Daniel Pink has written eloquently on the critical lessons that other industries can draw from emerging timing science. Focusing on healthcare, we must acknowledge that how we structure our days and build in breaks is a critical part of planning healthcare delivery, no less important than investments in new staff and technology. In the high-stakes, skilled tasks commonly undertaken in hospitals and clinics, we must no longer ignore the hidden dimensions of timing.

Renewables And Energy Storage Are Surging In Red States