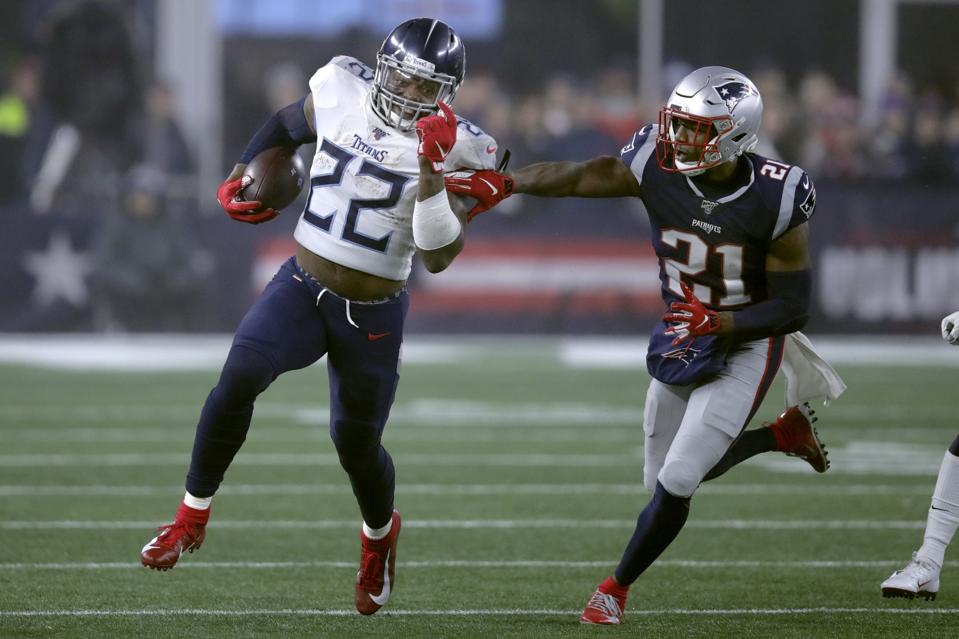 After a berserk wild-card round, which featured three visiting teams winning, two overtime games and four one-score games, the NFL playoffs take the next step this weekend with the divisional round.

The four teams with a bye watched the chaos of the wild card round. Frankly, most of those teams are preparing to host teams that they weren’t expecting to. This all could lead to more bedlam this weekend.

To help ready you for it all, we’ve identified five key players to watch this weekend, presented in alphabetical order:

Frank Clark: The Kansas City Chiefs traded a first-round pick in 2019, a second-round pick this year and swapped third-round picks in 2019, to the Seattle Seahawks and, in turn, gave Clark a five-year, $105.5 million deal for moments like this. Yes, it was a steep compensation and financial commitment. But Clark is a key to a resurgent Kansas City defense. The Chiefs believe they could have won the Super Bowl last year with better defensive play, so it was the focal point of the 2019 offseason. After a slow start, Clark has turned on his pass-rush burst. Clark, who dealt with a stomach ailment for much of the season, had three of his eight sacks in December. He is a big part of a defense that has allowed just 69 points in the past six games. Clark will be in charge of keeping Houston Texans’ quarterback DeShaun Watson from taking over games as he did last week against the Buffalo Bills. Clark is a massive reason why there is hope for a first Super Bowl title in Kansas City in 50 years.

Jimmy Garoppolo: He’s QB1 of the top seed in the NFC. There is huge pressure on Jimmy G in San Francisco. On one hand, the San Francisco 49ers are thrilled that they are in this position just 24 games into the Garoppolo era (he missed 13 games last season due to a torn ACL in his knee.) But now that the 49ers are in this position, it is up to Garoppolo to do his part. Garoppolo, who is in the second of a five-year, $137.5 million deal, hasn’t been spectacular this year, but he has been solid and been a perfect fit for the team. Now, that the playoffs are here and the Super Bowl is within reach for the 49ers, Jimmy G. is going to have to carry his team against a rabid Minnesota defensive front that gave trouble to future Hall of Famer Drew Brees all game last week.

Derrick Henry: The punishing running back is the main focal point of the Baltimore Ravens’ defense this week. Henry, who won the NFL rushing title with 1,540 yards, had a whopping 182 yards on the ground in a Titans upset win at New England in the wild-card round. Henry is a free agent and is about to break the bank. But until then, he will be a major problem for Tennessee opponents.

Lamar Jackson: Jackson is the most fascinating player in the NFL at the moment. The likely NFL MVP set the league on fire in 2019 with his sudden improved passing accuracy and his ability to take over the game on the ground. He’s a true double threat. Jackson, who turned 23 Tuesday, is the reason why the Baltimore Ravens are the Super Bowl favorite. Now, it’s the Titans’ turn to try to slow him down.

D.K. Metcalf: The Seattle Seahawks’ rookie receiver had an unreal playoff debut against the Eagles on Sunday. The second-round pick from Ole Miss had seven receptions for 160 yards and a touchdown in a, 17-9, Seattle win. Metcalf, who has an incredible combination of size and speed, had 58 catches for 900 yards in the regular season. So, his playoff performance was no fluke. He will be a focus of the Green Bay defense all week.

BAC Bulls Gear Up for Earnings

Inside-Out Terraplanter Wants To Transform How You Grow...