To Dig Deeper Into Human History, These Archaeologists Are Going Underwater

The term “underwater archaeology” often brings to mind images of shipwrecks submerged in the ocean floor. But a new study shows that there are likely many important clues about human history hidden beneath the sea floor, and it’s possible to find them.

A team of archaeologists has identified two underwater archaeological sites off the coast of northwest Australia: Cape Bruguieres and Flying Foam Passage. The discovery marks the first underwater sites found on the continent, the team reported July 1 in the open-access journal PLoS One. It also demonstrates that it’s possible to recover important clues about human history from the sea floor, especially in Australia.

“Our results represent the first step in a journey of discovery to explore the potential of archaeology on the continental shelves which can fill a major gap in the human history of the continent,” first author Jonathan Benjamin, an archaeologist at Flinders University in Adelaide, told CNN.

Benjamin and his team found 269 stone artifacts at Cape Bruguieres, just under a third of which are constantly submerged under 7.8 feet of water. The rest were found in the intertidal zone that gets exposed as the tide goes out and submerged again when the tide comes in. Carbon dating placed the artifacts at about 7,000 years old. They found sharp stone flakes that had been chipped off of larger rocks to be used for cutting or scraping, cone-shaped rocks likely used for grinding, and two objects that appear to be grinding stones.

The second site, Flying Foam Passage, is a freshwater spring 45 feet below the ocean’s surface. When divers were sent to investigate the site, they found only one artifact: an 8,500-year-old stone tool similar to those found at Cape Bruguieres. The researchers speculate that the tool came to be in this area because Aboriginal Australians may have used the spring as a source of fresh water before it became inundated with saltwater as sea levels rose. 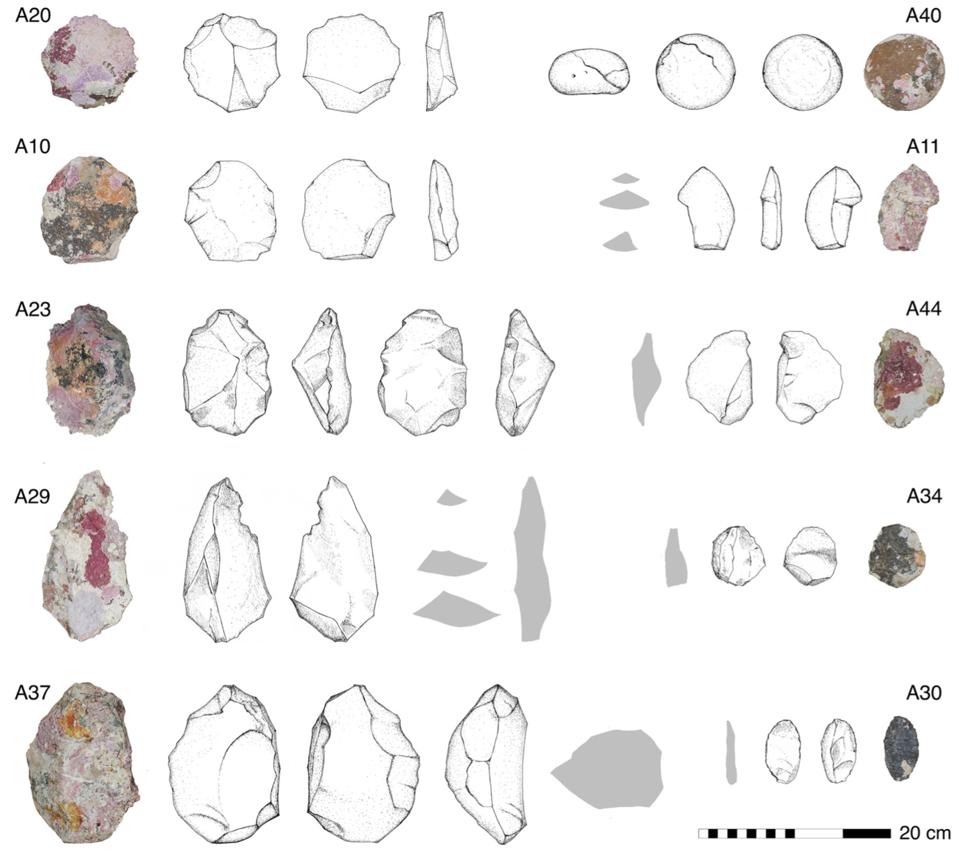 These photos and drawings show some of the stone artifacts, which may have been used for hammering … [+] (A40) or cutting and scraping (A11 and A29).

Australia was one-third larger during the Last Glacial Period, which lasted from 110,000 years ago to 10,000 years ago, than it is today. Many important moments in human history happened during that period: humans were building boats, fishing and collecting other resources from marine habitats, and taking humanity’s first steps into the Americas and Australia.

The Last Glacial Period ended around 10,000 years ago when global temperatures warmed – melting ice, rising sea levels, and covering over 7.7 million square miles of land worldwide with seawater. About 10 percent of that land was along the Australian coastline.

Archaeologists have long speculated that many clues about early human history were buried under feet of water as sea levels rose. But searching for them isn’t easy.

Underwater archaeology isn’t as simple as archaeology, just add water! Turns out that adding water – especially seawater – to the mix creates a whole host of difficulties. For example, salt and sand in the seawater could erode artifacts, or ocean currents could move artifacts vast distances or bury them under thick layers of ocean sediment. Many of the artifacts were covered in algae, corals, sponges and other marine life that made it harder to study the tools they recovered from the ocean silt. And lastly, it’s difficult, dangerous, and expensive to get to sites offshore. So, archaeologists want to make sure there’s a good chance they’ll find something before they suit up for scuba diving. 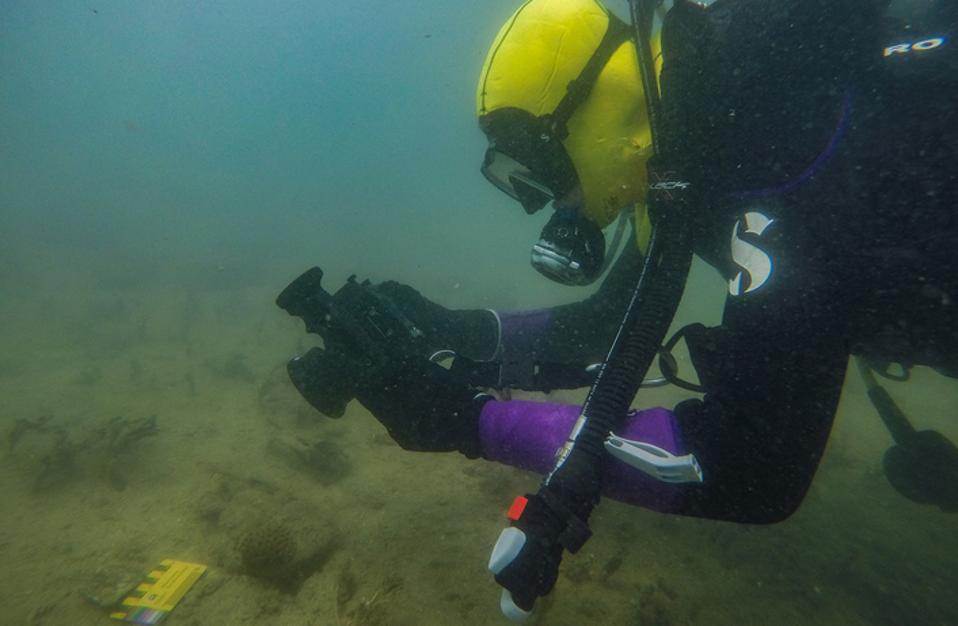 Divers found over 260 artifacts when they investigated Cape Bruguieres and Flying Foam Passage.

To scout out potential sites, the team mapped the Australian coastline using aerial photographs and LiDAR. They used remote-controlled drones to scout the area from above and a sonar system to get an accurate layout of the ocean floor in 3D. And if everything looked promising, they sent in archaeologically-trained divers to look for artifacts.

After three years and several excavations that turned up nothing, the team found over 260 stone artifacts at Cape Bruguieres and Flying Foam Passage. The discovery demonstrates that it’s possible to recover and study artifacts that have been underwater for thousands of years, and underscores the importance of taking archaeological efforts out to sea.

“A lot of our understanding of Australian Indigenous archaeology is based on sites that would have been significantly further inland,” Chelsea Wiseman, a graduate student at Flinders University, told Smithsonian Magazine. “This discovery will help indicate that there is more to be found offshore.”

The Effect Of Mandatory Mask Policies And Politics On Economic Recovery: A State By State View