Home Business To One Star, The N.H.L.’s Return This Season Seems Improbable
Business

To One Star, The N.H.L.’s Return This Season Seems Improbable 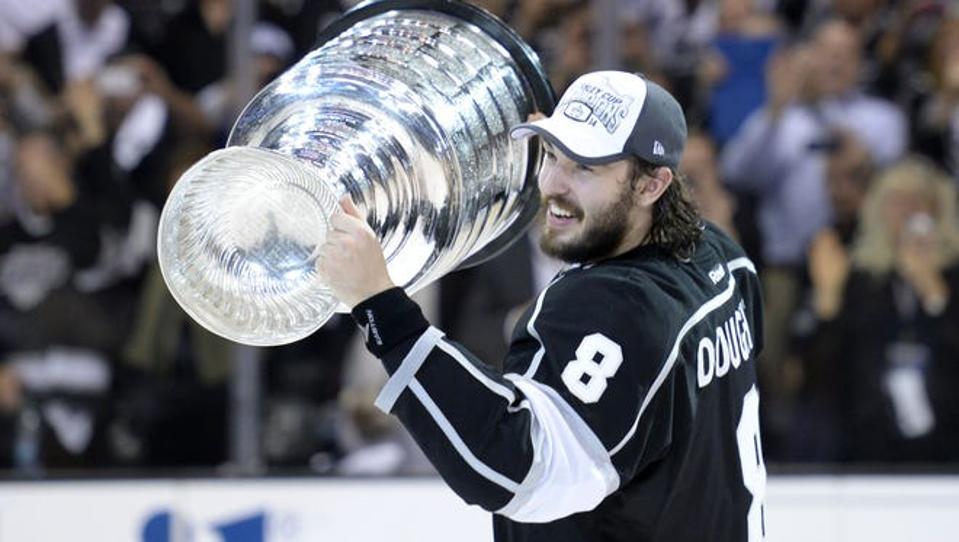 Drew Doughty has twice won the Stanley Cup, but said he doesn’t foresee anyone hoisting the trophy … [+] this season.

In March, precautions against the COVID-19 pandemic escalated quickly in North America, and the N.H.L. was no exception.

One veteran reporter with an ear to the league office and experience evaluating revenue-related decisions posited that there was a “zero percent chance” that the league would play games without fans. Less than a week later, the season was postponed entirely and now it appears that a resumption of play is very much in doubt.

In a teleconference from his home in London, Ontario, Canada Monday, Kings defenseman Drew Doughty addressed the possibility of play resuming, the validity of a playoff following an incomplete season, a potential postseason’s format, the logistics of determining who receives the top picks in the draft and a host of other increasingly murky queries.

“Honestly, I don’t see how the season is going to return. I really don’t,” said Doughty, who has won two Stanley Cups, two Olympic gold medals and a Norris Trophy as the league’s top defenseman.

He added: “The players want to play, the fans want to see us play. We want to play in front of the fans, but it seems like it’s going to be pretty tough to do that.”

Teams have been asked to confirm their arena availability through August as the N.H.L. exhausts options and prepares its contingency plans for any scenario in which they could resume regular-season play or dart into the playoffs directly to determine a champion. Doughty said he felt that any successful effort was difficult to foresee and that such an endeavor might produce a hasty, sloppy outcome. Given the humidity and temperatures of most U.S. cities in the summer—in places like Tampa Bay, even the spring has presented challenges—even the playing surface quality could be a major obstacle.

“I wasn’t even thinking about the ice conditions. That’s just another thing that would be not great about it,” Doughty said.

The integrity of competition and effectiveness of planning summer hockey weighed more heavily on Doughty’s mind.

“I know they so badly want to give out the Stanley Cup this year but, in all seriousness, it’s not going to be like winning a real Stanley Cup because the season wasn’t finished,” he said. “There’s teams that couldn’t get in the playoffs; I’m assuming they’d have to come up with a different playoff format.”

For many, the most pressing question is how much time is sufficient between a delayed Stanley Cup finals series and training camp, which typically begins in September. The N.H.L. playoffs are known for their arduous nature and extreme physical toll, much more so than the relatively ephemeral World Cup of Hockey, which made its return in 2016 after a 12-year absence. Doughty competed in the tournament, winning a gold medal with Canada, but paid a hefty price for that precious metal during the regular season.

“I never recovered from that World Cup for the rest of the season. I was sore after that, I was sore for the first two exhibition games and I was in absolute pain that whole season,” he said. “As much as I could mentally go into game mode, your body’s not ready for it if you don’t get a full offseason.”

In addition to contentiousness among playoff or potential playoff teams regarding berths and seeding, an incomplete season would leave disputes about the draft lottery. There have been some murmurs of a tournament between non-playoff teams to determine the draft order.

Doughty said he was prepared and ready to accept whatever decisions were made, but that he felt a situation where the postseason rolled into the regular season could be detrimental for players, suggesting it could “ruin your body.” A summer conclusion seemed difficult both to imagine and to support.

“I’m not a huge fan of it, as much as I want to play,” Doughty said. “I just don’t want things to go into the next season.”

Donald Trump And The Fed Have ‘Ended The Free Market’

Can BTS Chart A No. 1 Hit Without Radio Play?

The Next Revolution In Personal Finance: The Financial...

How The 2020 Elections Will Affect Your Company’s...