Breaking
Zooming In – Should SMEs Invest In The...
iOS 14: The Surprising Security Risk Of Sharing...
How A Break From Lord Sugar Changed The...
Sunday’s Google Doodle Is Actually About Google
Office Of The Comptroller Of The Currency Chief...
Source Code For Multiple Windows Operating Systems Publicly...
Why Forgettable Pfizer Really Is A Great Value...
Hot For The Holidays? Amazon Home Drone, Kid...
Best Small Business Loans
The FAAMG Stocks Drive The Markets
Channel Arbitrage And Other Ways Fintech Is Disrupting...
Mall Of America Extends A Hand Of Unity...
Surprise Samsung Galaxy S20 FE Beats Google Pixel...
After Apple And Tesla, Berkshire And Amazon Should...
Is It Wrong To Be Rich In Poor...
‘C&C’ Is 25: How ‘Command & Conquer’ Revolutionized...
Home Business Tony Harrison vs. Jermell Charlo 2 Odds, Records, Prediction: Boxing Biz
Business 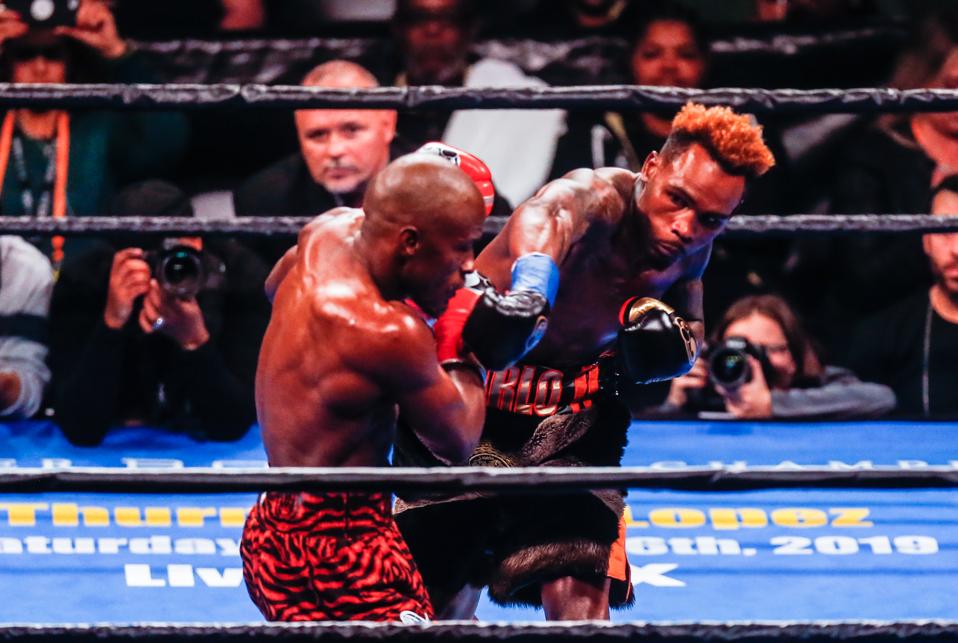 The trash-talking between Tony Harrison and Jermell Charlo in the leadup to their junior middleweight title rematch has been delicious and entertaining. The actual fight between the pair, in a primetime slot on Fox on Saturday night, might be just as good.

In the first match, 364 days ago, Harrison upset Charlo, winning by a close unanimous decision to deal Charlo the first loss of his career. Now, Charlo is vowing revenge, and the smack talk between the two apparently is legit. Harrison and Charlo really seem to despise each other.

“When we had the press conference to announce [the] fight, these fighters really did a lot of talking, but now I know they’re sick of talking,” Tom Brown of TGB Promotions recently said. “Now it’s time to fight … The 154-pound division is one of the hottest in boxing, but first it’s time to settle this rivalry. This is a fight that promises nothing but fireworks.”

There are plenty of reasons to watch Harrison take on Charlo again. Here are three of them.

1) The first fight was filled with messy scorecards and intrigue: I scored the first bout for Charlo rather easily. So, like Charlo, I was surprised when the scorecards were read. But Charlo plans to take a tougher approach on Friday. “I know that I won that first fight and I’m going to do things in a more dominant fashion this time,” Charlo said. “I’m going to be overpowering and ferocious. It will be the best Jermell Charlo. My plan is to show everyone that Tony Harrison is not on my level.” Harrison, meanwhile, doesn’t really care if you think he actually won the first fight. The right people did. “I had three judges who said I won, so I don’t think I have to change anything in my game plan,” Harrison said. “I’m happy. I don’t care about what him and his team is telling him. I don’t have to do anything different.”

2) Harrison hasn’t fought in a year: For a boxer who relies on his technical skills, the fact Harrison hasn’t competed since beating Charlo has to be a concern. The original date for this rematch was in June, but Harrison suffered an ankle injury and had to postpone the fight. Not that Charlo believes he was legitimately hurt. “He wasn’t really injured,” Charlo said. “We’re all boxers and we all go through things. It’s a wear and tear sport. … Maybe he used the smallest excuse and used it to get him out of the fight.” But according to Harrison, his long layoff won’t affect him. “I’m hungrier now because of the layoff since the first fight,” he said. “It hasn’t affected my mindset for one moment. Sparring has been intense for me. That’s where I got the rust off. I was pushed every day with guys trying to knock me out, just like he’s going to try to do.”

3) They both say the other is a fraud: All right, men. Just go ahead and trash talk each other with the best insults you can find.

Tony, you’re first: “Every time I see Jermell I just feel like he’s pretending. He’s convinced everyone he’s the toughest guy in the world. He gets up here and barks and makes excuses. I beat you the first time and I’m here again.”

Your response, Jermell? “He’s a fraud. He manipulated the system and he isn’t the real champ like I am. I’m the real champion and it will take me going in there and showing why I am the champ. I get to do that on Dec. 21.”

For their first fight, people who put their money on Harrison got a nice payday: Just before the bout, he was +850.

For the rematch, Harrison is still the betting underdog, but he’s not nearly as much of a longshot this time.

Before beating Charlo, Harrison had never triumphed vs. an elite fighter. He’d beaten shopworn fighters like Bronco McKart, Ishe Smith and Grady Brewer when they were well past their primes, and in his most important matchup before Charlo, Harrison was stopped by Jarrett Hurd. Beating Charlo, though, changed how boxing observers think about Harrison. Now, they know he’s pretty good after all. He is 28-2 with 21 KOs.

Charlo has plenty of solid victories against the likes of Vanes Martirosyan (when he was still a threat), John Jackson, Erickson Lubin and Austin Trout. He is 32-1 with 16 KOs, and despite his unimpressive knockout percentage, he’s won by stoppage in five of his last six victories. Including this one in June vs. Jorge Cota.

I thought Charlo won the first fight, and I think he’ll win the second fight as well. This time, though, I think Charlo is motivated enough to stop Harrison. Say, Charlo with the (T)KO in the eighth round. And then, if all those who can’t get enough of these two trash-talking are lucky, perhaps we’ll get a third fight to finish the Harrison-Charlo trilogy.

Kylo Ren, And The Wasted Potential Of The ‘Star Wars’ Sequel Trilogy