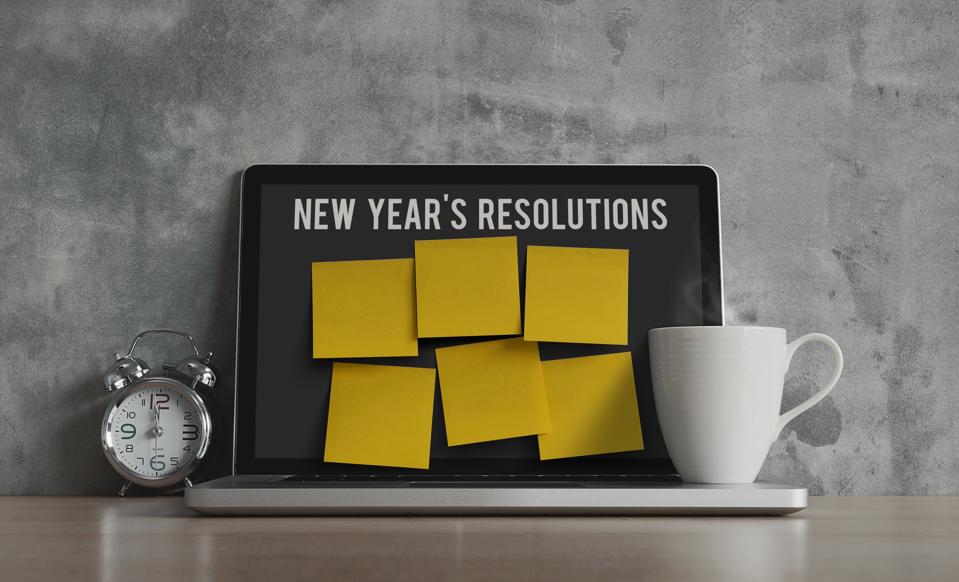 How can you make New Year’s resolutions that you can actually keep? (Photo: Getty Images)

It’s been a week since New Year’s Day. Have you broken all of your New Year’s resolutions yet?

If you have, welcome to what’s called reality. New Year’s resolutions can be like many Hollywood marriages. They can stick for a bit. Then something happens, and suddenly they’re not there anymore. A study published in the Journal of Clinical Psychology revealed fairly grim statistics when following 159 people who had made New Year’s resolutions. Just two weeks into the New Year, 29% had already fallen off the boat so to speak. At the one month mark, 36%. And six months into the year, 54% were no longer on course.

So you are resolving to make resolutions later? That’s a bit like getting down on one knee and telling your significant other that you would really like to get engaged someday. This is basically not making a resolution and then using false advertising.

9. Be good, be kind, be better, be best, or be whatever vague assessment word that you use.

Be better or be good aren’t much better or good either. Be better at what exactly? In 2020, I have already become better at walking down the street with the sole of my shoe coming off, because that never happened last year, or the year before. Vague resolutions are pretty meaningless and therefore easy to break, or fulfill, depending on your point of view. Instead, be specific about how you are going to be better or more kind. Maybe you can resolve to contact that person whom you bullied and make real amends. Or volunteer to help a good cause. Or stop calling your co-workers pediculous, which, by the way, means lice-infested.

8. Improve your health or eat better.

Speaking of vague, saying that you will improve your health without specifying how exactly is meaningless as well. Promising to eat better makes things a bit more specific, bringing the focus to your mouth, unless, of course, you are a plant. But can you still be more specific such as “ I will no longer drown my sorrows in Cheez Whiz” or “I will start reading food labels and avoid everything that has over 30% sodium?”

7. Have more sex, get a significant other, or get married.

These resolutions all fall into the category of “requires someone else to consent to fulfill.” Unless you are making a joint resolution with someone else who willingly agrees with you, you would be missing at least one half of puzzle here, or more than that, depending on what happens to be your thing. Don’t make resolutions that are beyond your control or make you believe that you have control when you really don’t or shouldn’t. Remember what Morpheus said in The Matrix about free will. Replace such resolutions with something that you can instead control, namely yourself. Try resolutions like “I will be open to dating a wider range of people” or “I will no longer insist that my significant other looks like one of the Avengers” or “I will try to shower regularly.”

6. Become an Olympic Gold Medalist, turn into Captain Marvel, exercise four hours a day, or anything that is just not attainable for you.

“You can do anything you set your mind to” is how the saying goes, right? Wrong. No, you can’t. There are limits to what you can do based on your innate talents, abilities, circumstances, and available time.

That doesn’t mean that you should just give up and flood your mouth with Cheese Whiz. Instead, set more realistic short-term goals, ones that fit you and your current situation. If the only running that you do now is to the bathroom, don’t resolve to “win a marathon” this year. “Complete one” may be a little more realistic. Or how about “run a mile without crawling and sobbing”? Or even, “run.” If you make a goal too unrealistic, chances are you will get frustrated and just quit. Start modestly and raise your goals only after you’ve achieved your initial ones.

Gee, what would be great for your self-confidence and feeling of self-worth? How about trying to be someone completely different? How about aiming to be someone whom you don’t even know and who doesn’t know you? Oh, and try to do it without the same resources, helpers, make-up, air brushing, and CGI that he or she has. Yeah, this is going to end well.

Bottom line: don’t try to be someone else, unless, of course, it’s Baby Yoda. Then you’d be adorable.

4. Join a gym or get some type of exercise equipment.

OK, this is a resolution that’s fairly easy to keep. You just have to have a credit card and be willing to use it. The problem is joining a gym or buying the vibrate your tummy-sizer alone is not going to do anything except make your wallet lighter. Gyms can make a healthy profit from new memberships in January that go unused later in the year. Instead, choose an activity that you can more easily integrate into your daily activities, like resolving to bike to work, join a sports league, or doing jumping jacks on your boss’s desk. The last of these will help you if one of your other resolutions happens to be “quit my job.” 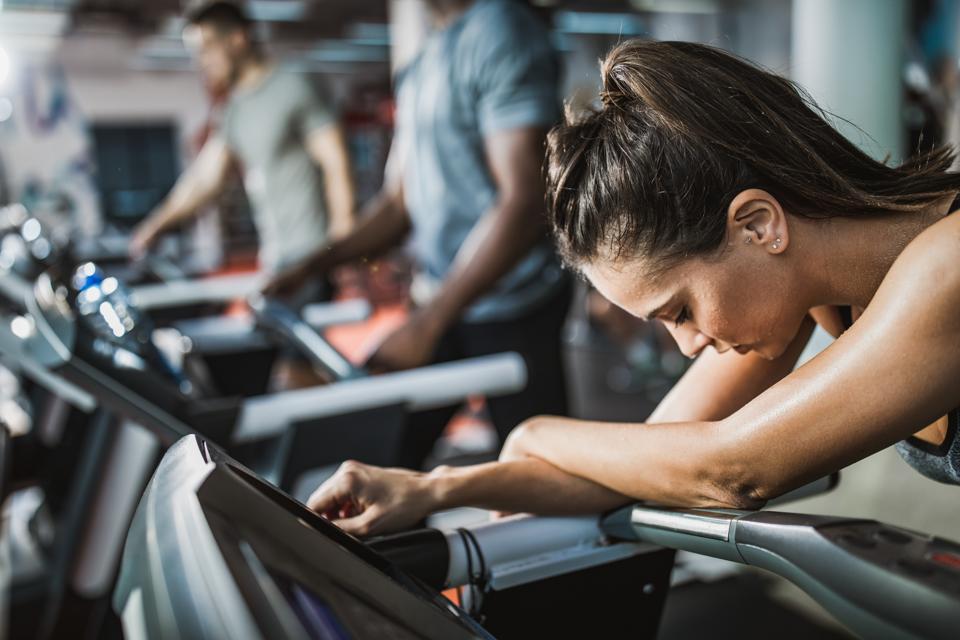 A gym membership alone won’t do anything except help your wallet lose weight. You have to actually … [+] want to go to the gym. (Photo: Getty Images)

3. Do some extreme or crash diet or any other type of drastic behavior.

You are not a microwave oven. You can’t just turn and off at a moment’s notice. For example, if you’ve been smoking for many years, simply quitting cold turkey is probably not going to work. You have to ease into behavior change, making small gradual changes. Plus, many types of radical behavior changes like crash diets, diets that focus too heavily on one thing, or too intense physical activity can be quite unhealthy.

Here is an ABC Action News story about a woman who caused damage to her body by trying a series of fad diets:

This is an outcome and not a change in behavior. This is like saying that your goal when looking for a job is to get rich. You can’t guarantee yourself that you will lose a certain amount of weight. Not everyone is the same. Some people can do all the “right things” and still not lose weight. Focusing on the outcome and not the journey can lead to really unhealthy situations, like crash dieting to meet a goal or feeling depressed when you can’t achieve the goal. Instead, resolve to change something that you can better control, like cutting down on eating processed foods, and then see what happens.

Here is a TEDx talk from former Denver Broncos running back Reggie Rivers about how focusing on goals is not the way to achieve them:

It’s been said that “insanity is doing the same thing over and over again and expecting different results.” If you haven’t been able to keep a resolution before, what makes you think that things will be different this year? Maybe it’s time to find other resolutions. 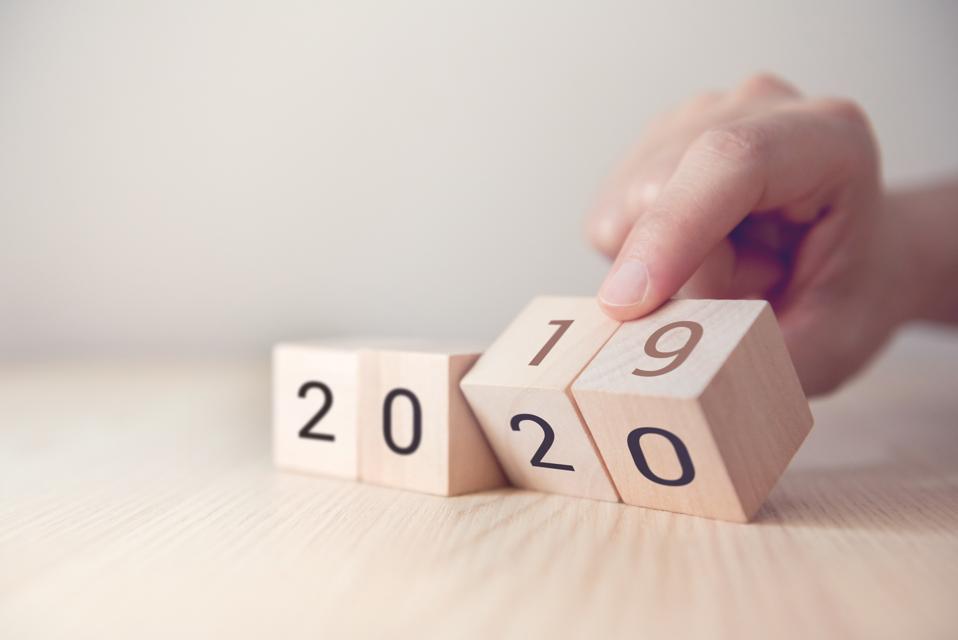 Remember, the key to making a good resolution is to make it as specific as possible and readily attainable. Oh, and make it something that’s actually healthy and a positive change for you. After all, resolving to drink 1,000 packets of coffee creamer is very specific and very doable, but may not be the kind of resolution that you want to make.