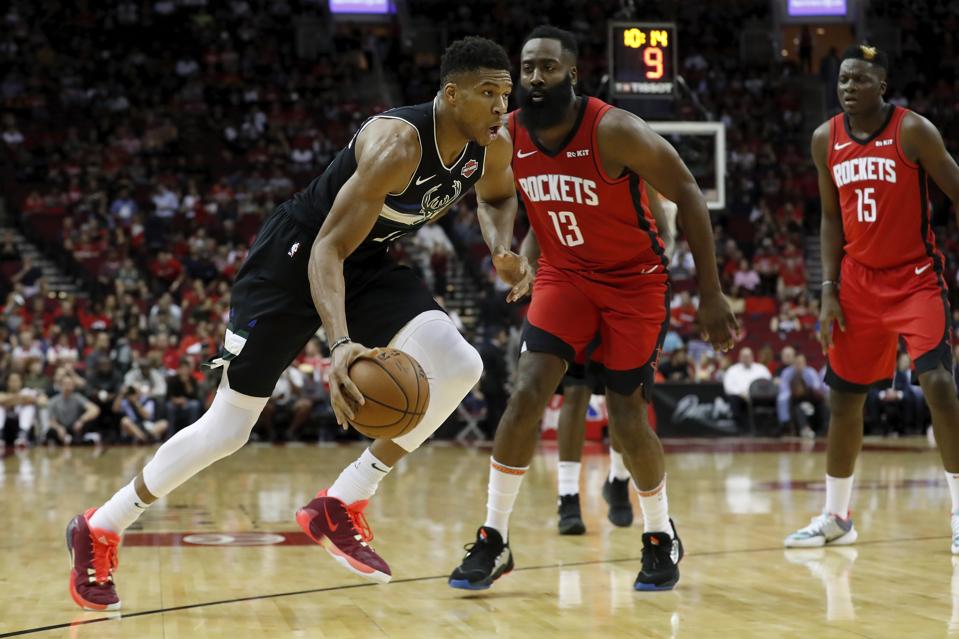 HOUSTON, TX – OCTOBER 24: Giannis Antetokounmpo #34 of the Milwaukee Bucks drives to the basket … [+] defended by James Harden #13 of the Houston Rockets in the first half at Toyota Center on October 24, 2019 in Houston, Texas. NOTE TO USER: User expressly acknowledges and agrees that, by downloading and or using this photograph, User is consenting to the terms and conditions of the Getty Images License Agreement. (Photo by Tim Warner/Getty Images)

It’s time, once again, for a checkup on how the NBA’s individual stars have performed this season.

There are various catch-all metrics around the internet which endeavor to answer who’s playing best (or, at least, attempt estimate impact). But each one emphasizes different things. And none are perfect.

Bojan Bogdanovic is averaging 21.1 points and shooting 44.6% from three. Utah’s net rating is almost 20 points higher when he’s on the floor. And yet, box plus/minus says he’s below average right now.

FiveThirtyEight’s RAPTOR rating has Will Barton and Christian Wood at No. 8 and No. 9, respectively. Both have been great, but are you sure they’re top-10-impact great?

Instead of trying to keep up with all four and deciding which one feels most accurate day to day, there’s a way to level off the focuses of each number.

If you take every player in the league with 250-plus minutes and sort them by the average of their ranks (you don’t use the actual stat, since they’re all based on different formulas) in both the rate and cumulative variants of real plus-minus, RAPTOR rating, box plus/minus, player impact plus-minus and game score (just a simple way to include raw box-score contributions), this is the top 100 on Christmas Day, 2019: 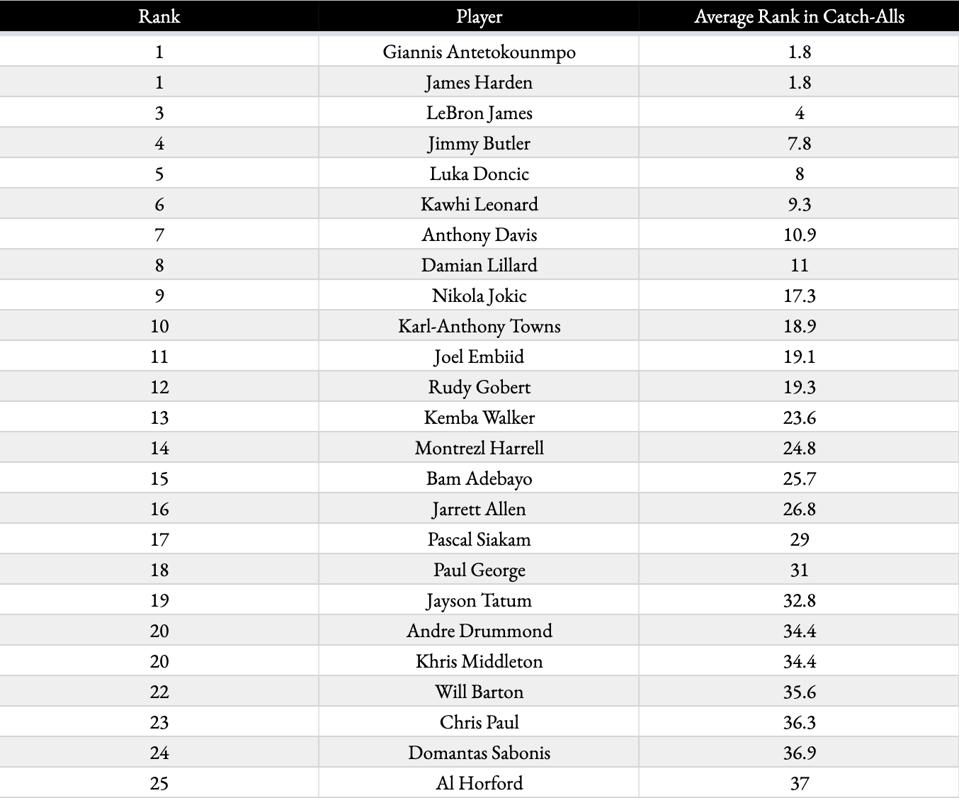 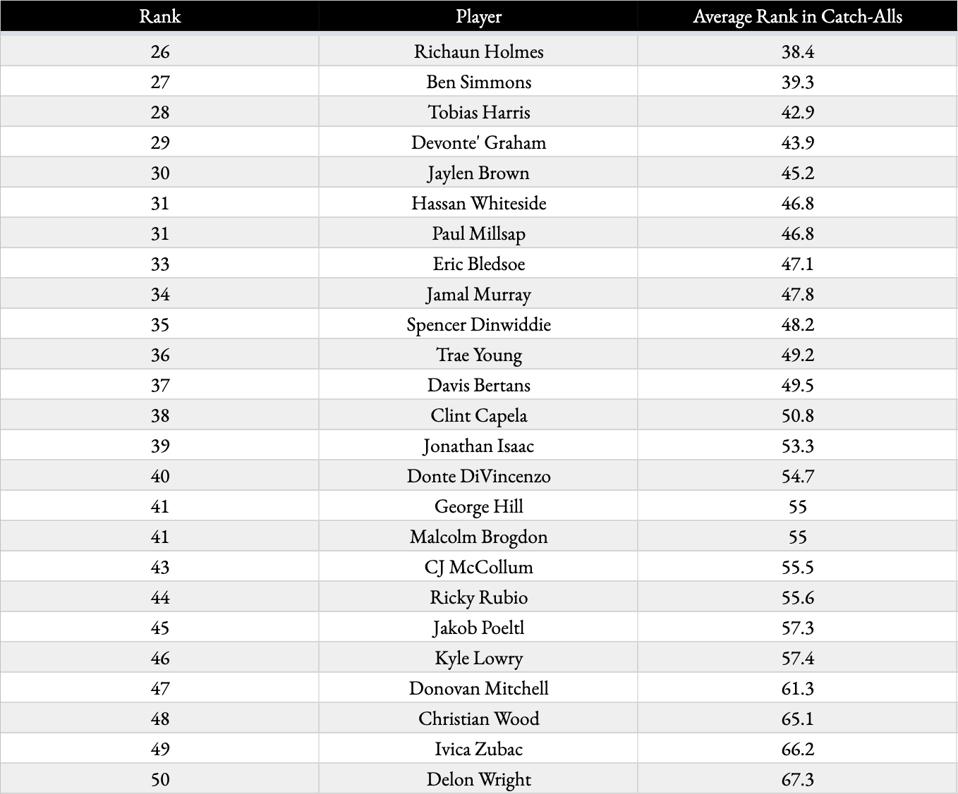 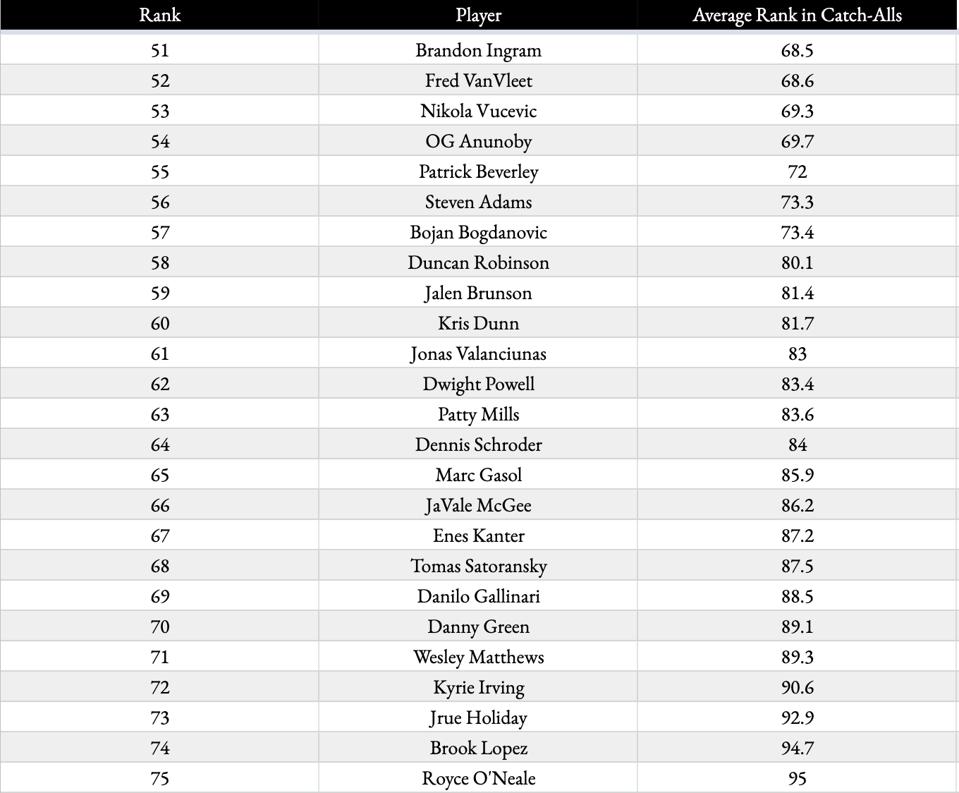 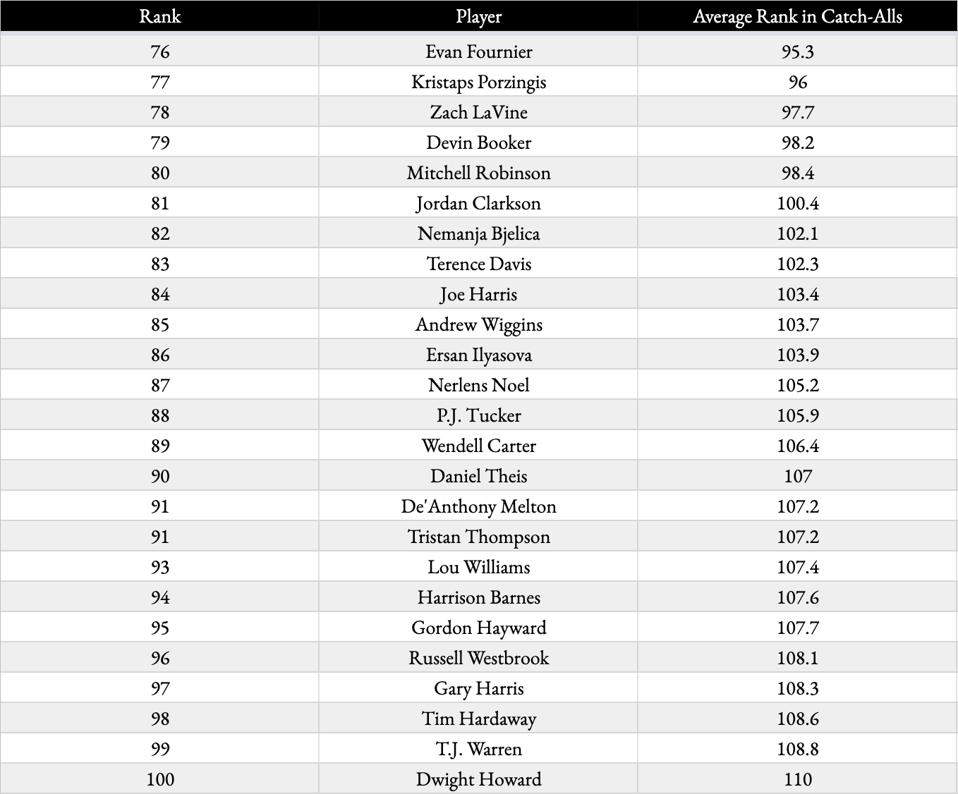 To see the rest of the 315 qualified players, click here.

Just like the catch-all metrics from which this exercise is derived, there are certainly some outliers, but the top of the list generally feels accurate.

And there’s obviously still value in knowing what’s going on “under the hood,” as the Athletic’s Seth Partnow tweeted. So, independent reading on what goes into each number can be instructive.

But if you’re willing to look at this aggregate approach with the appropriate context and grains of salt, you can get a decent snapshot at how the league’s individual players are performing.

The Lakers’ Next Roster Upgrade Isn’t Worth The...