Breaking
Why businesses should prioritise Cyber Security
What You And Your RTO Business Need To...
4 SEO Trends for Websites You Should Not...
3 Reasons Why Desk Booking Is Rising In...
8 Tips to Play & Win at Online...
How can software benefit facility management?
Do Professional Casino Players Pay Taxes for the...
Becoming a Trading Expert: What Is the Best...
Dos and Don’ts for B2B Organisations in 2022
Should your business be using Machine Vision?
Colour Masterbatch vs Raw Pigments – Which Is...
Keeping your business moving as you expand online
Top Four Celebrities Who’ve Invested In Cryptocurrency
Why is Cloud Computing Tipped to be the...
How to Raise Money for Non-profit Organizations in...
Choosing the right theme for your WordPress Business...
Home Technology Top Cannabis Events Unite For 420 Streaming Festival To Benefit Event Workers, Nonprofits Amid COVID-19
Technology 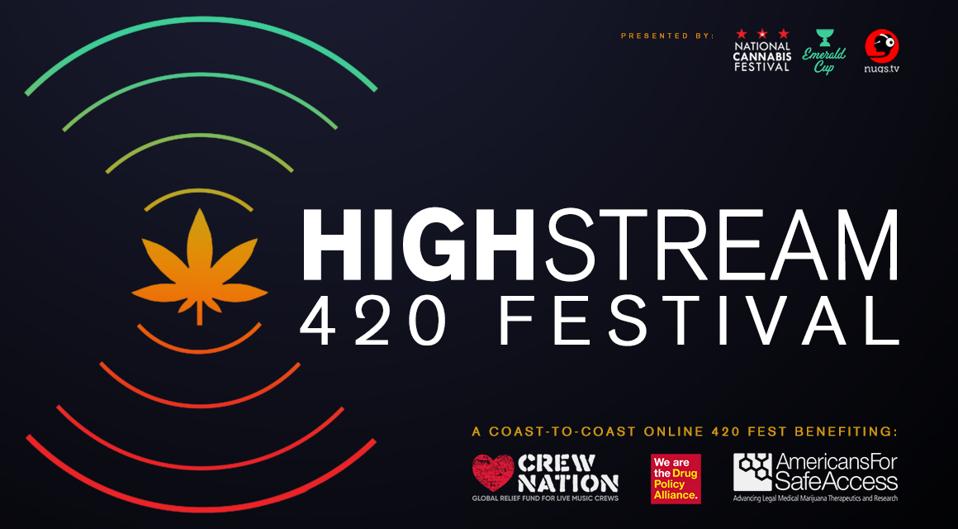 In lieu of live events, the National Cannabis Festival, Emerald Cup, and streaming site Nugs.tv will … [+] host an all-day festival and fundraiser for event workers and others impacted by COVID-19.

Like virtually every other industry and/or community, US cannabis has had to rapidly change its plans for Spring 2020, including the postponement or cancellation of several major events around the country.

In light of COVID-19 ‘social distancing’ rules as well as the outbreak’s economic impacts, two of the nation’s most popular cannabis events say they’ll instead team up for a live-streamed celebration of the plant, and to raise awareness (and hopefully funds) for event workers and other vulnerable groups at this time.

On April 20, 2020, the National Cannabis Festival and the Emerald Cup will co-host a collaborative virtual event, “Highstream 420 Festival,” on the streaming site NugsTV.

According to the groups, the broadcast will feature numerous noteworthy figures or performers in the cannabis community as part of a “coast-to-coast benefit supporting those impacted by the COVID-19 pandemic.”

“Our viewers have a chance to tune in to great entertainment, donate to a good cause all while in the comfort and safety of their homes,” she continued. “We’re very grateful to the businesses and artists that have contributed content to support this effort, and we’re excited to see what our combined efforts can do to raise money for those who need it most right now.”

During the free online event, viewers will be encouraged to make “recommended donations” to the drug reform and patient advocacy nonprofits Drug Policy Alliance and Americans for Safe Access, as well as Crew Nation, a project by the events giant Live Nation aimed to give financial relief to out-of-work event crews.

“Now more than ever we need to come together and bring some positivity to the world,” said Tim Blake, Founder of The Emerald Cup, in a press release. “We’re so happy to be partnering with National Cannabis Festival to raise money for these important causes at a time when a lot of people could use a helping hand.”

“Not only are we raising money to support amazing nonprofit groups, but we’re also providing folks with much needed entertainment and encouraging them to stay safe and stay inside,” added Phillips in a press release.

The free broadcast will begin at 4pm EDT on 4/20/2020 and end at 10pm EDT. The lineup of speakers and performers will be announced next week, according to event organizers.