Breaking
Florida Supreme Court Tells The American Bar Association...
How to Write Perfect Paid Social Media Marketing...
How To Boost Productivity In Your Small IT...
How Restaurants Can Design a More Sustainable Food...
Expenses That Small Business Owners Need to Be...
How You Can Make Saying Goodbye To The...
Biden To Meet Royal Family At Cornwall’s Eden...
It’s Going To Be Emotional — Going International...
Peer Mentoring For Students: STEM & Buds
7 PR Trends in 2021: The Story So...
Google Plans Radical New Google Pixel Smartphone Upgrade
Where Did COVID Come From?
Ride To Growth With A Business Vehicle
C3.ai’s Tom Siebel: How To Scale AI
Moz Acquired by iContact Marketing Corp
10 Examples of Brands Using TikTok Stitch and...
Home Finance Top Venture Capital Exits To Watch This Year
Finance

One big lesson was that lofty private valuations don’t necessarily translate to the public markets, particularly if there’s no pathway to profitability. That much was evident in Uber’s and Lyft’s price drops after they went public, coupled with WeWork’s pulled IPO.

Several startups consequently delayed their IPOs, but the New Year brings them another chance to take the plunge, with market watchers expecting a busy first half.

Which venture-backed companies will find an exit – either an IPO or sale – in 2020? Here are our top picks:

The San Francisco-based home-share company is widely expected to check into the public markets in 2020, possibly through a direct listing on the NYSE or Nasdaq. The company needs to create liquidity for employees, many of whom have stock options expiring this year, according to one of its private investors. With a private valuation of $31 billion, its listing could be the largest of the year. 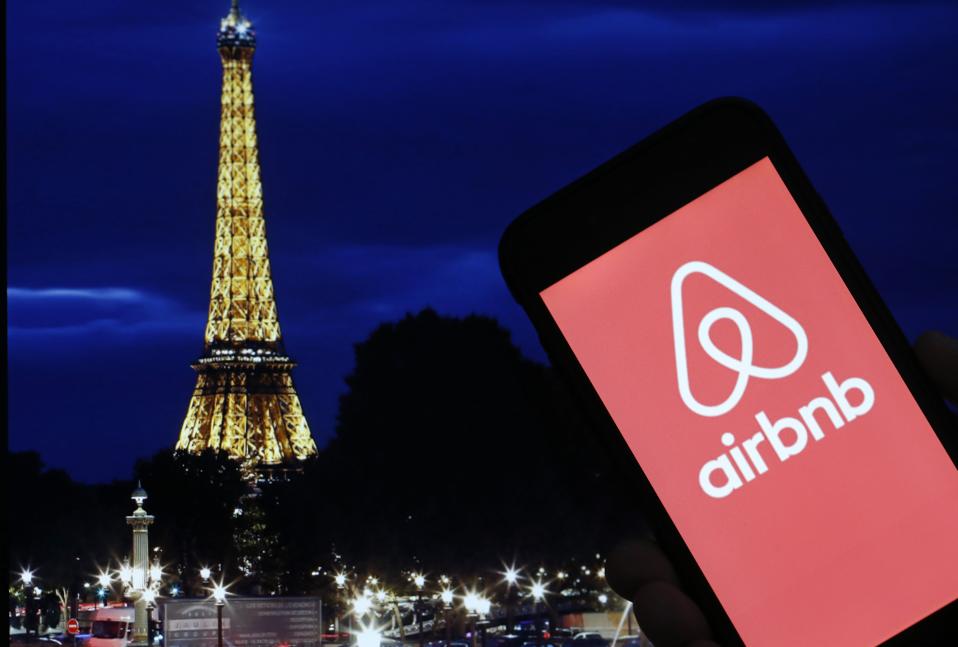 PARIS, FRANCE – NOVEMBER 21: In this photo illustration, the Airbnb logo is displayed on the screen … [+] of an iPhone in front of a computer screen displaying a picture of the Eiffel Tower on November 21, 2019 in Paris, France. French hoteliers have announced that they will suspend their participation in the organization of the Olympics Games 2024, a decision taken to protest against the partnership established by the International Olympic Committee (IOC) with the Airbnb platform. (Photo by Chesnot/Getty Images)

The San Mateo, California-based software-defined wide-area network developer made a string of C-suite changes starting in late 2018. CEO Matt Carter told Mergermarket in May he was focused on growth and creating “compelling optionality” for its investors and not an exit, but the company could see interest in a consolidating industry.

The San Jose, California-based software development platform company could look at a potential IPO after it reaches $100 million in annual recurring revenue, a milestone it was closing in on, CFO Matt Parson told Mergermarket last May.

The Mountain View, California-based credit monitoring services provider has held preliminary conversations with banks to evaluate an IPO in 2020, CEO Adrian Nazari told Mergermarket in October. Credit Sesame, which has a run rate north of $100 million, would look to raise more than USD 200m in a public offering and target a valuation of more than USD 1bn, he said. He also told this news service the fintech company would entertain M&A approaches from financial and technology suitors while it prepares for an IPO.

At the Goldman Sachs Technology and Internet Conference last February, CEO Nicole Eagan said the company continues to put in place the infrastructure and processes of a public company but offered no firm time frame. The company was valued at $1.65 billion after a $50 million Series E round in 2018. In November, Bloomberg reported the company — based in both Cambridge, England and San Francisco — had begun preparations to operate as a public company.

With revenues growing 280% year-over-year, this San Francisco-based food delivery service is feasting its eyes on going public, according to sources and media reports. But after raising $700 million in Series G financing at a $12.6 billion valuation in 2019, DoorDash may opt for a direct listing instead of an IPO this year, Bloomberg reported in August.

Sid Sijbrandij, founder and CEO of this San Francisco-based development coding platform, has made no secret of his company’s plans to go public in 2020. He even has an exact date in mind: 18 November, which he reportedly said he picked because it is his grandfather’s 100th birthday, and two days after the birthday of his twin children. The date also marks five years after the company’s first employees received stock options with four years of vesting, the company wrote on its strategy page. The firm raised $268 million in Series E funding in September at a $2.75 billion valuation.

The San Francisco-based digital experience optimization developer could see an IPO after it raised a $50 million Series D led by Goldman Sachs Private Capital Investing in June, CEO Jay Larson told Mergermarket in July. While he declined to give a time frame for an IPO, he noted the company’s sales and finance departments already are run like those of public companies. The nine-year-old company realizes more than $100 million in annual revenues.

The Redwood City, California-based online marketplace for second-hand clothing and home decor was planning an IPO in the second half of 2019 but pushed its listing into 2020 in order to boost sales and improve its execution, according to media reports. Poshmark’s listing is still likely to occur, probably in the first or second quarter, according to one advisor.

The San Mateo, California-based social gaming platform could see an exit in 2020 after announcing a strategic partnership with Tencent Holdings last May that will involve the creation of a joint venture company. Roblox’s virtual worlds constructed from building blocks have become popular in the last five years, challenging even Microsoft’s Minecraft. Even if Tencent is not interested, others that create games and operate marketplaces, such as Amazon or Facebook, could be.

The San Mateo, California-based cloud data warehousing company could find interested suitors after Salesforce.com’s acquisition of Tableau Software and Looker’s sale to Alphabet’s Google, both in June. Snowflake helps collect and analyze data, which application companies find appealing. However, the company has said in the past it may eye an eventual IPO.

The Emeryville, California-based cybersecurity company was valued at $6.5 billion after its $200 million raise in October 2018. CFO and COO Fazal Merchant would not rule out a 2020 IPO when he talked to Mergermarket last March. However, VMware’s $2.1 billion acquisition of Carbon Black in August may put more endpoint security companies like Tanium in the crosshairs.

The San Francisco-based startup has attracted interest from several global financial institutions that have approached it about either a commercial partnership, an investment or even acquiring it, CEO Hendrik Bartel told Mergermarket last May. The company uses artificial intelligence to uncover Environmental, Social and Governance data that it says helps institutional investors beat the market.

The San Jose, California-based company, whose LiDAR sensors help self-driving cars map their surroundings, has been vocal about its intent to go public. Backed by Ford Motor, Baidu and Hyundai Mobis, Velodyne reportedly hired bankers in June 2019. The company still appears on track to go public, but will need to show growth and much also depends on market conditions, says a sector advisor. But a strategic also could swoop in. Tier 1 suppliers like Aptiv, Bosch, Continental and Hyundai Mobis are seen as possible buyers of LiDAR startups, while automakers like Volkswagen, Daimler, BMW, Toyota Motor and Honda Motor also may be interested.

Chris Metinko and Troy Hooper are reporters for Mergermarket and Dealreporter. Mark Andress is San Francisco editor for the publications.