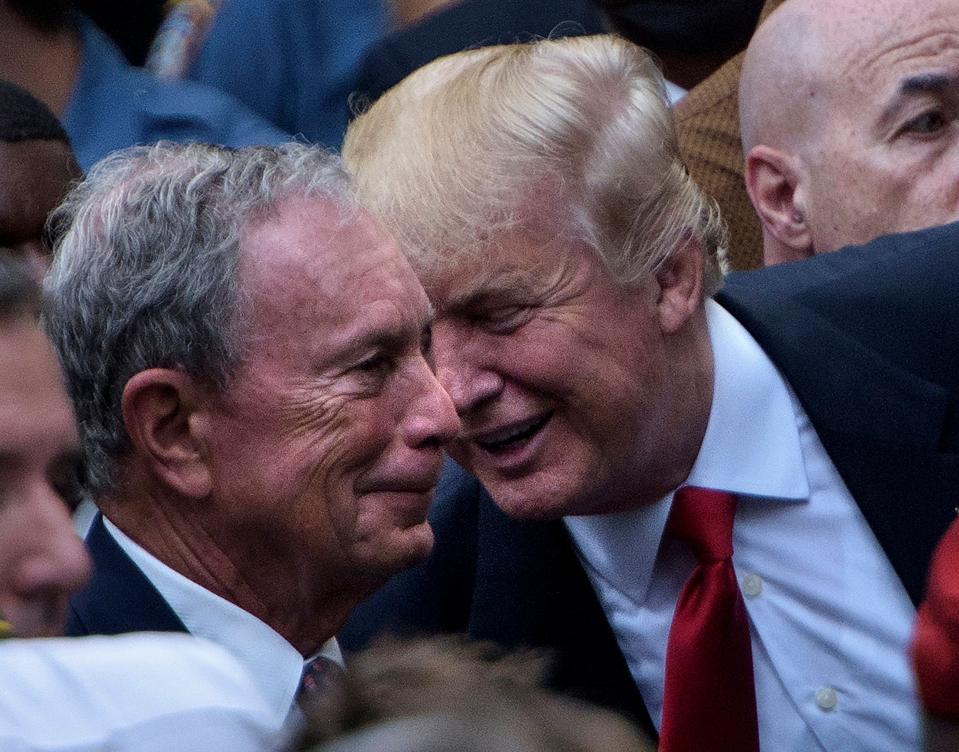 If you thought the 2016 presidential election was unorthodox and unpredictable, just wait.

It is not out of the realm of possibility that the Democratic nominee might be a New York billionaire businessman who was once a member of the other party, who initially resisted pleas that he run and now, having decided to do so, has pledged to use his own considerable wallet to fund his inaugural presidential campaign.

If that sounds a lot like the 2016 Republican Party campaign and our current occupant of the White House, President Donald Trump, well, that’s because, on the surface, there are some striking similarities between Michael Bloomberg’s background and campaign and Trump’s.

If it sounds implausible that Bloomberg could be the nominee, so did Trump’s chances of even becoming the GOP nominee, much less winning in the general election.

If it sounds improbable, how about this: What if after the first four states express their preference for the Democratic Party nominee — Iowa next week, New Hampshire the following, and South Carolina and Nevada before the end of February — there is no clear favorite?

What if Bernie Sanders and Joe Biden are each winners? What if Pete Buttigieg does perform particularly well, or even wins one of the states? Or Elizabeth Warren?

Then, with Super Tuesday looming only a few weeks later, when two-thirds of the delegates will be chosen, the door opens to someone with a lot of money to spend to fund a nationwide campaign.

That someone could be Michael Bloomberg, who is worth some $55 billion and has vowed to spend what it takes.

Today, he’s spending millions just to advertise his accomplishments and the dangers of a second term for President Trump.

But, despite some similarities, there is also a really odd difference.

On trade and issues related to globalization generally, the two are, well, worlds apart.

And they are both, if not in lockstep with the traditional views of the opposite party, then pretty close.

In case you missed it when the deal was announced, it was celebrated not by Republicans but my Democrats. GOP Sen. Mitch McConnell was largely mute while Dem. Rep. Nancy Pelosi was effusive.

And get this: It was the first free trade agreement supported by the AFL-CIO since the 2001 U.S.-Jordan FTA, nearly two decades ago.

Another example: While Trump often speaks in hyperbole and overstates his accomplishments, he is indeed the “tariff man,” having overseen tariffs like no president in U.S. history.

The Democrat, the New York billionaire who was once a Republican and has spent more on his campaign, all his own money, than all the other Democratic Party contenders to data, is an unapologetic globalist, a free-trader.

Democrats are normally the friends of Big Labor, opposed to almost all free trade agreements, and harboring deep misgivings about globalization.

Should Bloomberg become the candidate, or even a serious contender, the scrutiny that is sparse today would become far more pronounced.

One of the issues on which he might be challenged might be one that has dogged President Trump as well — far-flung business interests presenting conflict-of-interest challenges.

For example, China and Hong Kong are critical markets for his financial data business.

If you think the Russians wanted Trump to win, presumably because of Democratic candidate Hillary Clinton’s actions against President Putin while she was Secretary of State, who do you believe the Chinese would want to win as its leadership wrestles with U.S. and global pressure over its treatment of Muslims, protests in Hong Kong, challenges from Taiwan — and tariffs President Trump put in place?

So, yes, 2016 an unconventional presidential campaign with an outcome that went largely unpredicted, at least early in the campaign.

That’s where we are now. Early in the campaign. With a New York billionaire who switched parties, who resisted initial efforts to run, who has now promised to spend only his own money. A true long-shot that few are taking seriously.

How To Avoid The Business Version Of Groundhog...

Former Bahamas Home Of The Duke Of Windsor...

How To Avoid Buying The Wrong Franchise

Looking For Answers For A Struggling Utah Jazz...

Learning to Become a Leader in Business