Breaking
Rival Independent ‘Oversight Board’ Formed By Facebook’s Rivals
Meet George The Poet: Spoken Word Artist Partnering...
Parrot Plumage Color May Be Linked To Body...
Best Applicant Tracking Software
Recent Precious Metals Dip A Buying Opportunity
Looking For Venture Capital? Here’s How One 50+...
Trump Will Create More Debt Than Obama
Growing Your Retirement Money Using 401(k) Dollar-Cost Averaging
Wellness Exec Abby Miller Levy Partners With Venture...
Microsoft Teams Issues Strike To Zoom With Tidal...
What’s Coming For The S&P 500 In October
4 Ways You Can Showcase Empathy With Your...
A $22,000 Microsoft Surface Will Soon Be For...
Zooming In – Should SMEs Invest In The...
iOS 14: The Surprising Security Risk Of Sharing...
How A Break From Lord Sugar Changed The...
Home Business Trump Does It: An Executive Order To Suspend Immigration
Business

Trump Does It: An Executive Order To Suspend Immigration 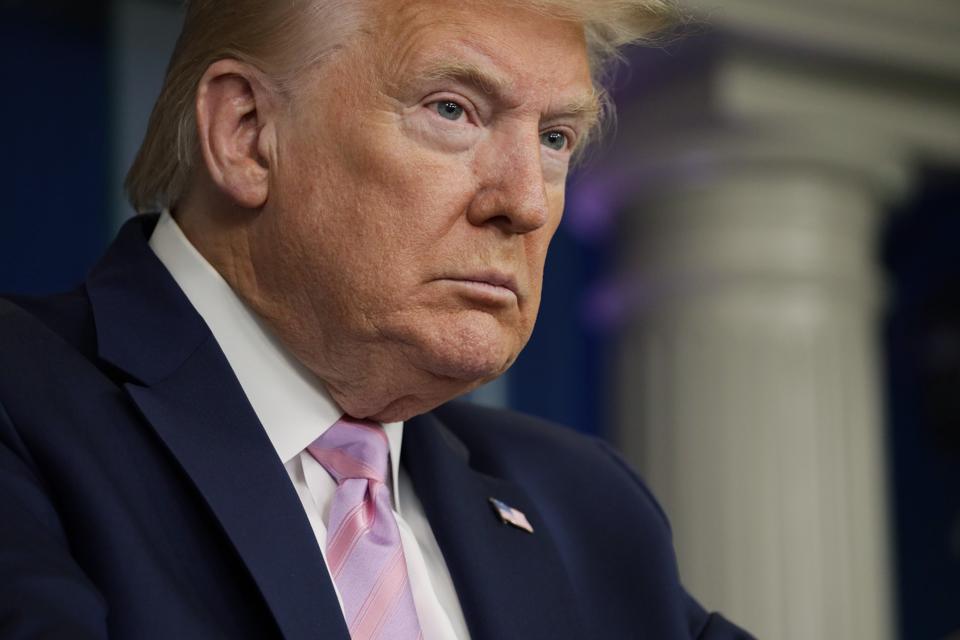 Donald Trump listens to a question during the daily briefing of the White House Coronavirus Task … [+] Force on April 10, 2020, at the White House. (Photo by Alex Wong/Getty Images)

On April 20, 2020, Donald Trump tweeted, “In light of the attack from the Invisible Enemy, as well as the need to protect the jobs of our GREAT American Citizens, I will be signing an Executive Order to temporarily suspend immigration into the United States!”

Questions about the executive order remain on several points:

–         Will the executive order include individuals selected in the recent H-1B visa lottery and would it be legal to include them? Past travel bans generally targeted people who required a visa to come to the United States. If this executive order follows that pattern, then it may not include, for example, international students already in the country transitioning to H-1B status. Foreign nationals are doing important work on technical infrastructure, in e-commerce, medical research and other areas. The sectors high-skilled foreign nationals work in are less likely to be affected by the economic downturn (i.e., there are few H-1Bs in the restaurant, hospitality and airline industries).

–         What does this mean for anyone with a pending adjustment of status application inside the United States? Most employment-based green cards involve adjustment of status, such as transitioning from H-1B status to permanent residence. If processing continues for applications inside the United States, then it’s possible both employment-based and family-based applications that involve individuals already in the U.S. could be spared. However, that assumes in cases where interviews are required that the interviews will be waived or the offices of U.S. Citizenship and Immigration Services will be open and individuals can come in for interviews.

–         If U.S. consulates reopen, which temporary or immigrant visa categories would be eligible for interviews? The most common visa categories are visitor visas, work visas, international student visas and immigrant visas for the relatives of U.S. citizens, primarily spouses, children and parents. Would all of these categories be included in the executive order?

–         How long would the “suspension” on immigration last? If the executive order is open-ended and includes a general enough rationale, one should not be surprised if it never ends so long as Donald Trump is president.

Even before the executive order, significant short-term obstacles existed for legal immigration to the United States. First, both U.S. consulates and USCIS offices are closed, although service centers have remained open. Second, travel restrictions exist on foreign nationals, including from China and Europe.

Third, the U.S. government/Trump administration has handled the COVID-19 crisis worse than most countries in the world, as evidenced by the lack of testing capacity, escalating cases and the tragic number of deaths in the United States, particularly when compared to countries such as Germany and South Korea. In the short term, that means parents might hesitate to send their children to study in the United States at the current time. However, it remains unclear if international students are in the executive order.

“Trump’s immigration EO [executive order] is expected to include exceptions for migrant farmworkers, who make up about a tenth of the workforce on U.S. farms, and health-care workers, particularly those helping treat coronavirus patients,” reported Rebecca Ballhaus of the Wall Street Journal. (See here for measures that could be taken to bring more healthcare workers to areas of greatest need in the United States.)

While specifics are lacking, economic research tells us the premise of the executive order – that reducing legal immigration would lower the U.S. unemployment rate – is faulty.

“The results of the state-level analysis indicate that immigration does not increase U.S. natives’ unemployment or reduce their labor force participation,” according to a study for the National Foundation for American Policy by Madeline Zavodny, an economics professor at the University of North Florida (UNF) in Jacksonville and formerly an economist at the Federal Reserve Bank of Atlanta. “Instead, having more immigrants reduces the unemployment rate and raises the labor force participation rate of U.S. natives within the same sex and education group.”

Zavodny used a state-level analysis to research the impact of immigrants for the years 2005 to 2013 and controlled for economic conditions that could affect the number of immigrants in a state. The study found:

Zavodny concluded, “Immigrants may boost consumer demand, start their own businesses, and reduce offshoring . . . of manual-labor intensive jobs in the U.S.” She also points out immigrants tend to work in different sectors, in different parts of the country and even in different parts of the labor market within a state, which limits some of the competition with natives. For both high- and lower-skilled jobs, “U.S. natives tend to move into communications-intensive jobs in response to an inflow of immigrants.”

What about the impact of immigrants on wages? University of California–Davis economics professor Giovanni Peri examined 30 years of research on the topic and concluded, “Decades of research have provided little support for the claim that immigrants depress wages by competing with native workers. Most studies for industrialized countries have found, on average, no effect on the wages of native workers. There is little evidence of immigration lowering wages of less educated native workers.”

Reducing or “suspending” legal immigration will make it more difficult for the United States to accelerate economic growth and recover from the current downturn. Without immigrants contributing to the quantity and quality of the labor supply, the majority of the economic growth gains America saw between 2011 and 2016 following the recession would have been eliminated, according to economists at Oxford University and Citi.

Based on Trump administration restrictions on legal immigration, such as the public charge rule and lower refugee admissions, the National Foundation for American Policy (NFAP) in February 2020 projected a 30% or more reduction in legal immigration by FY 2021 when compared to FY 2016. “NFAP projects in the long term that the average annual U.S. labor force growth, a key component of economic growth, will be between 35% and 59% lower in America as a result of Trump administration immigration policies, if the policies remain in place,” the analysis concluded. “The significant decline in the annual level of legal immigration means lower long-term economic growth may be Donald Trump’s most lasting economic legacy.”

In addition to America’s mounting death toll and the economic downturn from COVID-19 on Donald Trump’s watch, using a health crisis to restrict immigration will be another part of his legacy.