Breaking
Best Incentive To Get Vaccinated: Money, Messaging, Or...
Page Level Query Analysis at Scale with Google...
How A CIO Can Align IT With Business...
Blogger of the Month: Jo, Girl Eats World
6 Things Women In Business Know That Men...
How to Use First-Party Data for Ad Personalization
Pressing Reset—Putting A Fallen Unicorn Back On Its...
How We Went Viral: Promoting Content with Influencers,...
Blame Olympic Record Price Tag For Return To...
Apple iOS 14.5 Release: Should You Upgrade?
Why Gaming Gear Company Razer Launched A $50...
Technical SEO Implementations to Increase the Impact of...
30 Brilliant Ways to Market Your Eco-Friendly Shopify...
15 Tech Industry Leaders Share Overused (And Misused)...
How to Use Amazon Posts to Promote Your...
U.S. House Passes Bill To Create First Crypto...
Home General Trump DOL Wage Rule Remains Threat To H-1B Visas And Immigrants
General 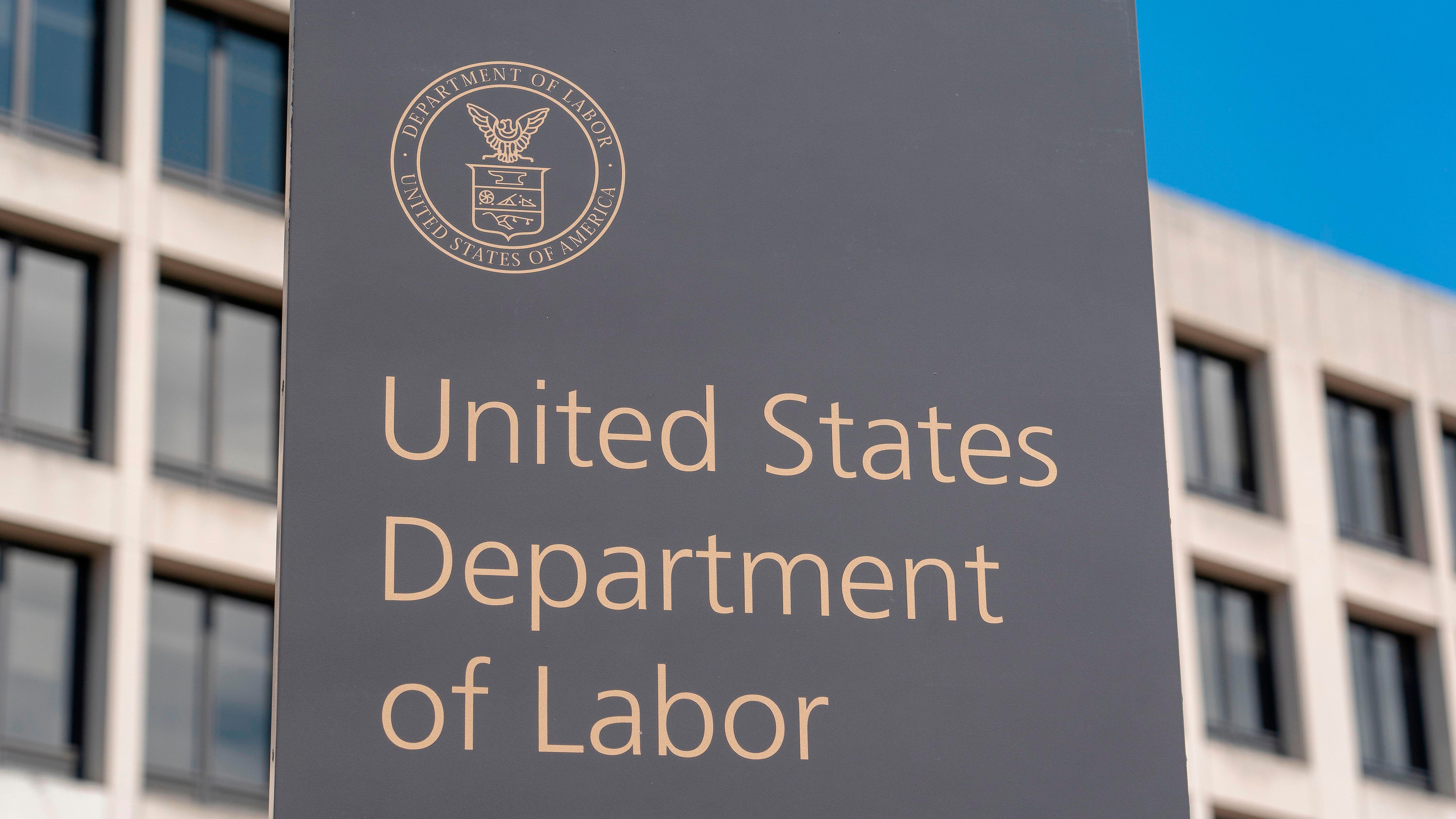 The most devastating immigration regulation for the future of American innovation is the Department of Labor (DOL) rule left by Donald Trump and Stephen Miller to raise the required salaries for employment-based immigrants and H-1B visa holders. The Biden administration is proposing to delay the rule, but if it later decides to retain and defend the rule, it could be a significant victory for opponents of immigration.

After three courts blocked an “interim final” rule, on January 14, 2021, the Trump administration attempted to salvage the DOL regulation by publishing a final rule. The final rule was only slightly modified from the original and still aimed to price H-1B visa holders and employment-based immigrants out of the U.S. labor market. “The revisions to the rule don’t change the fact that it still fails to do what the law requires—to reflect the actual, prevailing wage for workers in that geographical area doing similar work,” said Kevin Miner, a partner at Fragomen.

Background on Stephen Miller’s DOL Regulation: A long-standing goal of White House adviser Stephen Miller and other advocates of restrictive immigration policies is to compel employers to pay employment-based immigrants and H-1B visa holders salaries that are well above market wages.

The goal is to make foreign nationals unaffordable so that employers would hire U.S. workers instead, even though the likeliest impact, say economists, is companies will hire more professionals in other countries and the great movement of foreign-born talent to America that has led to world-class startup companies, medical breakthroughs and technological innovation will end or be slowed considerably. The nation’s leading anti-immigration group, which has called for a “permanent pause” on immigration to America, has praised the DOL rule.

Trump officials engineered inflated wages in the DOL rule by altering the formula used to calculate the required minimum wage for permanent residence and H-1B temporary visas. To sponsor foreign nationals for employment-based green cards and H-1B petitions, employers usually must obtain a prevailing wage determination from the Department of Labor. DOL determines the prevailing wage from data provided by the federal government’s Occupational Employment Statistics (OES) wage survey. A mathematical formula is used to create four levels of wages for each occupation and location. The final rule achieves higher mandated wages by raising the current salaries for Level 1 (“entry level”) up to the equivalent of the current Level 2 (“qualified”) and moving up the other levels as well.

Pricing Employment-Based Immigrants and H-1B Visa Holders Out of the U.S. Labor Market: “The Department of Labor provided the public with no information on the new minimum salaries for H-1B visa holders and employment-based immigrants in specific occupations and geographic areas once the final rule takes effect,” according to a new National Foundation for American Policy (NFAP) analysis that estimates the impact of the final rule. “NFAP found there will be significantly higher salaries required for employers under the Department of Labor’s final rule compared to the current DOL wage system.”

According to the NFAP analysis:

–     “Under the final rule, DOL mandates an employer pay a computer hardware engineer a 26.8% higher salary at Level 1 than under the existing DOL system. The average increase is similar at the other three levels.

–     “The DOL final wage rule will make it much more difficult to employ individuals to educate more U.S. students in computer science. The average increase in the required minimum salary for computer science teachers, which includes primarily professors at universities and community colleges, would be 41% at Level 1. That could make it difficult or impossible for many educational institutions to employ an H-1B visa holder or employment-based immigrant to teach computer science to U.S. students.”

The Final Rule’s Arguments Make Little Sense Outside of the Trump Anti-Immigration Agenda: The Trump administration tried, often successfully, for the past four years to block the entry of refugees, asylum seekers, family-based and employment-based immigrants, including a four-year battle against H-1B visa holders and their employers. Only by appreciating this context can one understand the arguments made in the DOL rule.

To reverse-engineer the intended result of much higher required wages, the DOL final rule asserts the entry level salary for H-1B visa holders and employment-based immigrants should be based on individuals with a master’s degree. However, immigration law states that a foreign national only needs a bachelor’s degree for H-1B status. The Department of Labor claimed it used National Science Foundation (NSF) survey data to set its wages under the rule, but NSF survey data show that 66% of individuals in computer occupations had a bachelor’s degree as their highest degree. DOL’s argument that entry level salaries should be based on individuals with a master’s degree is perplexing.

Rule is Based on a Trump Executive Order that Biden Revoked and a Memo that USCIS Rescinded: There are strong arguments for why the Biden administration should rescind the rule. Among the reasons: The Trump administration cited in the DOL final rule Donald Trump’s anti-immigration “Buy American and Hire American” executive order for the regulation’s “justification,” its “need” and the “Objectives of and Legal Basis for the Final Rule.” However, on January 25, 2021, President Biden revoked Trump’s “Buy American and Hire American” executive order. That means the authority that Trump’s DOL cited no longer exists.

Trump’s Department of Labor also cited in the final rule a computer programmer memo that the Biden administration withdrew on February 3, 2021. DOL cited the memo to justify setting entry level salaries based on individuals possessing a master’s degree. But a “court overturned USCIS’ denial of an H-1B nonimmigrant visa petition as arbitrary and capricious,” according to a USCIS statement. In other words, the Trump administration included in its final rule published on January 14, 2021, a controversial USCIS interpretation of an H-1B specialty occupation after a U.S. Court of Appeals for the 9th Circuit rejected that interpretation in a decision nearly a month earlier (on December 16, 2020).

Approximately 80% of the full-time graduate students in key technology fields at U.S. universities are international students who only can work in America if immigration policies are not designed to block them. Forcing employers to pay 25% to 40% more for their services will drive many international students out of the country or lead them to study in other nations in the first place. H-1B visas represent the only practical way for most high-skilled foreign nationals to work long-term in America, become permanent residents and later U.S. citizens.

Biden administration officials have said they would like to attract more international students to America, compete better with China and develop more products and services in the United States. Those goals will be more difficult to achieve if the Biden administration retains the Trump Department of Labor regulation on employment-based immigrants and H-1B visa holders.

Biden Comes Out Against $50,000 In Student Loan Forgiveness – But Supports This Amount, Instead