Trump Encourages Pence To Ignore Democratic Governors: ‘If They Don’t Treat You Right, I Don’t Call’ 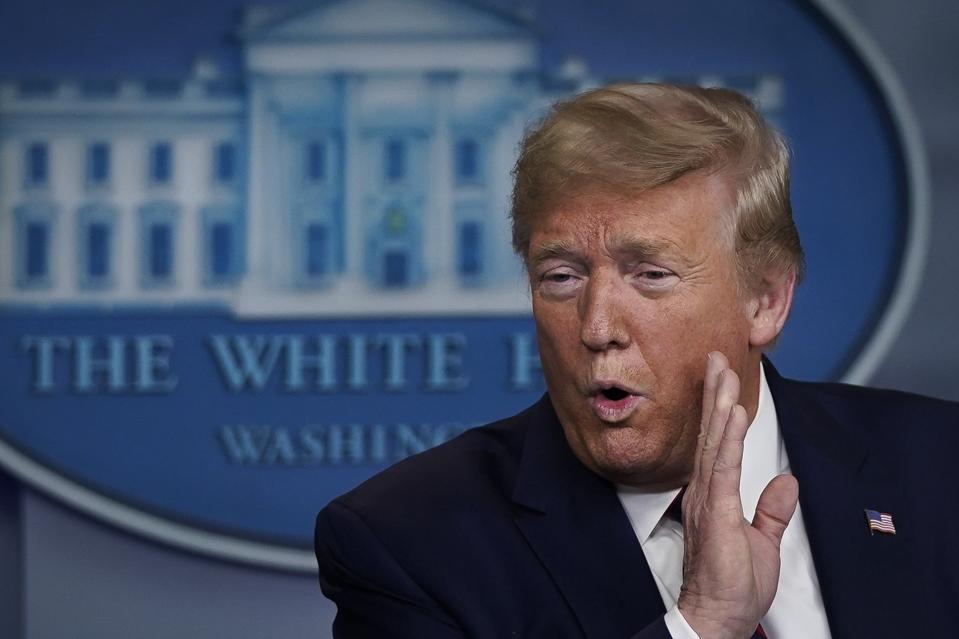 President Donald Trump in an aside during a briefing on the coronavirus pandemic in the press … [+] briefing room of the White House on March 26, 2020, in Washington, D.C.

Topline: Responding to a question during Friday’s White House briefing regarding his criticism of some Democratic governors, President Donald Trump said he encourages Vice President Mike Pence to avoid calling governors if they’re not appreciative of the work being done by the federal government. “If they don’t treat you right, I don’t call,” he said.

Tangent: On Friday, after negotiations fell through between the government and General Motors, Trump finally invoked the Defense Production Act to order GM to “accept, perform and prioritize federal contracts for ventilators,” though, he continued to say during the briefing, “I think there’s a very good chance we won‘t need that many.”

He announced during the briefing that his trade advisor Peter Navarro would be appointed to oversee the use of the Defense Production Act. Like Trump, it appears Navarro will be conservative with its use. Critics of the inaction say the act could help with shortages, but more so, it could help with coordination between private sector companies, as governors are currently bidding against one another for ventilators, n95 face masks and other personal protective equipment. Navarro made headlines recently by continuing the trade war with China and prioritizing the purchase of medical equipment and supplies from American manufacturers.

Key Background: Michigan is the state with the fourth-highest number of cases in the country, at 3,634, with Washington close behind at 3,477, according to Johns Hopkins University. Almost half of all cases of the coronavirus in the country reside in New York, Governor Cuomo revealed Friday.

Buying A Car? Automakers Want You To Know It’s Not As Hard As You Think

IRS Continues To Limit Operations Due To Coronavirus Crisis, But Will Still Issue Tax Refunds