Breaking
Channel Your Impact With a Self-Directed IRA
How To Reach Your Customers This Holiday Season
10 Key Steps That Will Help You Make...
TikTok Will Limit And Label Videos Prematurely Claiming...
How A British Graphic Novel Publisher Is Leading...
Dow Plunges 600 Points On Third Day Of...
According To A New Study, Patients Are Texting,...
How To Keep Your Digital Media Assets Secure
Be Better At Building Your Team
Saying No In Order To Grow
Sherwin-Williams Stock Is Unlikely To Sustain Its Current...
How Successful Entrepreneurs Use The Law Of Attraction
Elon Musk’s Economics 101 Course For Japan
Raoul Pal: Gold Investors “Will Flip To BTC”...
Dating Site Takes On Social Media Dangers Of...
Trump Campaign Website Hacked In Cryptocurrency Scam
Home Business Trump: Free The Dishwashers!
Business 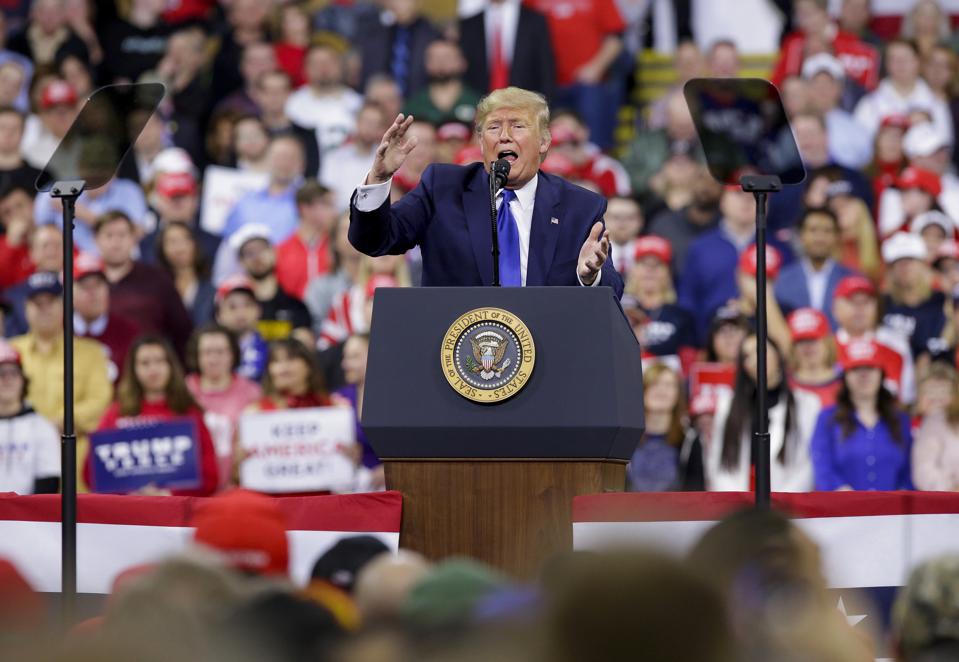 John Merline, writing in Issues and Insights notes the elite left’s “apoplectic fit when President Donald Trump started talking about dishwashers at his Milwaukee rally this week.” This isn’t the first time Trump talked dishwashers and it likely won’t be the last.

Republican electeds and their consultants have been openly fretting about professional suburban women. These largely college-educated voters are seen as a swing voting block that has become increasingly alienated from politics as the major media and the left, unaccustomed to Republicans fighting back, have ratcheted up their rhetorical heat against Trump and his allies.

Thinking that Merline was onto something with Trump’s dissing of dishwashers, I asked the nearest college-educated suburban professional woman I know, my wife, about the issue this morning. She has a master’s degree and was a public-school teacher for many years. Significantly, the political tone of the past five years has caused her—like many in her demographic—to tune out politics. She simply finds following it more stress than it’s worth.

When asked about dishwashers, she went into a passionate tirade. She was still fulminating as I left through the garage. And even that wasn’t enough: she followed up with five text messages about the dishwasher, the dryer, the washing machine and lightbulbs. What was the reason for her ire? Government-mandated ineffectiveness.

Trump asked the Milwaukee rally crowd, “Anybody have a new dishwasher? I’m sorry for that, it’s worthless. They give you so little water… You end up using it ten times…” and then wash them by hand anyway. 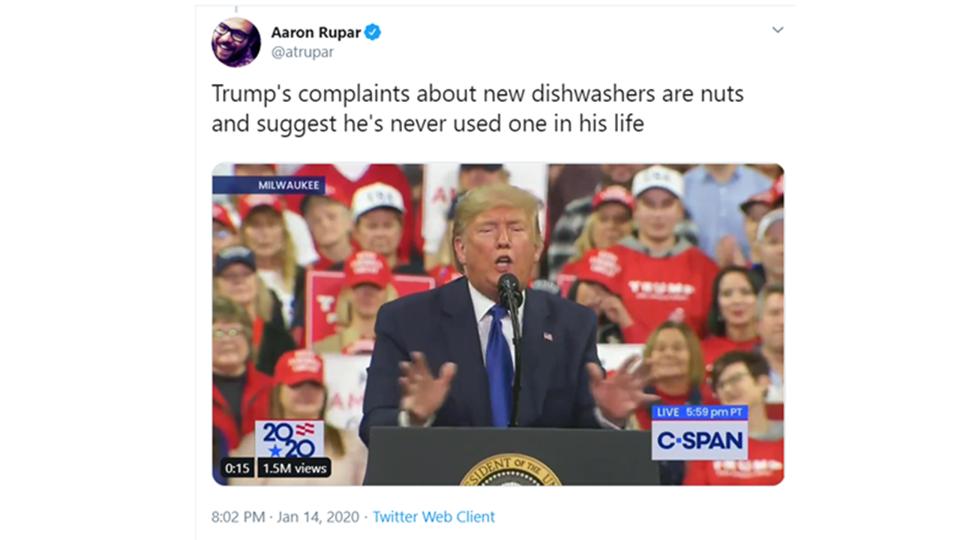 My experience suggests President Trump is right and Rupar is, well, to be charitable, ignorant.

In our own household, I managed to keep most of the appliances working for many extra years by replacing broken parts myself—this worked great, unless you happen to get a cheap made-in-China rip off part that fails soon after installation. As a result, we were able to keep most of our big three—the dishwasher, the washing machine, and the dryer—in operation while, unknown to us, newer appliances, subject to more draconian federal energy regulations, were being rolled out. But in the past year, all of our big three failed beyond my ability to repair them, forcing us to replace them for about $2,300.

All the new appliances are crap.

It takes 3 washes to get the lint off of clothes that are not even soiled with dirt.

The dryer had the (default) Economy setting that took 3 hours to dry… when I took the setting off, it was 40 minutes.

The dishwasher is a huge disappointment because it does not clean the dishes unless it is on a ridiculously long cycle.

So all the appliances are brand new and none are nearly as good as the ones from 20-30 years ago. I long for a washer that actually gets the clothes clean. (Further) more often than not the washer does not work because it is sensing how much laundry is in there so it uses the proper amount of water. And it errors out. All the time. My mom’s washer in the 1960’s had 3 levels of water you could choose and the thing washed clothes like a beast.

And then there are the pricey lightbulbs that don’t work.

All the technology we have and we have to suffer along with gadgets that are impaired by legislation.

The reason for all this inconvenience? Federal efficiency mandates promulgated through regulation designed to save energy.

The problem though is that consumer appliances such as dishwashers, washing machines and dryers were invented to save time. As with automation in manufacturing, they were investments of capital to save labor and time. If they no longer save labor and time, what’s the point?

More than 100 years ago, washing machines, often operated with human muscle, touted that “Just six minutes to wash a tubful” or were even named “The One Minute Washer.” Soon, many of these devices featured an electric motor driving an open-air belt connected to the agitator that the human operator had previously operated. That spinning belt likely injured quite a few children and pets, but it saved an enormous amount of time and sweat. 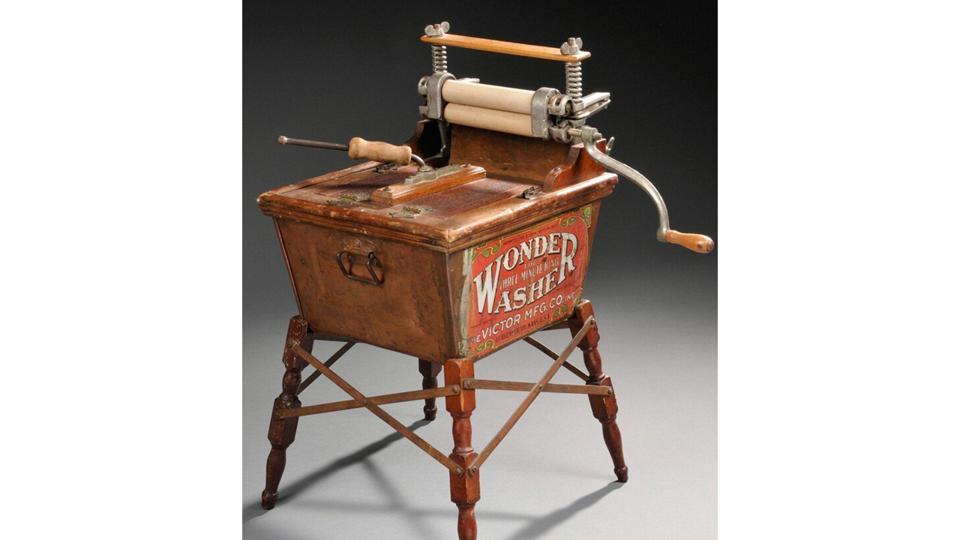 An American hand-cranked washing machine, circa 1900.

A century later, we have unelected regulators to tell us what sort of appliances we can buy. And the result is politically correct machines that are costly, unreliable, and entirely unsuited to the task for which they were sold to the public. Thankfully, the Trump Administration is reforming the red tape that has regulated our key appliances into futility—freeing dishwashers to wash dishes once again.