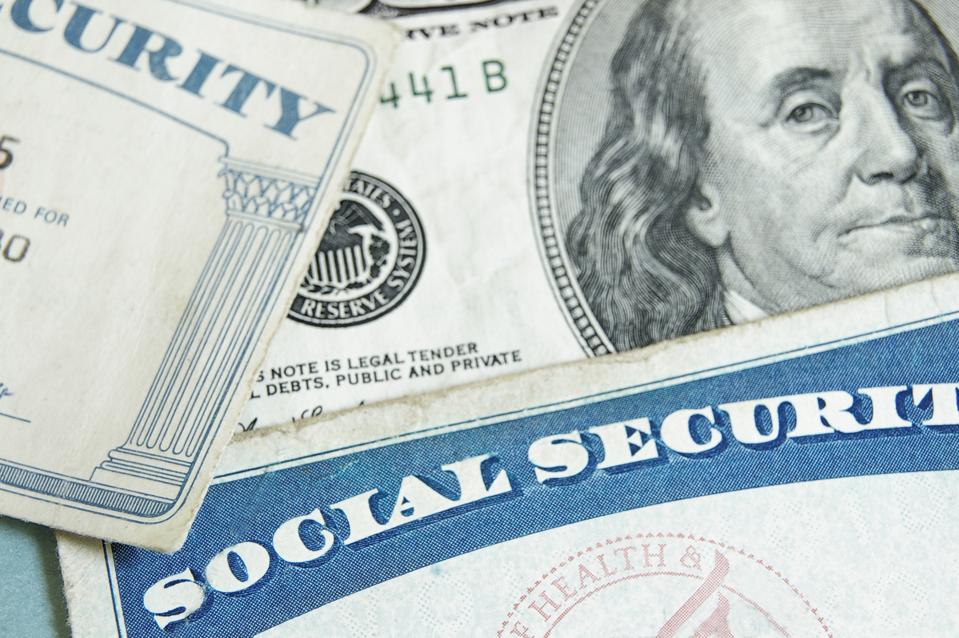 Donald Trump, pressed on federal budget deficits during a recent TV interview, suggested that, despite his campaign promise “not to touch Social Security,” he is considering cutting Social Security in a second term, if re-elected. He ultimately walked back that suggestion in a tweet. In the interview, Trump seemed to imply that because he has made America so prosperous, Americans do not Social Security and Medicare as much. In fact, while the very wealthiest Americans had a record $26.7 million (in 2019 dollars) in September 2019, average wealth for many Americans remains below the levels seen twenty years earlier. Half of all working-age families will have to make painful cuts to their spending when they retire because they don’t have enough savings. Targeted expansions of Social Security benefits, instead of cuts, would make a crucial difference for struggling American families.

Caught between slow or no income growth and rising costs, families have had a hard time saving for their retirement, especially after the Great Recession. Average household wealth for households in the bottom half of the wealth distribution amounted to $26,135 (in 2019 dollars) in September 2019 (see figure below). Importantly, average wealth for the bottom half grew at pretty much the same rate during Trump’s time in office than in the prior three years (see figure below). By September 2019, their average wealth was still down one-third from its peak at the end of 1999. Low savings will give families only a little extra on top of their Social Security checks. 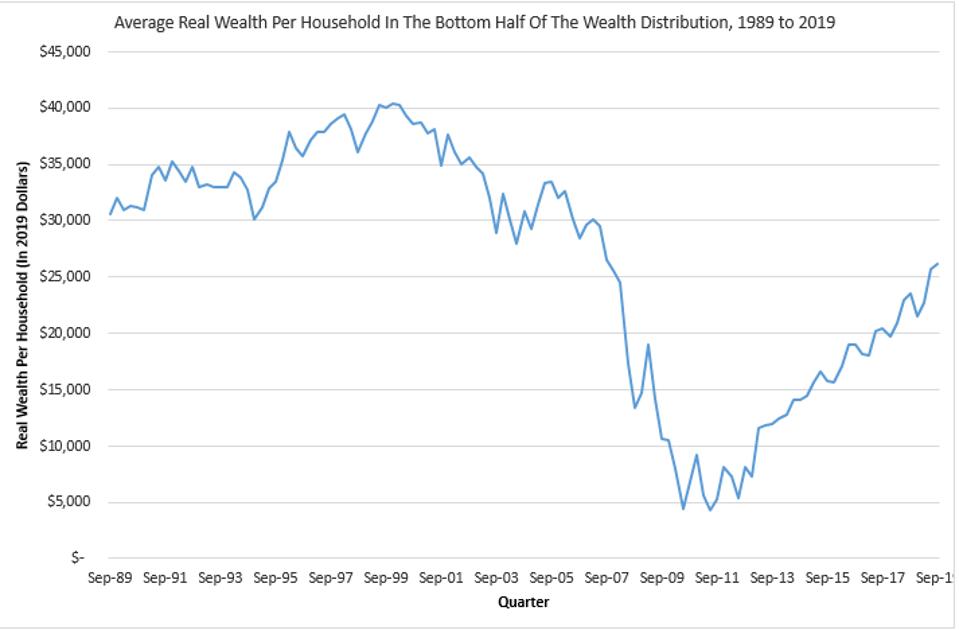 Average Household Wealth For Bottom Half Still Below Peaks of Late 1990s.

Calculations Based on Federal Reserve, Distributional Financial Accounts and Survey of Consumer Finances

People haven’t been able to save much over the past decade. They faced slow income growth as well as higher costs such as long spells of unemployment, caregiving responsibilities for aging parents and ailing spouses and high health care costs. This left little money to put away for the future.

Many are now nearing retirement and no longer have the luxury of waiting for their savings to recover. Protecting and expanding Social Security is the main way to address their looming retirement insecurity. One example of such a change would be a meaningful new minimum benefit. After all, economic mobility has declined as income inequality has grown, so that many people have been stuck in low paid, unstable jobs without good benefits for years and decades.

Additional key expansions would particularly boost women’s retirement security by offsetting the costs of divorce, widowhood and caregiving. Divorce, for instance, hurts women’s incomes and savings more than it affects men’s. Yet a woman who has been married for only nine years and 11 months before getting divorced would not qualify for any spousal benefits from her ex-husband. Congress could phase-in this spousal benefit for people who have been married at least five years before getting divorced. Also, expanded survivorship benefits for survivors in two-earner couples would mean that widows in particular would no longer see as drastic cuts in their benefits when their husbands pass away, as is currently the case. And giving those who care for children, parents and an ailing spouse credits toward Social Security benefits, as my co-author, Darrick Hamilton and I proposed, would also help women especially as they continue to bear a larger burden of caregiving than men do. Women will continue to struggle more than men if Congress avoids or delays sensible Social Security expansions.

Congress could also do more for people with disabilities who receive Social Security benefits. For 8 in 10 beneficiaries, Social Security Disability Insurance benefits are their sole or main source of income, yet benefits average just under $1,200 per month. Supplemental Security Income benefits are even more modest, averaging just $536 per month. Congress could increase benefits in both programs to better protect beneficiaries from poverty. It could also reform SSI’s outdated asset limit that prohibits beneficiaries from having even $2,000 in savings. Worth noting, despite Trump’s recent claim on Twitter that he “has totally left [Social Security] alone, as promised,” his administration is currently advancing a $2.6 billion cut to Social Security disability benefits via a proposed rule which estimates suggest could strip hundreds of thousands of disabled people of benefits.

Workers can also face financial insecurity both at the start and towards the end of retirement that Social Security expansion could address. Many older workers can no longer work in their early 60s, either because they struggle with long-term unemployment—many due to age-discrimination—or because of declining health that doesn’t quite meet the very high bar for disability benefits. My co-authors, Rebecca Vallas and Stephanie Lessing, and I have proposed an added “bridge” benefit for these workers. It would be higher than early retirement benefits and would gradually increase to the level of a worker’s full retirement benefits, while helping these workers avoid having their benefits permanently reduced as a penalty for early retirement. At the other end of retirement, those who live long lives face increasing economic challenges. Many will eventually run out of savings, and health care premiums will take a bigger and bigger bite out of their Social Security checks. Bumping up benefits for people who reach age 85 by a fixed dollar amount would be a progressive way to address their economic insecurity. Retirement income insecurity is real both for younger and older retirees, but targeted benefit improvements can make a meaningful difference for both.

These benefit expansions could be coupled with a number of tax reform steps that would both help to pay for the extra benefits and shrink Social Security’s long-term financial shortfall. Currently, people pay Social Security taxes only on the first $137,700 earned. Raising or eliminating this cap would reverse the erosion of Social Security’s long-term finances due to increasing income inequality. Similarly, broadening the tax base to include capital income would both counter the effects of rising income inequality and improve Social Security’s finances. And Congress could reform inefficient savings incentives to free up resources to pay for much needed benefits in a proven, effective program.

Decades of rising income inequality and falling income mobility have left many Americans with fewer savings than they need to enjoy a dignified retirement. Targeted Social Security improvements would make real differences in people’s lives. Delaying action on Social Security means that many retirees will continue to struggle throughout what were supposed to be their golden years, while millions of people with disabilities and chronic illnesses who rely on Social Security to get by will remain mired in poverty.