Breaking
Bernie Sanders Warns Republicans ‘Will Win’ In 2022...
5 Tips For Virtual Networking Success
10 Ways Covid-19 Vaccine Supply Chains Need To...
Here Come The Workers: 4 Steps To Take...
First Electric Car? Consider These Four Big Upsides...
What’s Missing From Howard Marks’ “Something Of Value”
A 10 Billion-Year-Old ‘Super-Earth’ Has Been Found In...
David Einhorn Warns Of Danger From Valuation-Indifferent Investors
How Safe Is Your Stock Portfolio Over 30...
Technology Is Rapidly Changing Cancer Care
4 Major Market Changes In 2020 That Can...
Boston Globe Starting “Fresh Start” Initiative As Part...
Can Money Protect You From Covid-19? It May...
The Most Important Voice In Artificial Intelligence: Frontline...
How to Start an Online Store
Amazon’s Small Business Empowerment Team Is Helping Entrepreneurs...
Home Technology Trump Just Extended The Huawei Ban. Is The Policy Working?
Technology 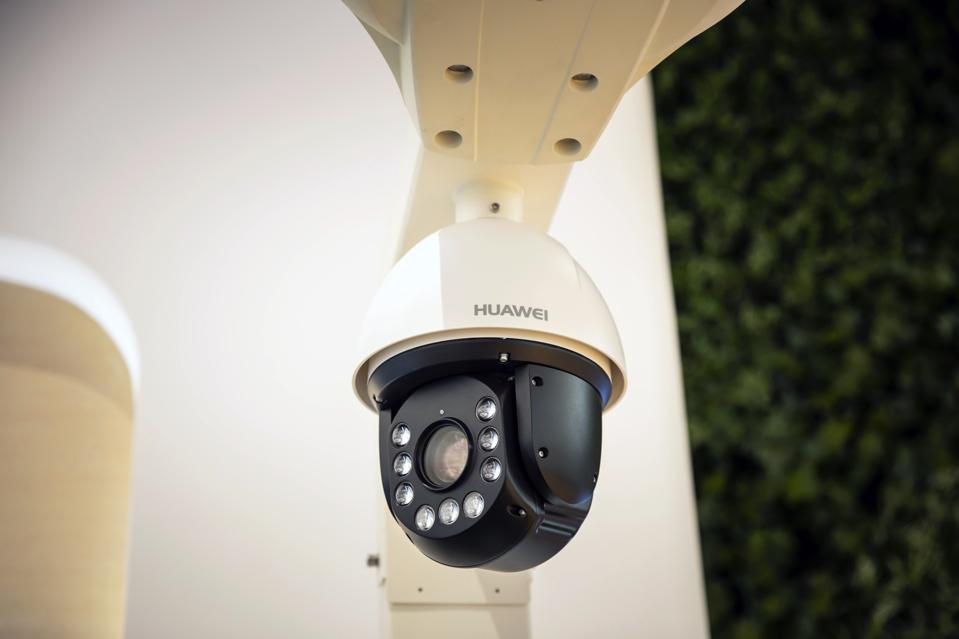 A security camera hangs on display at the exhibition hall at the Huawei Technologies Co. … [+] headquarters in Shenzhen, China, on Wednesday, March 6, 2019. Photographer: Qilai Shen/Bloomberg

The ostensible goal of the US policy toward Huawei is to limit the proliferation of its dangerous products outside of China which could threaten America’s national security, impede its ability to transmit intelligence with allies, enable surveillance, or facilitate theft of valuable information. Thus, a reduction of the spread of Huawei products and services would be one, though not the only or even most important, indicator of policy success. A preliminary review of Huawei’s 2019 annual report notes that its sales growth has declined in every region outside of China, though it managed to have a profitable year overall as smartphone sales have surged within China. While just one data point and hardly conclusive, it is interesting nonetheless, particularly as Huawei states it has not been harmed by US policy and that it does not need US technology. The area represents an important area for policy research.

On Wednesday, President Trump extended for another year the 2019 Executive Order which declared a national emergency to address threats posed by certain information and communications technology and services from foreign adversaries. I described the action a year ago and the subsequent placement of Huawei on the Entity List (along with almost 200 other firms), an action which prohibits US firms with sensitive information technology to transact with Huawei without first obtaining a Department of Commerce (DOC) license.  DOC’s Bureau of Industry and Security (BIS) issues the rules and licenses governing how US companies can work with Huawei on existing technologies and in standards bodies, whereas the “ban” restricts transactions on new technologies and deployments.  A timeline of these policies during the current administration is offered by Arent Fox.

The Trump Administration did not originate the tough stance on Huawei, but it has gone further than any other to enact specific policies to address security concerns, including developing significant bipartisan policy. Many countries have adopted policies to restrict Huawei and other Chinese state owned and affiliated entities producing technology, some arguably stricter than the US. There are additional restraints on Huawei including funding prohibitions from the National Defense Authorization Act and Federal Communications Commission and extensive law enforcement by the Department of Justice.

The bipartisan U.S. China Economic Security Review Commission has long known of the problems of Chinese state owned and affiliated enterprises delivering products and services for information technology. In 2012, a bipartisan House Permanent Select Committee on Intelligence issued an in-depth report about Huawei, based upon an extensive investigation and visit to company’s headquarters in China. In 2003 Cisco sued Huawei for copying source code for routers and switches, noting as evidence that Huawei’s manuals had the same typos as Cisco’s. Huawei removed the code, admitted wrongdoing, and settled out of court with Cisco. Jeff Ferry, Research Director for the Coalition for a Prosperous America, details the various IP theft and infringement cases relating to Huawei.

Though audited by KPMG, Huawei’s financial information should be taken with a grain of salt as it is an unlisted company and does not conform to the financial disclosure standards of its non-Chinese competitors. However an in-depth analysis by Strand Consult of Huawei’s financial statements from the last decade and in the last year show some important trends. Over the last decade, Huawei has shifted sales from network equipment to smartphones, with consumer products accounting for 17 percent of Huawei’s revenue in 2010 and 54 percent in 2019. Another important change is that domestic sales in China outpace sales abroad. In 2010, two-thirds of Huawei’s sales were outside China, but by 2019, that share had fallen to 41 percent. This means that Huawei’s revenue has grown faster inside China than out.

In 2019 revenue growth from outside China has decreased in every region. Whereas sales had been growing abroad for some time, they fell markedly in 2019, down 15% in EMEA, 28% in Asia Pacific, and 8% in the Americas. Huawei has shifted focus from selling 5G network equipment to selling smartphones in China.  Essentially no one outside China will buy a smartphone without Google Mobile Services. In China, Huawei sells its smartphone with its proprietary Harmony operating system.

It is telling that few of Huawei’s non-Chinese customers will go on the record about 5G. For 2019, Huawei notes, “We have signed more than 30 5G commercial contracts with leading global carriers and shipped more than 40,000 5G sites to different markets around the world.” It is difficult to verify these claims, and it is likely that most of the 5G cites are in China. Huawei does not publish a list of customers or cell sites. By contrast Nokia discloses its 5G customers, 70 operators globally, and Ericsson has 91 customer references.

Huawei has also long claimed that it does not need the US for its business. In 2014 Huawei’s CEO noted that not being able to bid on US federal contracts does not hurt the company. He reiterated in 2019 that not Huawei does not need US technology. As such, if there was a concern that US actions are hurting Huawei financially, the company denies it. Indeed, that should not be reason to hold back necessary steps to secure information networks by restricting Huawei equipment.

Huawei boasts of a budget for Research and Development (R&D) of $18.4 billion in 2019 but does not break out the portion devoted to 5G. The number it provides portion covers investments made across a product portfolio of solar panels, chipsets, mobile phones, laptops, tablets, telecommunications infrastructure, data centers, and solutions for AI and smart cities.

By contrast, Huawei’s competitors disclose their specific R&D budgets for 5G: Nokia with $4.8 bilion in its most recent report, and Ericsson at $4 billion. Moreover, Huawei’s story about 5G patents is also murky. In 2019, Nokia earned $740 million in license revenue; Ericsson, some $800 million. The only comparable figure for Huawei is a “net gain/(loss)” of $98 million for 2018. This cryptic figure challenges Huawei’s claims about the necessity of its patents for 5G. A more important measure is whether the patents are essential. Analysis by Bird & Bird suggests that Ericsson, Samsung, Qualcomm, and Nokia have more essential 5G patents than Huawei.

Where there is not conclusive evidence of the success of policy to restrict Huawei for national security reasons, the preliminary measure of a decrease in sales growth outside China points in the right direction.