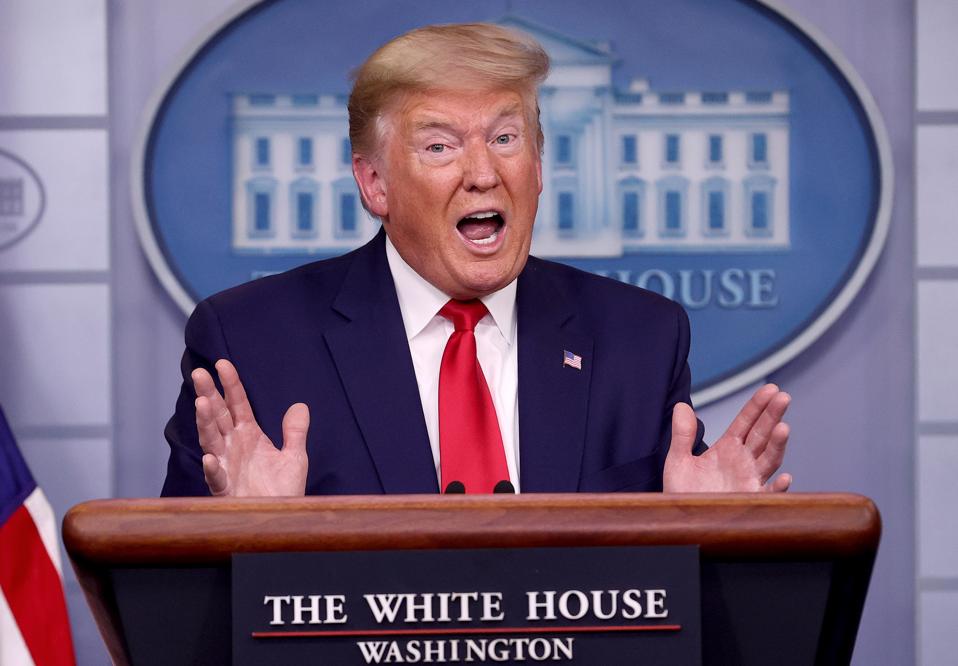 At a Saturday press conference, U.S. President Donald Trumps said people with lupus may be less … [+] susceptible to coronavirus, before adding, “maybe that’s correct, maybe it’s false, you’re going to have to check it out.”

Topline: President Donald Trump sparked confusion Saturday by claiming a study suggested that people with the autoimmune disease lupus were not as affected by coronavirus—presumably because they commonly use the drug hydroxychloroquine—but then immediately backtracked, saying “maybe that’s correct, maybe it’s false, you’re going to have to check it out,” and his own medical advisor downplayed any connection.

Key background: Trump has made statements about the possibilities of hydroxychloroquine before—including falsely claiming that the FDA had approved the drugs for treatment—and just as recently as Friday Fauci warned that Americans shouldn’t assume hydroxychloroquine is a “knockout drug” when it comes to coronavirus, saying more studies need to be done. The first substantial clinical trial focused on hydroxychloroquine as treatment for coronavirus began in New York last week after receiving fast-track approval from the Food and Drug Administration. The CDC warns against taking nonpharmaceutical chloroquine phosphate without a prescription and the supervision of a healthcare provider because it “can cause serious health consequences, including death.” Confusion over the drug has led some Americans to seek unofficial substitutes, such as an Arizona man who bought a common chemical used to clean fish tanks, which killed him and landed his now-widow in intensive care.

LASTMONDAY’s ‘Audemars’ Video Is A Real-Time Look At...