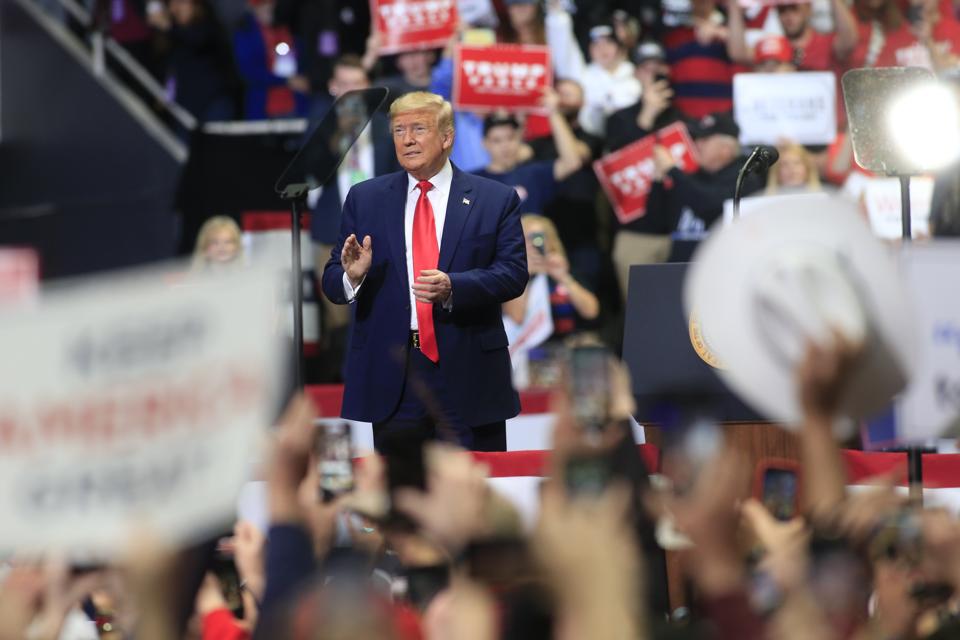 Trump and the RNC jointly raised $61.7 million in April, while the Biden campaign and the DNC raised $60.5 million during the same period, both campaigns announced Monday.

The Trump campaign told Politico that they currently have $255 million in cash on hand.

The Biden campaign hasn’t said how much cash on hand they have, however they entered April with $57.2 million, meaning they are still certainly trailing the Trump campaign by a considerable margin.

April was the first month that Biden, as the presumptive Democratic nominee, raised money as part of a joint fundraising agreement with the DNC.

The coronavirus pandemic has upended campaign fundraising, eliminating the high-dollar events that typically bring in the bulk of donations. Campaigns have been forced to rely almost entirely on digital operations such as apps, texts and emails. But the campaigns have still attempted to maintain some semblance of normalcy, such as a virtual Biden fundraiser with tickets that went for $2,800 to $100,000 and raised $2.7 million.

Biden may have a larger group of swing states in which to spend his campaign cash. An Emerson University poll released Monday showed him trailing Trump by 3 points in Ohio and 6 points in Texas, backing up previous polls of Ohio and Texas showing close races. Both states went for Trump by more than 8 points in 2016. Biden has also led in recent polls of crucial swing states like Michigan, Pennsylvania and Florida, and leads by 20 points in Colorado.

A Trump, China, And Coronavirus Perfect Storm Could Destroy The U.S. Dollar