Breaking
Renewables And Energy Storage Are Surging In Red...
Bitcoin’s Richest Are Selling, So Why Is The...
Apple’s iPhone 12 Will Cause Serious Problems For...
Rock Royalties – How A European Startup Is...
4 Differences Between Creative and Marketing Agencies
A Meeting Is A Gathering: The Most Common...
IRS Tax Extension To Jan. 15 For California...
Senate GOP Pushes Through Democratic Filibuster To Advance...
How These Successful Entrepreneurs Learned To Adapt And...
Six Ways Tax Rates Go Up For Retirees
How ‘Mario Kart Live: Home Circuit’ Straddles The...
6 Tools To Bring Your Virtual Conferences To...
COVID-19 And The Future Of Aging: Prospects For...
Harman’s New Citation MutiBeam 700 Is A Feature-Packed...
A Startup Raises $11 Million Using Zoom, A...
Is Your Business Stagnant? It Might Be Time...
Home Business Trump Officials Say Unemployment Could Hit 25%, But No New Stimulus Coming Soon
Business

White House officials painted a bleak picture of the U.S. economy on Sunday but cautioned another stimulus bill could take time to materialize. 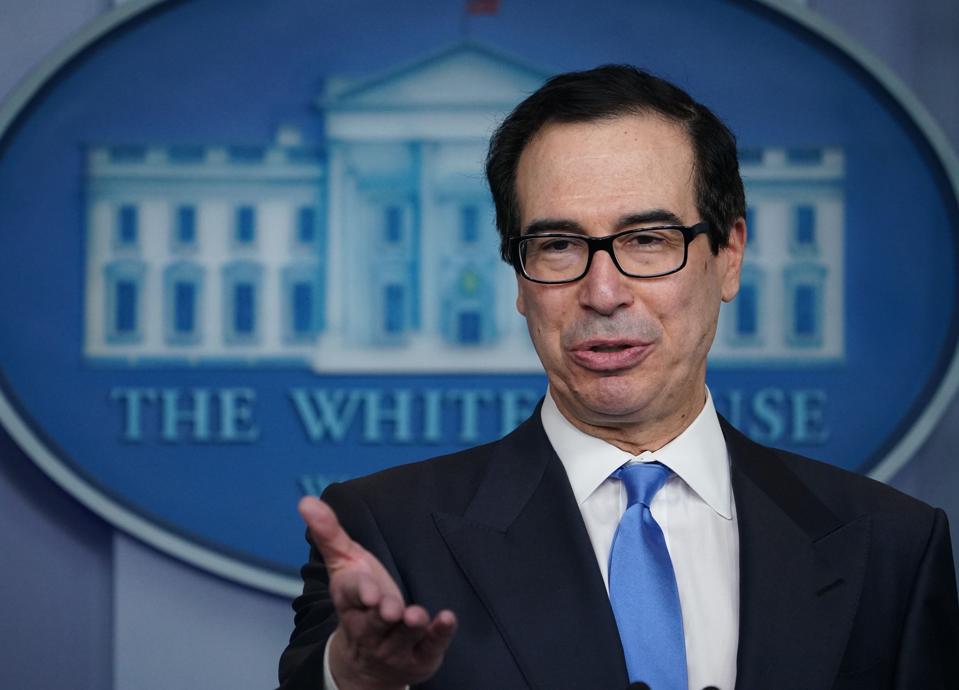 Days after the U.S. Bureau of Labor Statistics reported that the unemployment rate soared to 14.7% in April, White House economic adviser Kevin Hassett said Sunday on CNN’s “State of the Union” he believed it would reach “20% in the next report.”

Treasury Secretary Steve Mnuchin conveyed a darker outlook on the economy, acknowledging on “Fox News Sunday” that the real current jobless rate could be closer to 25%.

Still, White House officials said that the worst economic numbers since the Great Depression were likely not going to improve in the coming weeks: “The reported numbers are probably gonna get worse before they get better,” Mnuchin said.

“I don’t want to sugarcoat… I think the numbers for May are going to be difficult,” White House economic adviser Larry Kudlow said Sunday on ABC News’ “This Week.”

The White House also sought to dampen expectations that more relief is coming soon with Mnuchin saying Sunday the White House may wait a “few weeks” before considering another stimulus bill.

And Kudlow asserted that lawmakers a “pause” was needed to measure the “economic impact” of the relief passed by Congress thus far, adding that no “formal negotiations” had begun on a fourth stimulus package.

Mnuchin echoed Kudlow’s sentiment on Sunday as well: “What the president and I are now saying is we spent a lot of money, a lot of this money is not even into the economy yet,” he said. “Let’s take the next few weeks — I’m having discussions with both the Republicans and the Democrats to understand these issues. The president and I are having conversations with outside people.”

House Speaker Nancy Pelosi (D-Calif.) has said that Democrats could introduce legislation for a fourth coronavirus stimulus bill as soon as this week. President Trump has zeroed in on a payroll tax cut in the next stimulus bill and Senate Majority Leader Mitch McConnell is hoping to include business liability protection. Democrats are pressing hard for federal relief for states and localities stretched thin by the outbreak.

Mnuchin reiterated Sunday that the White House was hard set on including a payroll tax cut in a fourth stimulus bill, even as some Republicans and many Democrats express doubts it would deliver enough relief to the U.S. economy with more than 30 million out of work.

“It’s an incentive to get people back to work,” Mnuchin said.

More Direct Payments And State And Local Aid: Here’s What Might Be In The Next Stimulus Bill (Forbes)

Weep For Ohio University, But Don’t Forget Athens, Ohio In Your Prayers