Home Technology Trump On New York’s Ventilator Shortage: ‘We’re Going To Find Out’ If They Have Enough
Technology

Trump On New York’s Ventilator Shortage: ‘We’re Going To Find Out’ If They Have Enough 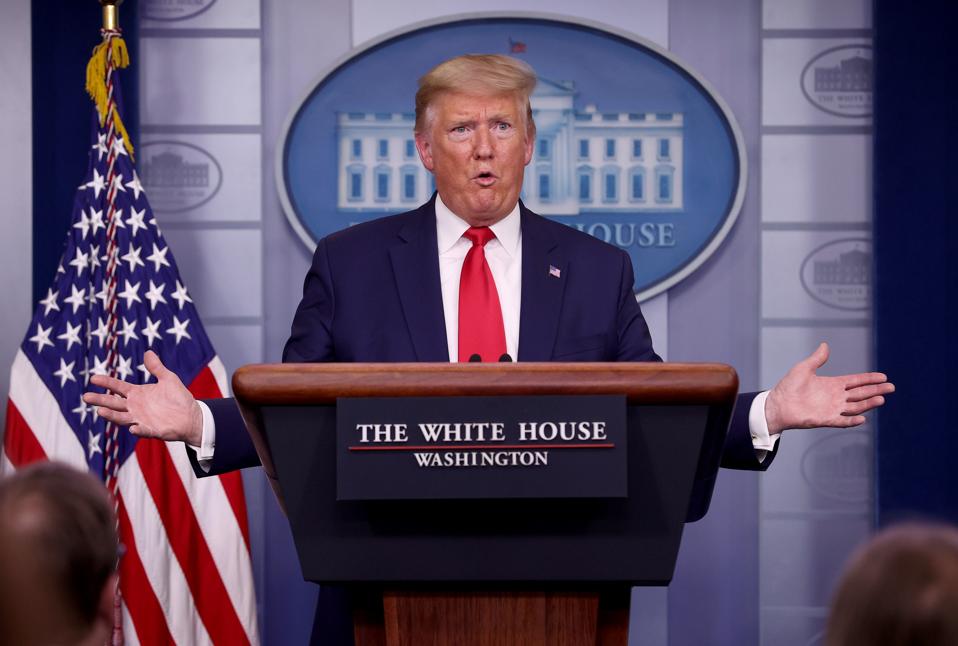 WASHINGTON, DC – APRIL 03: U.S. President Donald Trump answers questions in the press briefing room … [+] with members of the White House Coronavirus Task Force April 3, 2020 in Washington, DC. President Trump announced that Americans in virus hot spots should wear a mask when out in public as the death rate caused by coronavirus has nearly doubled in three days in New York City while the nation continues to reel from the impacts of COVID-19. (Photo by Win McNamee/Getty Images)

Topline: The sparring between President Trump and the governor of his home state of New York over who was responsible for a severe ventilator shortage spilled into Friday’s White House briefing. Trump also revealed a new plan for uninsured victims of the coronavirus.

Key Background: The U.S. leads the world in coronavirus cases with 275,586. There have been 7,087 deaths and 9,707 recoveries. On March 31, the White House shared that the country could see 100,000 to 240,000 deaths from the coronavirus even with full mitigation. While Trump on Friday continued to leave stay-at-home measures up to states, Fauci on Thursday said he “doesn’t understand” why a broader, national order hasn’t been put in place.

Is Buying An Annuity In A Bear Market A Good Idea?

These Companies Are Hiring Despite Coronavirus

‘Fortnite’: Where To Land At Grumpy Greens, Mowdown...