Breaking
Silver Shines, Says Citi, Tipping A 60% Price...
Report: Lawyers Unable To Locate Parents Of 545...
In Need Of A Competitive Edge? Look To...
Think Small: Timely Picks To Capture The Reawakening...
Patient Gets Covid-19 Swab Lodged In Her Lung...
Nine Signs You’re Not Being Effective During Your...
Chromebooks Can Now Run Windows 10 – Find...
Will Biden’s Tax/Benefit Plans Help/Hurt You And The...
This Fashion Brand Turned A Stripe Into A...
On CRM: Salesforce Has Finally Fixed Your CRM...
Shots In The Dark: Why Access To A...
The Case For A Better ROI From Virtual...
What Building Wealth Really Takes In Business
Building A Circular Economy In New York City...
How To Cast Your Vote Against Election Scams
Does Business Investment Follow Data or Gut Feel?
Home Business Trump Says He’ll Ban TikTok As Soon As Saturday
Business 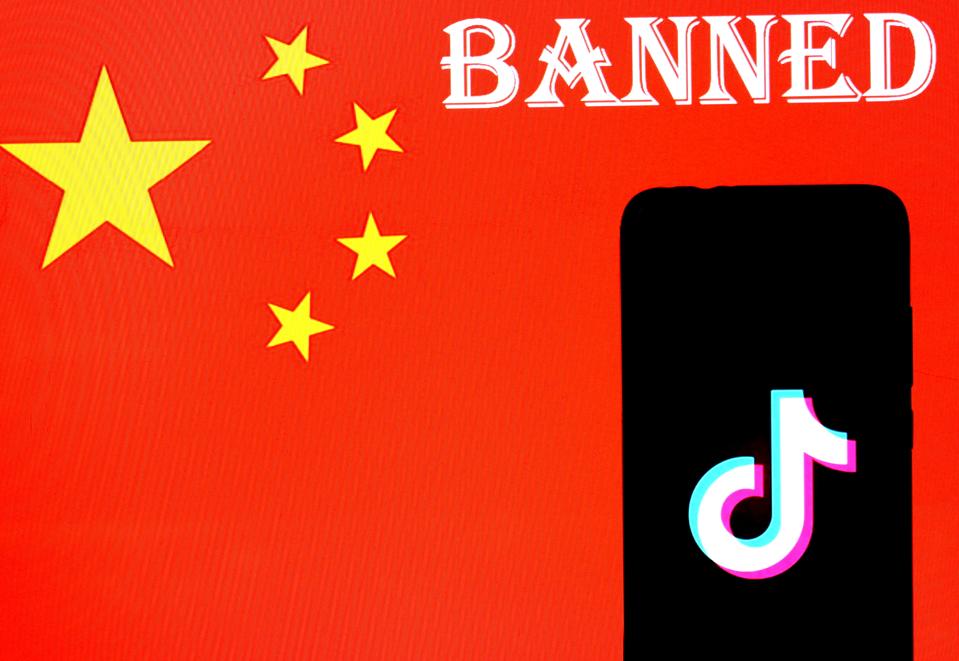 In this photo illustration a Tiktok application logo seen displayed with a background of the Chinese … [+] Flag. Indian Government issued an order on 29th June to ban 59 China-linked mobile phone applications on grounds of national security. (Photo Illustration by Avishek Das/SOPA Images/LightRocket via Getty Images)

President Trump late Friday said he would ban Chinese-based TikTok from the United States, a move that would cap weeks of speculation about what actions the government would take against the short-form video and social media app.

“As far as TikTok is concerned, we’re banning them from the United States,” Trump said while aboard Air Force One. The ban, he said, could arrive as soon as Sunday.

For the past month, the Trump Administration has been weighing its options after declaring TikTok a threat to national security over concerns that the app might be sharing user data with the Chinese government. But as recently as Friday afternoon, it appeared that Trump might go in another direction and order TikTok’s parent company, ByteDance, to divest the U.S. operations of TikTok. Microsoft MSFT was reportedly one company interested in that acquisition, a surprising development that would put the tech giant into new competition with Facebook and Google GOOGL ’s YouTube.

While on Air Force One, Trump said he didn’t favor letting ByteDance sell off TikTok like that. (It did something similar with Grindr, the gay dating app, earlier this year, demanding its Chinese owners sell the business, which its owners then did.) Trump said he would use emergency economic powers or an executive order to ban the app.

Parts of the U.S. military has already banned the app from government phones over security concerns, and the Pentagon has urged its staff to do the same. In June, India issued its own country-wide ban following rising political tensions with China.

ByteDance bought the predecessor app to TikTok in 2017, then rebranded it and spun into the global phenomenon it has become. It has been downloaded almost 2 billion times across the world, creating a new generation of young influencers and celebrities who’ve spent the past few weeks weighing what other platforms they might migrate to if TikTok is killed off in the U.S.