Breaking
France Off Travel Corridors And FCO Exempt List
Ask Ethan: Why Are The Moon And Sun...
When To See The Moon And The Planets...
IRS-CI Involved In Largest-Ever Seizure Of Terrorist Organizations’...
The Check Really Is In The Mail. After...
Epic Games Vs Apple: Why You Won’t Be...
Senator Kamala Harris Proposed A Bold Tax Credit...
Deal Terms To Reduce The Risk When Buying...
Multiple Sclerosis Drug Shows Promise For HIV Prevention...
The Neglected Piece Of Retirement Planning
It’s No Longer A Viable Option For Capitalism...
Virtual Credit Cards: An Extra Layer Of Protection...
Lessons From The Rainforest: Human Health Leads To...
Four Easy Ways To Bolster Your Company’s Reputation
It’s All About Claims: New Claims Come In...
Does Covid-19 Change How We Look At Digital...
Home Finance Trump Signs PPP Extension Bill—Giving Small Businesses Another 5 Weeks
Finance

President Trump Saturday signed into law a bill extending the Paycheck Protection Program—an emergency federal loan facility for small businesses struggling because of the pandemic—for another five weeks until August 8, buying Congress time to figure out what the next round of aid for small businesses will look like when it reconvenes later this month to hash out more stimulus legislation. 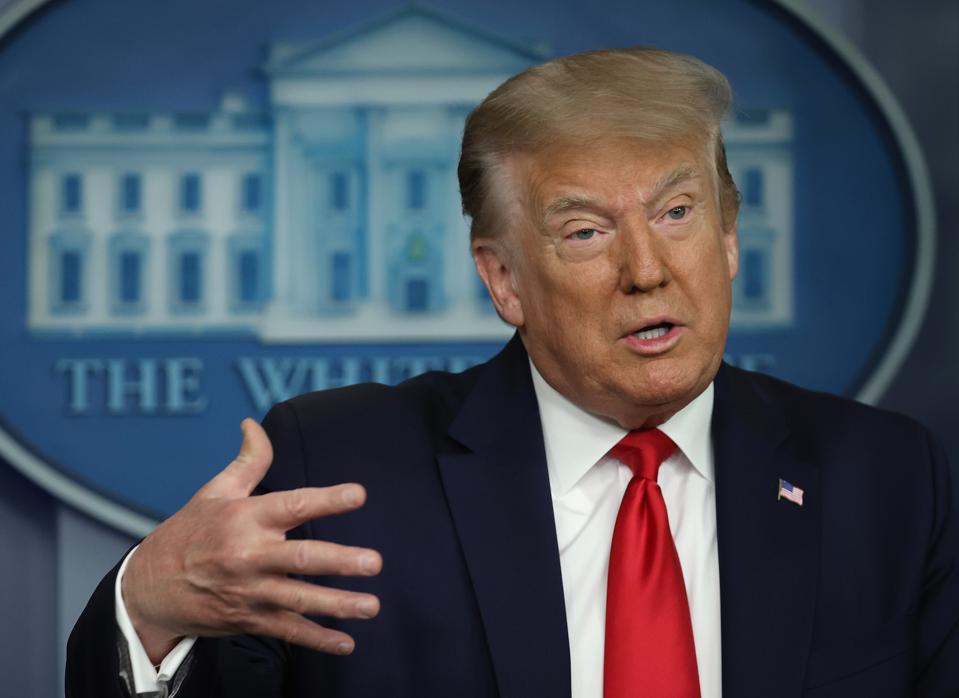 U.S. President Donald Trump speaks to the media in the briefing room at the White House on July 2, … [+] 2020 in Washington, DC.

The PPP was originally slated to close down last Tuesday.

The Senate unexpectedly approved the new legislation by unanimous consent on Tuesday evening, and the House followed suit on Wednesday.

Some $130 billion in loan money allocated to the $670 billion program remains unspent.

When Congress returns from its July 4th holiday recess, it must figure out how to allocate the remaining money and determine the next steps for federal aid to small businesses.

Treasury Secretary Steven Mnuchin has said that the next round of small business aid will need to be “more targeted” to the specific industries that are struggling the most, like hotels and restaurants.

Another popular Democratic proposal would allow businesses with fewer than 100 employees to take out a second PPP loan from the remaining funds.

4.8 million. As of June 27, that’s how many PPP loans had been approved. All in, those loans were worth nearly $520 billion.

The PPP was created as part of the $2.2 trillion CARES Act, signed into law by President Trump at the end of March. The $350 billion program provided forgivable loans to cover payroll and overhead expenses for cash-strapped businesses to keep them from folding during the worst of the economic slowdown. After an initial crush of applications and a chaotic rollout period, the PPP ran out of money in just two weeks, prompting Congress to pass more legislation to re-up the facility with another $310 billion.

It’s Official: Trump Wants A Second Round Of Stimulus Checks In ‘Larger Numbers’ Than Democrats (Forbes)

5 Ways Brands Can Take Meaningful Action During This Time