Breaking
Bitcoin And Blockchain Are The ‘Future’ Of Twitter,...
COVID-19 Pandemic Has Birds Changing Their Tune
Beat Zoom Fatigue With These 6 Tips
How To Sustain (Or Sabotage) A Customer Service/Experience...
How, When And Where You Can See A...
New $2.2 Trillion Stimulus Bill Proposed—$1,200 Stimulus Checks,...
Why Do We Do What We Do? Manipulating...
California Brand Goes All-American As Amazon Bans Foreign...
The 3 Best Analytics Companies of 2020
Senator Cory Booker: Supporting Small, Minority-Owned Businesses Will...
Trump’s Taxes Are Finally Leaked—What’s Next?
Washington Heats Up Ahead Of First Presidential Debate:...
Systemic Racism Leads To Disparities In Nursing Home...
The New Regular: Prepare For Conflicts Of Customer...
Web VR.0 – Have VR Websites (Finally) Arrived?...
This Next Evolution Of E-Commerce Did $18 Billion...
Home Finance Trump: Student Loan Relief May Be Extended
Finance 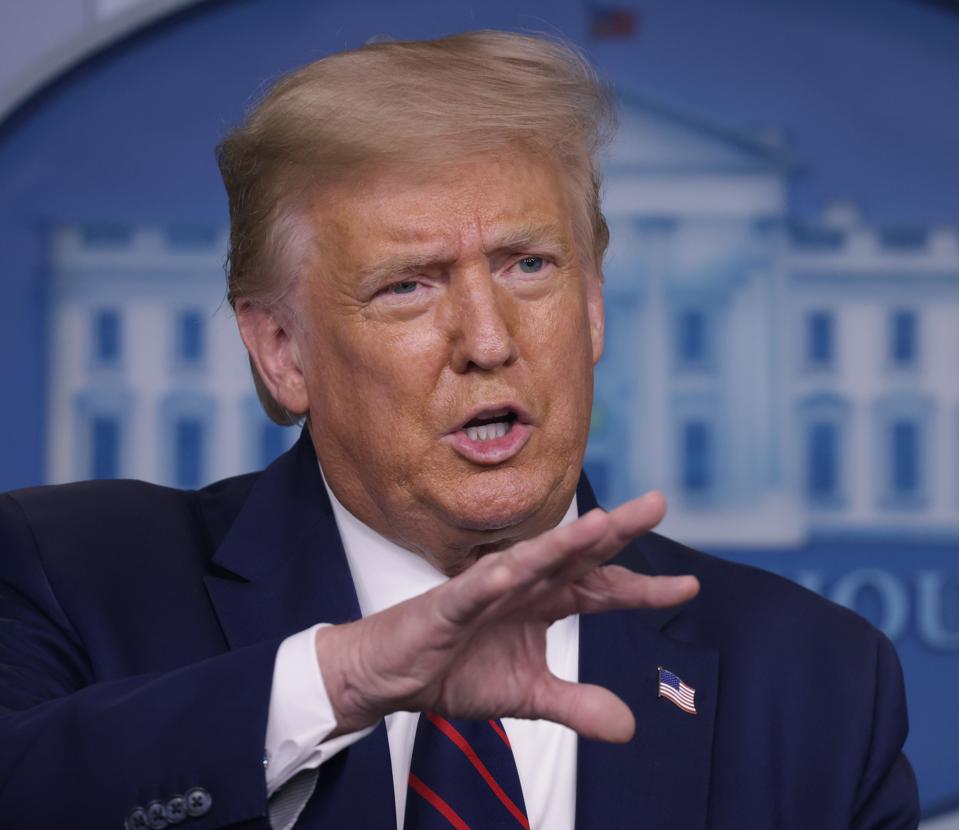 Will there be more student loan relief? Trump briefly addressed student loans today during remarks at the White House. “We also suspended student loan payments for six months, and we’re looking to do that additionally and for additional periods of time,” Trump said. Based on these comments, the Trump administration may be looking to push a potential extension of the student loan benefits granted under the Cares Act, which is the $2.2 trillion stimulus package that Congress passed in March.

Through September 30, 2020, the student loan relief under the Cares Act:

How to pay off student loans