Trump Tweeting As Much As Ever Amid Twitter Standoff [Infographic]

President Trump has signed an executive order aimed at curtailing some of the legal protections given to social media companies, though it is expected to face significant legal challenges. It sets out to clarify the Communications Decency Act and it gives regulators the power to take legal action against social media companies for the way they police content on their platforms. Trump’s move came two days after Twitter appended a fact check to a misleading tweet about mail-in voting and he subsequently threatened to close the company down, stating that “if it were legal, if it could be legally shut down, I would do it”. He also accused social media companies of having unchecked power, interfering in elections and censoring conservative voices.

The spat has continued to escalate, and early this morning, Twitter placed a violent content warning on one of the president’s tweets after he stated that “once the looting starts, the shooting starts” in reference to Minneapolis. The irony of the situation is that despite Trump’s threats to close down Twitter, he has never been so reliant on the platform, boasting more than 80 million followers. Even when asked in the Oval Office why he wouldn’t just walk away from it, Trump said he would delete his account in a heartbeat if it wasn’t for his unfair treatment at the hand of fake news institutions. He said he can rely on his combined social media channels to bypass traditional media and refute fake news by reaching up to 186 million people.

Trump’s reliance on Twitter to reach his supporters has become clearer over the past 12 months as he has become increasingly active on the platform, according to data from the Trump Twitter Archive, a website that tracks all of his tweets and retweets. For example, he tweeted or retweeted 3,578 times in 2018, a figure that grew to 6,934 in 2019. So far, 2020 has proven extraordinarily turbulent given January’s tensions with Iran and the emergence of the coronavirus pandemic in the months since. So far in May, the president has tweeted more than 800 times and his total for the year so far is 4,474. That is likely to increase steadily until November unless the seemingly unthinkable happens and and Twitter takes action beyond fact checking and violent content warnings. 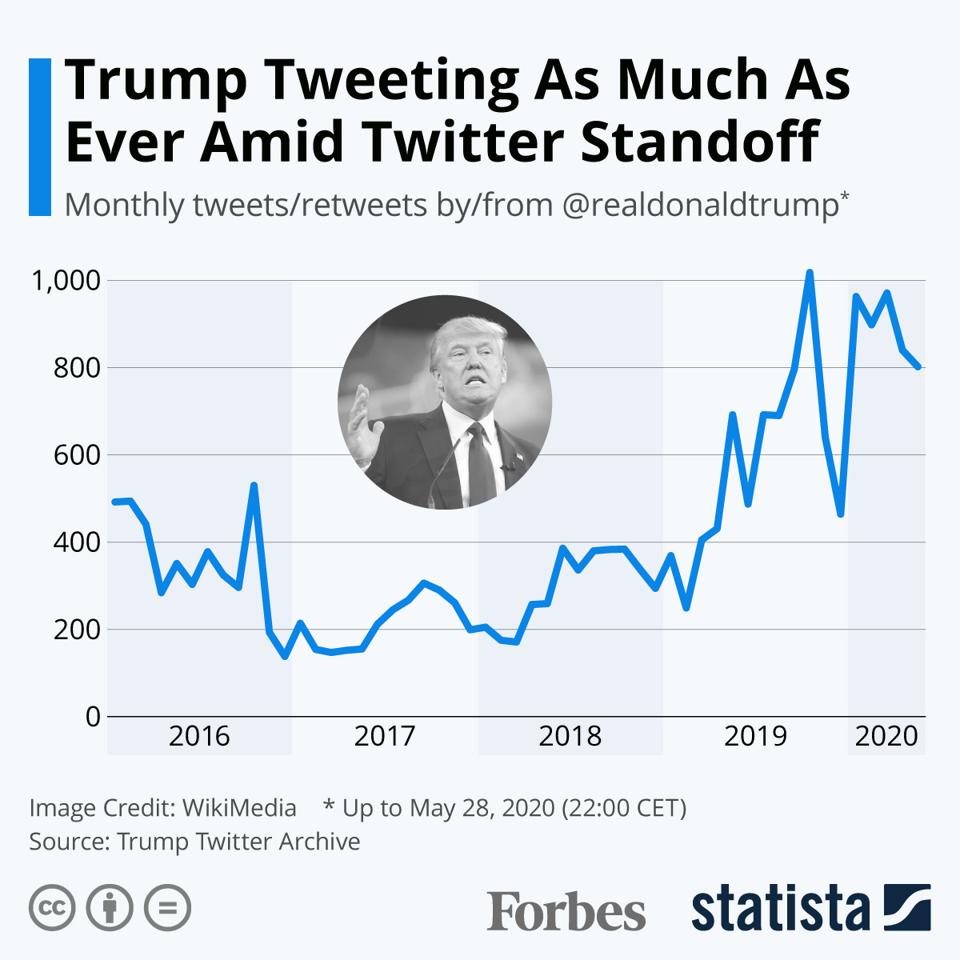 Why Molina Healthcare Stock Is Up 3x Despite Declining Revenue?

My Analytical Narcissism May Soon Benefit Your Readerism