Breaking
Growing Your Retirement Money Using 401(k) Dollar-Cost Averaging
Wellness Exec Abby Miller Levy Partners With Venture...
Microsoft Teams Issues Strike To Zoom With Tidal...
What’s Coming For The S&P 500 In October
4 Ways You Can Showcase Empathy With Your...
A $22,000 Microsoft Surface Will Soon Be For...
Zooming In – Should SMEs Invest In The...
iOS 14: The Surprising Security Risk Of Sharing...
How A Break From Lord Sugar Changed The...
Sunday’s Google Doodle Is Actually About Google
Office Of The Comptroller Of The Currency Chief...
Source Code For Multiple Windows Operating Systems Publicly...
Why Forgettable Pfizer Really Is A Great Value...
Hot For The Holidays? Amazon Home Drone, Kid...
Best Small Business Loans
The FAAMG Stocks Drive The Markets
Home General Trump Wants Second Stimulus Checks In Bigger Stimulus Package
General 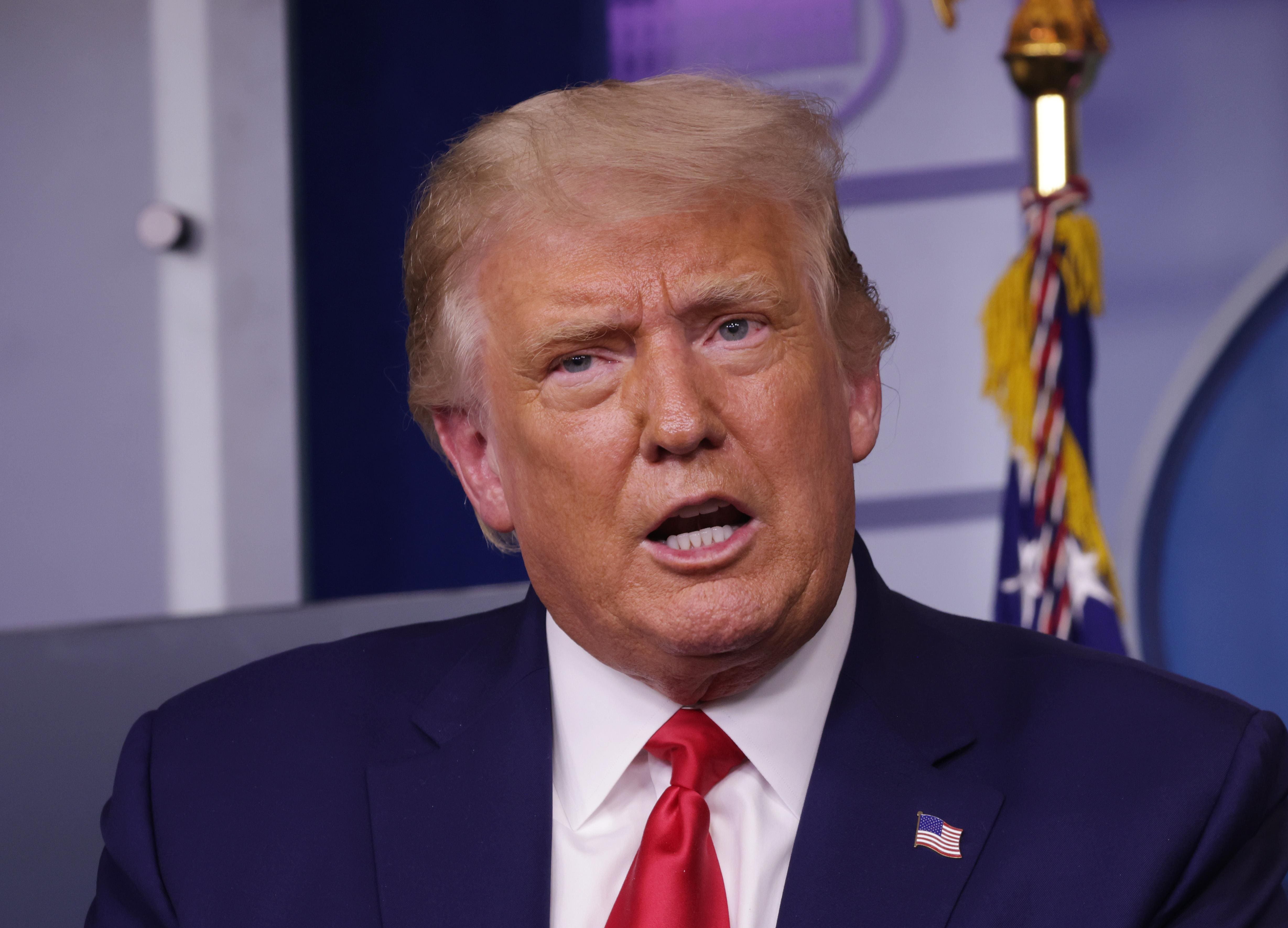 President Donald Trump said “much higher numbers’’ are needed for the next stimulus package.

Trump tweeted Wednesday: “Democrats are “heartless”. They don’t want to give STIMULUS PAYMENTS to people who desperately need the money, and whose fault it was NOT that the plague came in from China. Go for the much higher numbers, Republicans, it all comes back to the USA anyway (one way or another!).’’

Trump’s push for a higher stimulus package comes as the president faces re-election in November and millions of Americans are unemployed or struggling financially from the Covid-19 pandemic. That said, higher spending may place Trump at odds with Senate Republicans who have proposed a $500 billion stimulus package that didn’t include second stimulus checks. That stimulus proposal was preceded by the Heals Act, a $1 trillion stimulus bill that Senate Republicans proposed this summer.

“I’m not sure what higher number means … but I know sort of what the threshold is for what we can (get) Republican votes for in the Senate, and if the numbers are too high anything that got passed in the Senate would be passed mostly with Democrat votes and a handful of Republicans,” Senate Majority Whip John Thune (R-SD) told CNN. “It’s got to have a realistic range if we want to maximize, optimize, the number of Republican senators that will vote for it.”

What do “higher numbers” mean for the next stimulus?

There’s been much speculation about what Trump means by “much higher numbers.” Is he referring to the $1 trillion Heals Act? The $500 billion Republican proposal? The Democrats’ $2.2 trillion proposal? White House press secretary Kayleigh McEnany clarified on Wednesday during a press briefing. “What the President was referring to was the $500 billion bill that passed the Senate,” McEnany said. “It didn’t include direct payments. So, he wants more than the $500 billion, and he is very keen to see these direct stimulus payments and we hope that Nancy Pelosi will work with us in good faith.”

How big will the next stimulus package be?

“We are encouraged that after months of the Senate Republicans insisting on shortchanging the massive needs of the American people, President Trump is now calling on Republicans to ‘go for the much higher numbers’ in the next coronavirus relief package,” Speaker of the House Nancy Pelosi (D-CA) and Senate Minority Leader Charles E. Schumer (D-N.Y.) said in a statement. “We look forward to hearing from the president’s negotiators that they will finally meet us halfway with a bill that is equal to the massive health and economic crises gripping our nation.”

It’s unclear if congressional Republicans will embrace Trump’s call for a higher stimulus plan, particularly since they have been focused on lower spending.

Congress is now in session. While there is no guarantee there will be a stimulus deal, both parties appear interested in striking a deal. However, both political parties are at an impasse. Given that many members of Congress spend October campaigning for re-election, a stimulus deal may not get done before November. That said, if a deal is to get done, the end of September or early October would likely be the last chance before the election on November 3. Congress also must contend with a continuing resolution to keep the federal government funded starting October 1. Republicans want a $500 billion to $1 trillion stimulus deal and Democrats are set on $2.2 trillion stimulus package. If second stimulus checks are included in a potential deal, Republicans and Democrats likely would need to reach consensus in the $1.5 trillion to $2.0 trillion range.

$300 a week unemployment benefits end in these 7 states

Pelosi: We are not budging on stimulus—$2.2 trillion or nothing

Will Biden’s Kamala Harris pick give boost to a monthly stimulus check?

Why you got a $500 stimulus check this week

Here’s when $300 a week unemployment benefits may start

Will you get a second stimulus check in Trump’s executive order?

This second stimulus check would pay the most

When will my second stimulus check come?

Trump: Student loans may be extended for “additional periods of time”

Trump: Second stimulus checks may be higher than $1,200

What the new stimulus package means for your student loans

Stimulus: here are the latest numbers for second stimulus checks and more

Second stimulus checks may be less than $1,200