Breaking
How To Get Your Startup Business Off The...
How To Create A COVID Safe Construction Site
How to Make a Good First Impression at...
Plan To Buy An Electric Car? Is A...
Covid-19 Death Toll In U.S. Passes 200,000
Apple iOS 14 Has 25 Great Secret Features
5 Decisions That Will Increase Your Chances Of...
Coronavirus Is Shaping Up To Be Very Bad...
TikTok: Why Is Everyone In A Tizzy?
Is It Time For A Bank For Women?
As Israel Locks Down, Its Health Tech Sector...
California Increases Homestead Exemption In New Legislation
Buying The Bulge Is Dangerous
5 Strange Things Happening Right Now In The...
The Best Blogging Platforms (In-Depth Review)
How Will The Coronavirus Impact Your Finances?
How Xbox Series X Will Attempt To Avoid...
Virgin Orbit Seeking Over $100 Million As ‘Jaw...
How To Develop The Confidence To Launch A...
Home Business Trump Will Challenge The Subpoena Seeking His Tax Returns, Despite Supreme Court Decision
Business

Trump Will Challenge The Subpoena Seeking His Tax Returns, Despite Supreme Court Decision

Less than a week after the Supreme Court ruled that President Trump can be subpoenaed to provide his tax returns to the Manhattan District Attorney’s Office, Trump’s lawyer William Consovoy wrote to Judge Victor Marrero, the Manhattan federal court judge overseeing the subpoena case, saying the president plans to challenge the subpoena as the nearly year-long legal battle continues. 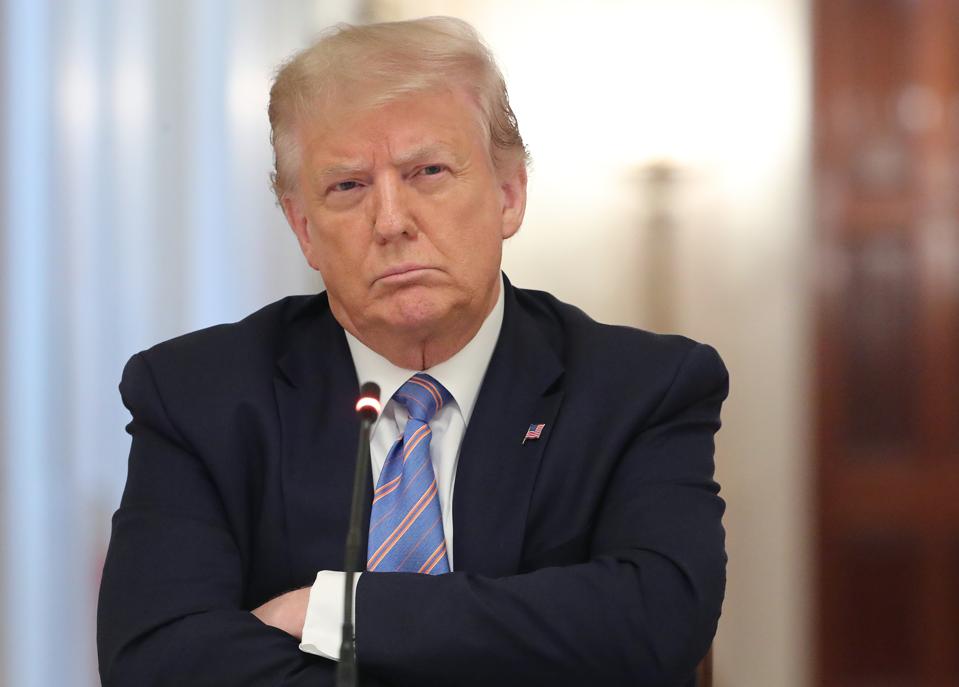 President Trump at an event at the White House in July 2020.

The Supreme Court decision on July 9 struck down Trump’s argument that a sitting president “enjoys absolute immunity from state criminal process” with a 7-2 vote, meaning he could be investigated by a state prosecutor while in office and subpoenaed.

The Supreme Court decision made it clear that Trump has “the right to challenge the subpoena on any grounds permitted by state law” and, in a joint filing Wednesday, Consovoy indicated that the president will continue to litigate.

Consovoy listed several potential arguments, including that the subpoena was motivated by a “desire to harass” or retaliate against Trump, that it would impede his ability to carry out his job and that Trump’s team should have more insight into the basis of the subpoena.

In the same filing, Manhattan District Attorney Cyrus Vance Jr.’s lawyer Carey Dunne argued that the judge “has already found that there was no demonstrated bad faith, harassment, or any other unusual circumstances” and that “except in extreme cases, the law does not permit the recipient of a grand jury subpoena to conduct discovery into the bona fides or motivations behind such a subpoena, and nothing in the Supreme Court’s decision suggests that this President should be able to do so here.”

The Manhattan District Attorney’s office urged Marrero to make a decision quickly due to “continuing concerns about the potential loss of critical evidence and expiration of statutes of limitations” if the subpoena is delayed and wrote a similar plea to the Supreme Court.

Marrero is set to hold a hearing on Thursday to discuss a schedule for further arguments, but he is not expected to rule on the merits of either side’s position on the subpoena at that time.

The Manhattan District Attorney’s Office opened an investigation into what it described as “business transactions involving multiple individuals whose conduct may have violated state law” in 2018. Vance has not explicitly said what he is investigating but, according to CNBC reporting, the investigation concerns whether the Trump Organization improperly accounted for a $130,000 “hush money payment” made by Trump’s then-lawyer Michael Cohen in 2016 to Stormy Daniels, who claimed to have had a sexual encounter with Trump which Trump has denied. The Manhattan District Attorney’s Office, acting on behalf of a grand jury, served a subpoena to Trump’s accounting firm Mazars USA in 2019. The subpoena asked the firm to hand over all financial records pertaining to the president and business organizations affiliated with him filed from 2011 to 2019. In his personal capacity, the president sued the district attorney and Mazars in federal court, starting the legal battle.

Trump is the first president not to release his tax returns since former President Richard Nixon started the practice.

Now Is The Perfect Time To Get Into Pathfinder Second Edition