Trump’s Attack On China Could Ruin His Re-Election Bid 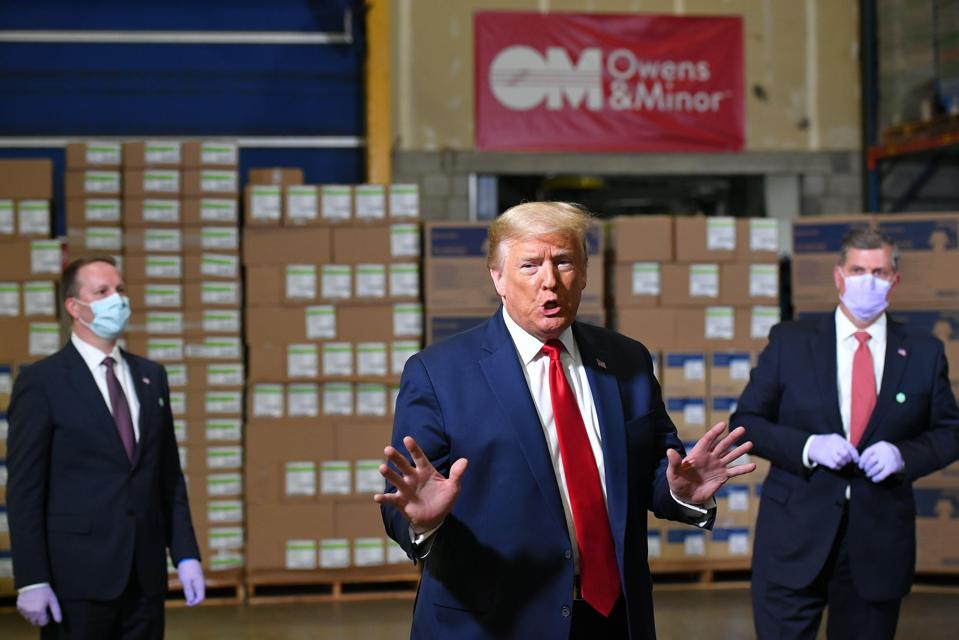 First came the shock. By mid-May about a quarter of American workers had applied for unemployment benefits. COVID-19 and the great lockdown for suppressing it is doing serious damage to the economy. It abruptly ended the longest economic expansion in the U.S. on record, for which Trump has always claimed credit.

COVID-19, however, ignoring national borders and unfazed by political hubris, quickly upended Trump’s agenda of winning the November re-election on the back of a strong economy and buoyant markets. With just over five months to go, it is impossible for the economy to return to the level of employment and income growth before COVID-19 exploded in the U.S., even if there is a V-shaped recovery, which is improbable.

The real threat to Trump’s re-election bid is not just the frightening jump in unemployment, but where the pain of unemployment is being most acutely felt. It turns out that the so called “swing states” are among the worst affected. The “swing states” are those that could determine the outcome of the November election in how they vote. Many of the swing states are in the Midwest and dominated by rural voters and have outsized importance in the electoral collage because they account for more seats in Congress than other states in relation to the size of their populations.

As the severity of economic contraction became evident, Trump’s reaction changed from shock to anger. Having claimed earlier that the U.S. was unaffected by the COVID-19 outbreak and dismissed warnings of its dangers as fake news planted by the Democrats, he started the blame game after COVID-19 spread unchecked across the country. He attacked the WHO (World Health Organization) for giving “bad advice” and for coddling China, and announced that he would freeze U.S. funding of the organization. He attacked American companies selling medical equipment abroad as unpatriotic, invoking a Korean War-era legislation to allow the government to stop them from exporting anything deemed essential for domestic use.

But most pointedly, he has been attacking China. He publicly called COVID-19 the China virus, and endorsed the conspiracy theory that the virus was manufactured in a biological weapons laboratory in Wuhan. He also compared the COVID-19 outbreak with Pearl Harbor (worse than Pearl Harbor, according to him), with the unmistakable connotation that COVID-19 is also an attack on the U.S. On May 12, he ordered the main federal government pension fund not to invest in Chinese companies, citing the risk of “future sanctions” over Beijing’s handling of COVID-19. Trump is, in effect, invoking the bogeyman of an external enemy in order to divert voters’ attention from his administration’s domestic failings.

Could such a tactic work? It may. To begin with, focusing on China has the advantage of continuity. He launched a trade war against China soon after becoming president; and if one can believe that China is seeking to weaken the American economy by manipulating global trade to inflict rising trade deficits on the U.S., then it is not too big a jump to believe that China has now upped the ante.

However, sharply focusing his attack on China comes with new risks. Previously, while Trump’s narrative portrayed himself fighting to protect the U.S. from its enemies, his targets were never fixed and they changed from one day to the next. NATO was accused of free-riding on America’s generosity. Then European and Japanese automakers were targeted for competing unfairly against their American counterparts. Next up was NAFTA (North American Free Trade Agreement), which allowed Mexico and Canada to prosper at the expense of the U.S. And the list goes on.

What was created was a general impression of danger lurking “out there,” which allowed Trump to be seen as ever so busy in fighting hard for America without getting pinned down on exactly what he has accomplished. Having a roster of interchangeable bogeymen leaves a lot of wiggle room for Trump to claim success without proof. However, now that he has zeroed in on attacking and blaming China for America’s woes, it will not be so easy to claim success without concrete results. 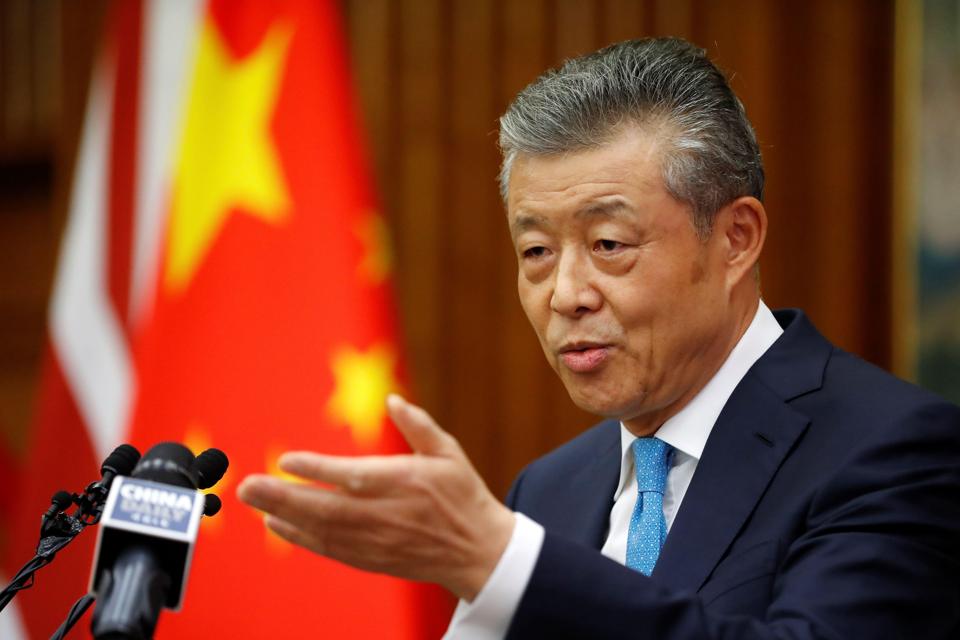 China’s ambassador to Britain Liu Xiaoming takes questions from the media at the Chinese Embassy in … [+] London on February 6, 2020.

With only China versus the U.S., comparisons between the two are easy to make and verify. It will be hard for Trump supporters to understand why China has so many fewer reported COVID-19 deaths than the U.S., even though its population is over four times bigger. Equally hard for them to understand is why there are shortages in medical testing kits and personal protective equipment (PPE) in the U.S., while China is exporting billions of dollars’ worth of them all over the world.

For all Trump’s bombast regarding America First, so far in containing COVID-19 America has the unfortunate distinction of leading the world in COVID-19 deaths and infections. In a few months’ time, we will very likely see a stronger economic recovery in China compared with the U.S., which will be even more perplexing to many Trump supporters given what the president has promised. More vexing still is that China has shown no sign of backing off from an intensifying confrontation with the U.S., it is trading insults and conspiracy theories with the U.S. and pulling no punches.

It will be increasingly difficult for Trump to hide from his core supporters that he is getting nowhere in confronting China, even as the pain of unemployment spread, especially in the swing states in the Midwest, hurting most those who have been counting on Trump to protect them. In focusing his attack on China, Trump may have inadvertently provided clear evidence of his failure in making America great again, and thereby ruined his re-election chances.