Breaking
How To Get Your Startup Business Off The...
How To Create A COVID Safe Construction Site
How to Make a Good First Impression at...
GDP Vs. GNH: Rethinking What A Healthy Economy...
Global Consumer Sentiment Barely Inches Up As Coronavirus...
‘Destiny 2’ Has A Very Special Quest Going...
Is Now A Good Time To Start A...
City Transit: How To Balance Safety And Mobility...
How To Protect And Grow Your Brand On...
iOS 14: Here’s Why There’s An Orange Dot...
Refurbished Mobile Phones: All You Need To Know
Filling A Vacuum – The Entrepreneurs Stepping Out...
Nikola Founder Trevor Milton Reportedly Resigns After Short-Seller’s...
The Trial Penalty And The Case Against Preston...
10 Ways AI Is Revolutionizing Sales
Le Third Scheme
Nvidia’s Stocks May Plunge 12% Following Its Deal...
Stoke Tank Empty? Check Out Social Media Celebs...
Ask Larry: What Happens To The Money Withheld...
Home Business Trump’s Drug Pricing Order Is A Costly Mistake
Business 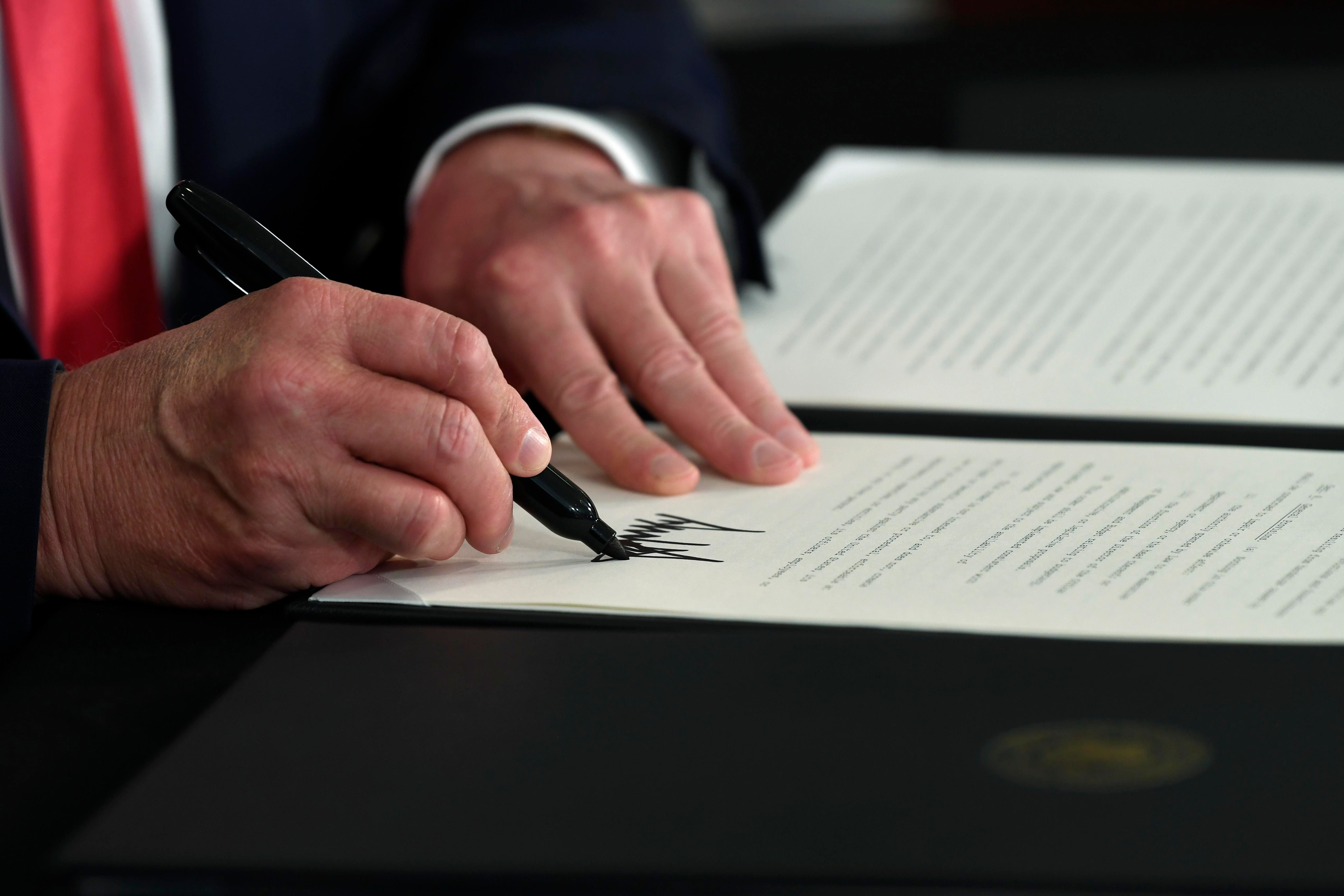 On Sunday, September 13, President Trump signed a “most-favored-nation” executive order to reduce U.S. drug prices. It instructs federal officials to set pharmaceutical reimbursements under Medicare Parts B and D equal to the lowest prices paid in other developed countries, including Canada, the United Kingdom, and France.

The high cost of medications is a real problem—and President Trump is right to tackle it. But slashing drug prices by executive fiat isn’t the proper solution. Importing artificial price controls would jeopardize America’s global leadership in drug development, thereby depriving Americans of access to existing and future medicines.

The order requires Medicare to purchase drugs at the same price as the “most-favored-nation” in the Organisation for Economic Co-operation and Development, a group of advanced countries. For each drug, the most-favored-nation will be the OECD country with the lowest price, after adjusting for differences in per capita income.

Most of those countries have semi- or fully socialized medical systems that impose strict price controls on drugs. Tying U.S. reimbursements to those artificially low prices would cause biotech firms’ revenues to plummet. Drug development—which is already an expensive and risky undertaking—would become far less attractive.

In many cases, the risks would far outweigh the potential rewards. Developing a new medication already costs $2.6 billion on average, according to a Tufts study. Only 12% of all drugs that enter clinical trials ultimately succeed.

Currently, the United States leads the world in pharmaceutical innovation. Nearly 60% of all new drugs worldwide are developed in America. And biopharmaceutical companies invest almost $100 billion in research and development annually.

Such spending will collapse if the executive order is fully implemented.

One National Bureau of Economic Research study estimated that cutting U.S. pharmaceutical prices by 40-50% could lead to a 30-60% reduction in research and development projects.

Another study from a University of Connecticut economist estimates that U.S. researchers would have produced 117 fewer new medicines if America had implemented “European-style price controls” from 1986 to 2004.

Importing price controls from other countries could also limit patients’ access to medicines already in the development pipeline. In 2018, drug companies launched 92% of all new medicines invented worldwide in the United States before introducing them to any other country.

That’s no accident. Securing marketing approval from regulators like the Food and Drug Administration and the European Medicines Agency is expensive. That’s why biotech firms typically debut their products in America before seeking approval in other countries, where potential revenues are capped.

For example, consider how Canadian regulators restrict which medicines are available in the Great White North.

Canada’s Patented Medicine Prices Review Board conducts cost-benefit analyses on each new drug. If it deems the cost too high, it’ll demand that manufacturers slash prices before offering the drug for sale. Often, the PMPRB’s required price cuts are so severe that drug companies conclude its not even worth the effort to sell their products in Canada.

That’s why Canadians had access to just 44% of all drugs launched worldwide from 2011 to 2018, according to the Galen Institute. Americans, by contrast, could access 89% of all new drugs.

If the executive order is implemented, the U.S. market will become far less attractive for biotech companies. They’ll prioritize other markets—which means American patients will go months, even years, without access to cutting-edge drugs, just as Canadians and Europeans do now.

The president’s executive order is particularly disappointing because he already rejected a similarly misguided proposal two years ago. The Council of Economic Advisers warned in 2018 that unilaterally lowering drug costs in the United States “makes better health costlier in the future by curtailing innovation.”

At the time, President Trump wisely took that advice to heart, and scrapped a price control proposal. Unfortunately, he has now apparently flip-flopped.

And unless he reverses course, his executive order could cripple the R&D projects that lead to lifesaving medicines.

Filling A Vacuum – The Entrepreneurs Stepping Out...