Roger Stone may be heading to prison, but President Trump is speaking out that it should not be for that long.

Stone was convicted, primarily, of lying to Congress related to testimony he gave related to Special Counsel Robert Mueller’s investigation of Russian interference in the 2016 election. When federal prosecutors recommended Stone serve 7-9 years for his crimes, Trump Tweeted an article with the statement, “This is a horrible and very unfair situation. The real crimes were on the other side, as nothing happens to them. Cannot allow this miscarriage of justice!” After the Tweet, the four prosecutors in the case resigned and the new prosecutors submitted their own suggestion. Stone is expected to be sentenced on February 20 by Judge Amy Berman Jackson in a Washington DC federal court. 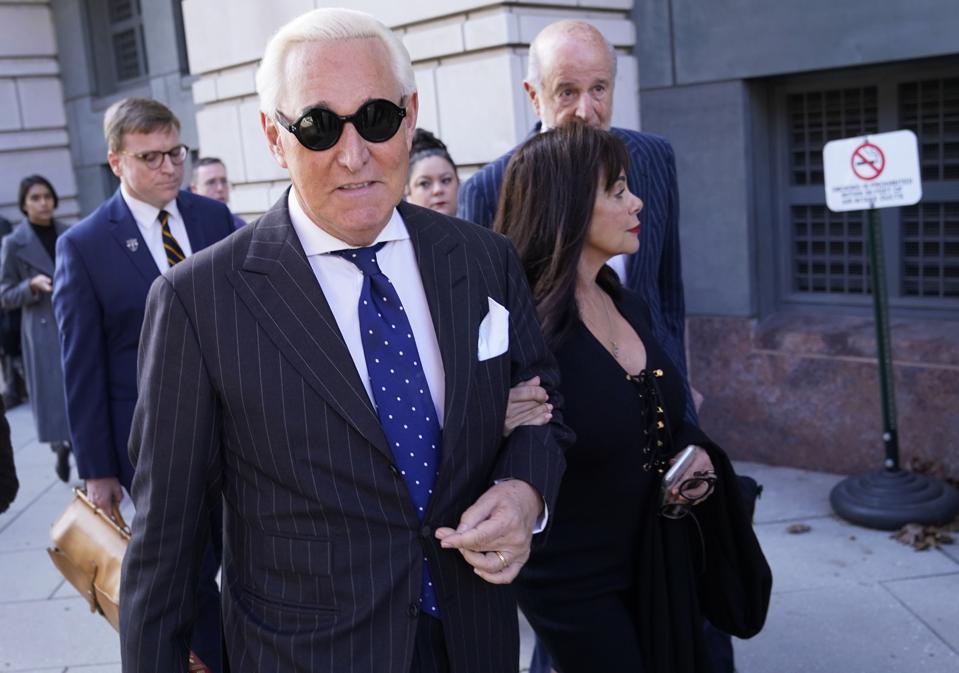 Putting politics aside, a 7-9 year sentence is a long time in prison for Roger Stone, a first time offender. His crimes related to the Trump campaign’s collusion with Russia in the 2016 campaign … something that Trump has consistently denied and something that was NOT a finding in the Mueller report. So why so much prison time?

The Federal Sentencing Guidelines play a heavy role in all federal cases. While not mandatory, federal law has established a point system for offenses. There are points for the type of crime and then various enhancements (additional points) for things like the dollars involved (stolen), the role of the perpetrator (was he a leader or follower), was the person in a position of trust, etc. Then points are deducted for pleading guilty and helping authorities. Stone went to trial and was found guilty leaving him no way to achieve any point reduction. He got the full brunt of the Sentencing Guidelines.

Stone’s base level offense was for obstruction of justice (related to a number of counts), which called for 14 points. He then got an enhancement that involved causing or threatening to cause physical injury to a person … Stone told a person who was considering cooperating in the case “prepare to die C#$%sucker.” Stone also allegedly threatened the witnesses dog. That got Stone another 8 points … so we’re up to 22 points. He then got another 3 points for, “substantial interference with the administration of justice.” There was another 2 points for the extensive planning of his crime and, finally there were 2 more points because Stone “willfully obstructed or impeded, or attempted to obstruct or impede, the administration of justice with respect to the prosecution of the instant offense of conviction.”  Whew … 29 points. Stone has never been in trouble before so he was a Criminal Category I … no prior offenses. If one looks at the Federal Sentencing Guideline table, the 29 points equates to 87-108 months (7-9 years).

Notably, however, the Sentencing Guidelines enhancements in this case—while perhaps technically applicable— more than double the defendant’s total offense level and, as a result, disproportionately escalate the defendant’s sentencing exposure to an offense level of 29, which typically applies in cases involving violent offenses, such as armed robbery, not obstruction cases. Cf. U.S.S.G. § 2B3.1(a)-(b). As explained below, removing these enhancements would have a significant effect on the defendant’s Guidelines range. For example, if the Court were not to apply the eight-level enhancement for threatening a witness with physical injury, it would result in the defendant receiving an advisory Guidelines range of 37 to 46 months, which as explained below is more in line with the typical sentences imposed in obstruction cases. Accordingly, it would be reasonable for the Court to conclude that the Guidelines range as calculated is unduly high on the facts of this case.

Stone’s attorneys asked for a sentence of less than 15 months.

There are actually three recommendations provided to the judge in federal cases; one from prosecutors, one from the defense and another from the US Probation Office (referred to as the Presentence Report). Prosecutors typically ask for the maximum, no surprise, while defendants usually ask for the minimum. US Probation, obviously a government organization, is meant to be the non-biased look at a sentence recommendation. Unlike the prosecutors’ and defendants’ recommendation, Probation’s Presentence Report is sealed, mostly due to the sensitive information relating to the defendants’ family and medical information. Judge Jackson will weigh each of these and come up with her own sentence.

Each day, defendants face long sentences associated with sentencing guidelines and a presidential Tweet does not usually sway the prosecutor’s position. Maybe some executive input on sentencing would save a lot more lives than Roger Stone’s. Real justice reform may not come from a Tweet … but it’s a start.