Breaking
Stock Market Crash: The End Game And Down...
Does Artificial Intelligence Design New Drugs Or Discover...
NBA 2K21: How To Download A Realistic 2021...
Ask Larry: When I File For Social Security...
Level UP With LinkedIn Live
AstraZeneca May Conduct Additional Trial For Covid-19 Vaccine...
Robert Smith Breakup Exclusive: Billionaire Brian Sheth Reveals...
‘Destiny 2’ Wants Season Of The Hunt Feedback,...
British Auto Makers’ Nervousness Over EU Trade Deal...
Want To Disrupt An Industry? Solve A Problem...
Life In 2020 AD: The Challenges Of The...
How Companies Are Adapting To Changing Customer Demand
Cyber Police Claim Double Win: Arrests In 50,000-Victim...
‘Tis The Season To Be Jolly Unless You...
The Physics Of Why You Must Never Deep...
Five Ways Holiday Shopping Will Be Different This...
Home Finance Tsui Wah Cuts Pay As Coronavirus Pressures Hong Kong Anew
Finance 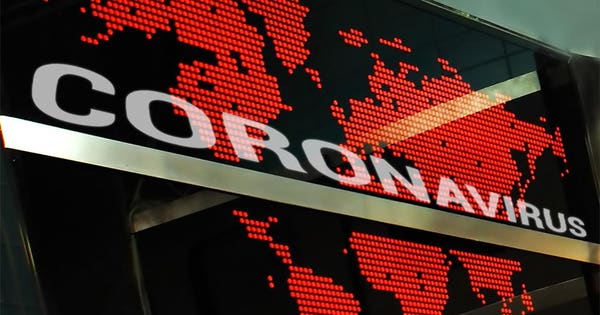 Tsui Wah Holdings, an iconic Hong Kong brand that’s one of Greater China’s largest restaurant chains, said on Friday it is cutting the salaries of board members and senior management as fallout from the coronavirus intensifies pressure on businesses already hurting from social tension in the former British colony.

The pay cuts, of unspecified size, will start from Feb. 1 and last three months. “If the epidemic and the socioeconomic environment further deteriorate, all members of the board will be subjected to further adjustment,” Tsui Wah said in a statement.

The announcement followed word last week that Hong Kong would impose a 14-day quarantine on individuals arriving from the mainland, where more than 800 have died from the coronavirus outbreak.

Tsui Wah is among restaurants and retailers in Hong Kong already hurt by fallout from protests since mid-2019 that have cut into tourist arrivals and triggered a likely fall in full-year GDP. Tsui Wah’s revenues dropped by 6.4% to HK$838 million, or $107 million, in the six months to Sept. 30.  Of that, revenue in Hong Kong – Tsui Wah’s biggest market — declined by 4.5% to HK$536 million and the mainland shrank by 10% to HK$292 million.   The company posted a loss of HK$44 million during the period, compared with a profit of HK$14.4 million a year earlier.   Tsui Wah had 84 restaurants as of Sept. 30.

The challenges facing the restaurant industry in areas where the coronavirus has spread were underscored in a report today in the South China Morning Post that nine members of the same family tested positive for coronavirus after sharing a hotpot and barbecue meal.  (See link here.)

Tsui Wah’s brand history in Hong Kong dates back to 1971. It changed ownership and has turned up in successful Hong Kong movies over the years.

The restaurant industry in both the mainland and Hong Kong has been hit hard by fallout from the coronavirus outbreak. New York-traded shares in Yum China, which operates KFC and Pizza Hut chains in mainland China, fell for a second day on Friday, losing 2.3%, after reporting that it had closed more than 30% of its mainland stores in connection with the disease.

Starbucks and McDonalds have also announced partial store closings on the mainland.  Other Greater China restaurant chain owners to shutter their stores include Tansh Global Food, whose brands include Shanghai Min, The Dining Room, Maison De L’Hui, Wolfgang Puck and Doutor, along with Haidilao and Jiumaojiu.