Home Business Turning Back The Clock: The Biggest Golf Business Stories Of The Decade
Business

Turning Back The Clock: The Biggest Golf Business Stories Of The Decade 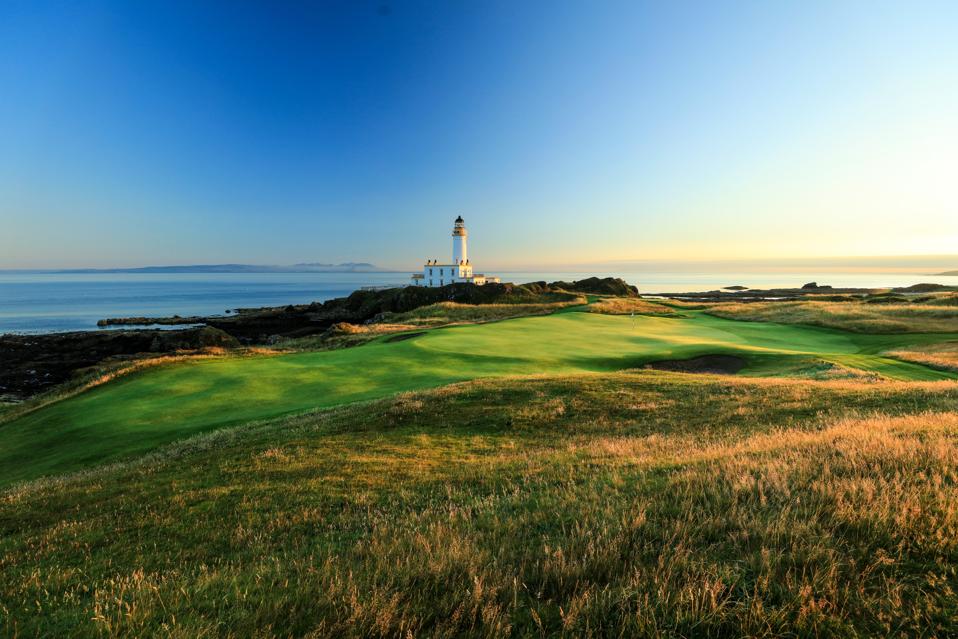 TURNBERRY, SCOTLAND – JULY 15: A view of the green on the par 3, ninth hole on the Ailsa Course at … [+] the Trump Turnberry Resort on July 15, 2019 in Turnberry, Scotland. (Photo by David Cannon/Getty Images)

From Trump growing his golf real estate empire to a swirl of M&A activity, and a Chinese company reviving a moribund Japanese brand, the twenty-tens saw plenty of wheeling and dealing action.

Puma, the German sportswear titan, was already an established force in footwear and apparel but buying Cobra made them an instant equipment contender.  At the time Cobra’s portfolio of Tour players repping the brand were middle of the leaderboard caliber stars in Camilo Villegas, Ian Poulter, and J.B. Holmes. Since the acquisition Cobra’s tour cred rose markedly  with the likes of Rickie Fowler, Lexi Thompson and Bryson DeChambeau in their stable of pros.

Fortune Brands sells off their golf division Acushnet to Fila Korea and Mirae Asset Private Equity for $1.2 billion in order to focus more on their spirits business.  Fila’s initial stake in the golf goliath, primarily comprised of Titleist, Footjoy, and Pinnacle at the time was 12.5% but they currently are the majority owner with a 53.1% stake. “Companies that are going to be U.S. centric, they will be roadkill on tomorrow’s scorecard,” Acushnet CEO Wally Uihlein, who remained at the helm,  told Golf Digest after the sale was announced.

Trump anted up $150 million to buy Doral Resort & Spa out of bankruptcy, a sprawling 800-acre complex including a quartet of golf courses, 700 hotel rooms and 86,000 square feet of meeting space. Trump’s penchant for buying famous golf courses and then naming them after himself reached a new height a couple years later.  The future No. 45 ponied up a reported $63 million to Dubai-based Leisurecorp for Turnberry, an Open rotation venue which was the site of 1977’s “Duel in the Sun” between Jack Nicklaus and Tom Watson. The Rechristened Trump Turnberry became the 17th golf property in the Trump Organization’s portfolio.

When GoDaddy founder Bob Parsons sold his majority stake in the domain registering and hosting company to KKR, Silver Lake, and Technology Crossover Ventures in 2011 he became a billionaire. Three years later he would hatch high end club maker PXG (Parsons Xtreme Golf). The company’s original bespoke cavity backed irons sold for $300 a pop, twice the price of what the mass market majors were trotting out. Their Super Tour Blade irons currently sell for $650 per club. In the past couple years the brand has been adding retail and fitting locations with stores opening in suburban Chicago, Seattle, and Atlanta with many more in the pipeline.

When Japanese Prime Minister Shinzo Abe first met then president-elect Trump, he brought him a gold colored Honma Beres S-05 driver that goes for $3,755 as a gift. The upmarket clubmaker went belly-up in 2005, but five years later was resuscitated by Chinese businessman Liu Jianguo who  revitalized the luxury brand and expanded  its distribution network by embracing  third party retailers and making a push into the North American market.

After years of skidding sales, the house of Swoosh decided it was high time to get out of the golf equipment game and stick to their cash-minting knitting in apparel and footwear. 2015 had seen golf equipment revenue sag 8% to $706 million, accounting for less than 3% of the company’s total revenue tally. One glance at Nike’s (NYSE: NKE) stock chart, which has handily out paced the S&P 500, will tell you the Beaverton, Oregon company has no regrets. Tiger Woods may now play TaylorMade clubs but the game’s most storied athlete remains synonymous with the Nike brand.

On the heels of Rory McIlroy inking a €100 million equipment deal with TaylorMade to brandish their clubs and play their balls for a decade, the next day Adidas AG sold the established golf brand, along with Adams and Ashworth, to a New York based private equity firm for $425 million. TaylorMade, one of the leading equipment names in the sport, got off the ground in 1979 and from the get go established themselves as an innovator with the introduction of the metal wood—a stainless steel driver nicknamed Pittsburgh Persimmon. Post acquisition, TaylorMade continues to re-imagine club design, most recently with their ‘Twist Face’ technology. KPS could likely already sell TaylorMade at a healthy premium to their purchase price.

How to Query the Google Search Console API

Before You Amaze Your Customers, You Must Amaze...

After A Cancer Diagnosis And Nine Months Away...

Ken Jennings Is Crowned Jeopardy’s Greatest Of All...