Breaking
How To Get Your Startup Business Off The...
How To Create A COVID Safe Construction Site
How to Make a Good First Impression at...
3 Lucrative Hidden Benefits Of Podcasting
Your Stargazing Guide To Fall: One ‘Halloween Blue...
Mnuchin: White House Still Supports Direct Payments For...
How To Retain Your First Startup Product Users
China Shipments To The U.S. Are 7 Times...
Reviewing ‘The iPhone Of Air Conditioners’
The 8 Best CRO Companies of 2020
AARP BrandVoice: The Doctor Will See You Now,...
ThoughtSpot’s New Cloud-Based Tool Aims At Boosting Growth...
10 Ways Service-Based Businesses Can Generate Positive Word-Of-Mouth...
A Customer-Centric Culture Starts By Embracing This One...
Report: Struggling Black-Owned Businesses Need More Government Grants
Microsoft Races Ahead On RPA (Robotic Process Automation)
Why The Fed’s Outlook Paints A Sobering Picture...
As The End Of 2020 Approaches, The Cybersecurity...
Do Businesses Have A Role In Solving Poverty...
Home Business Twitter Suspends Account Copying Trump’s Tweets For ‘Glorifying Violence’
Business

An account testing Twitter’s terms of service by posting verbatim copies of President Donald Trump’s tweets was suspended in less than three days for breaking the social media platform’s rules about glorifying violence, according to the creator of the account. 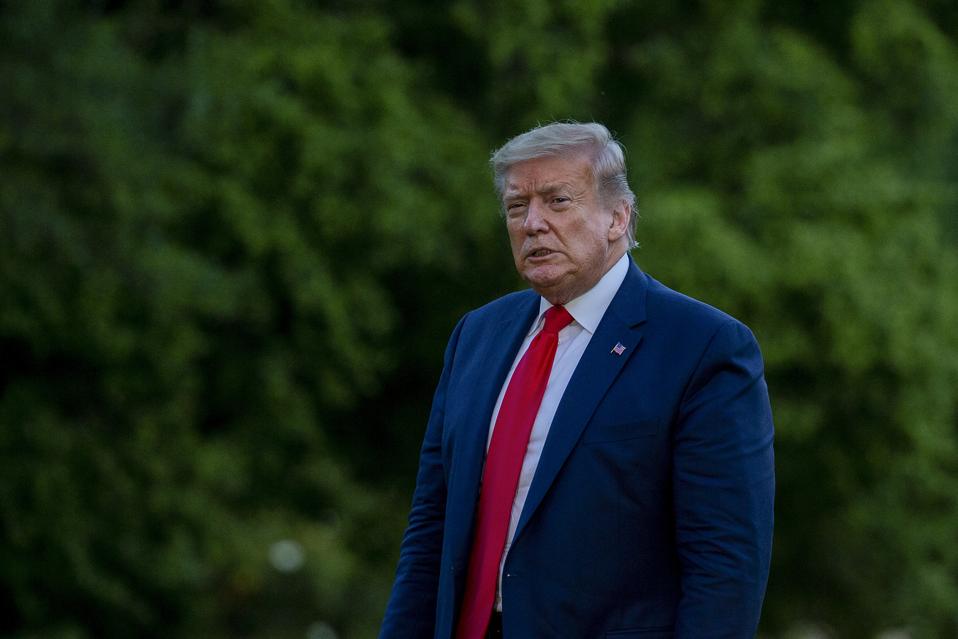 The account copied Trump’s tweets verbatim starting Friday and was reportedly suspended by Monday for 12 hours, after Twitter determined that the account had violated platform rules against glorifying violence.

The tweet that got the account suspended was a copy of Trump’s Friday message about Minneapolis protesters in which Trump wrote “when the looting starts, the shooting starts,” which critics said threatened opening fire on protesters.

When Trump himself tweeted the message, it was allowed to stay up, but remains flagged by Twitter for glorifying violence.

Twitter states in its rules that it makes exceptions for some high-profile accounts and allows tweets that would be deleted on other accounts because “it may be in the public’s interest for the Tweet to remain accessible.”

After the 12-hour suspension on @SuspendThePres ended, the account is back up and running.

The phrase “when the looting starts, the shooting starts,” was infamously used by Miami police chief Walter Headley in justifying his tough policies on the civil rights marches of the 1960s. “We don’t mind being accused of police brutality,” Headly said at the time.

Last week, Trump took offense at Twitter flagging the tweet for glorifying violence, stating, on Twitter of course, “It was spoken as a fact, not as a statement… nobody should have any problem with this other than the haters.” Twitter had already gotten under the president’s skin that week for displaying fact-check tags on two of his tweets that featured misleading information regarding mail-in ballots and voter fraud. Trump went on to sign an executive order that seeks to limit a law, Section 230 of the Communications Decency Act, that shields social media platforms like Twitter and Facebook from lawsuits over content that appears on their sites. It will likely face legal challenges.

‘Close Them Down’: Trump Threatens To Shut Down Social Media Platforms (Forbes)

Knee On The Neck: What Investors Can Learn From “Black Lives Matter”