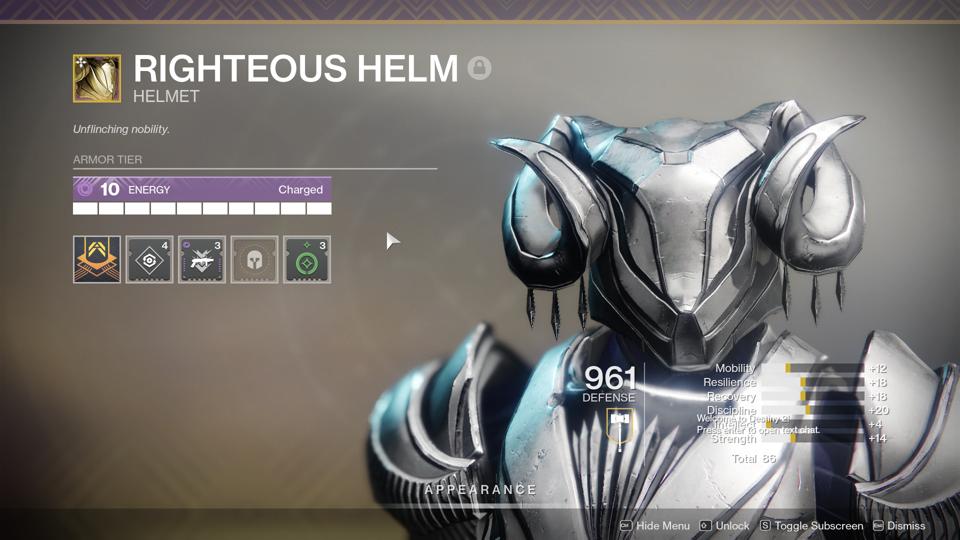 This week, Bungie announced that two major changes were coming to armor 2.0 next season in Destiny 2, first that you could now change the elemental affinity of armor pieces, and then that seasonal slots would work across multiple seasons. There are a few catches here, namely that changing the affinity of already masterworked armor will be super expensive, and that seasonal mod slots are not universal and will only work for the seasons immediately before and after, but they’re good changes all the same.

There are, however, two more changes that need to happen with Destiny 2’s current armor 2.0 system that were not addressed. Though I do believe that they will be, given that these changes would be even easier than what Bungie has already done with the first two fixes.

There are practically zero sources of high (60+) stat armor in Destiny 2 right now. The only vaguely consistent sources are raids, Iron Banner and Reckoning, though even playing all of those this season, I never got any legendary piece higher than the 64-66 set you pull directly out of the battle pass. I did manage to get a 60+ world drop (a Prodigal helm) which is the first time that has ever happened.

The current system is not working. While I agree that pinnacle activities should perhaps have a higher chance of dropping high stat armor than other activities, it should not be flat-out impossible to get a quality set of armor across 95% of Destiny’s activities. I love the Escalation Protocol and Black Armory armor sets, and yet I know it is simply impossible to find a set that’s anywhere close to as good as the one I have now. We need more sources of high stat drops across all activities in the game or else Destiny has rendered almost all its earnable sets useless for no good reason at all. 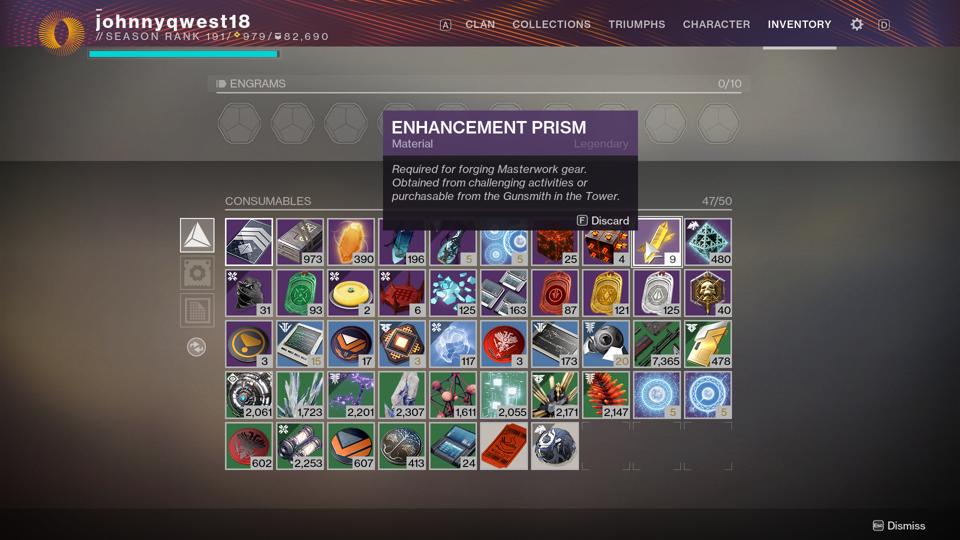 More Sources of Prisms And Shards

Like high stat armor, there are even less sources of Prisms and Shards in Destiny. You can get a few each season from the battle pass, you can dump a massive amount of cores into Banshee, or you can run 980 Nightfalls. That’s it. And that’s not enough.

Opening up ten armor slots for masterworked armor is hugely important given the cost of current mods in the game. And yet for practically all players who aren’t mass-running Nightfalls, it’s impossible. We need far more sources of these endgame upgrade materials in the game. One obvious source is that Shards could be Trials rewards next season. But past that, I still think we need more. We should be getting Prisms and Shards on Gambit and Crucible ranks and resets. They should sometimes drop in raids or in dungeons. Hell, instead of an exotic drop in the wild every so often, give us a shard. The point is we need about 5x as many sources of these as we have now, as running infinite Nightfalls is not a fun way to go about getting upgrade materials for your gear.

Those are the main two, but I think we can debate a third possibly as well: 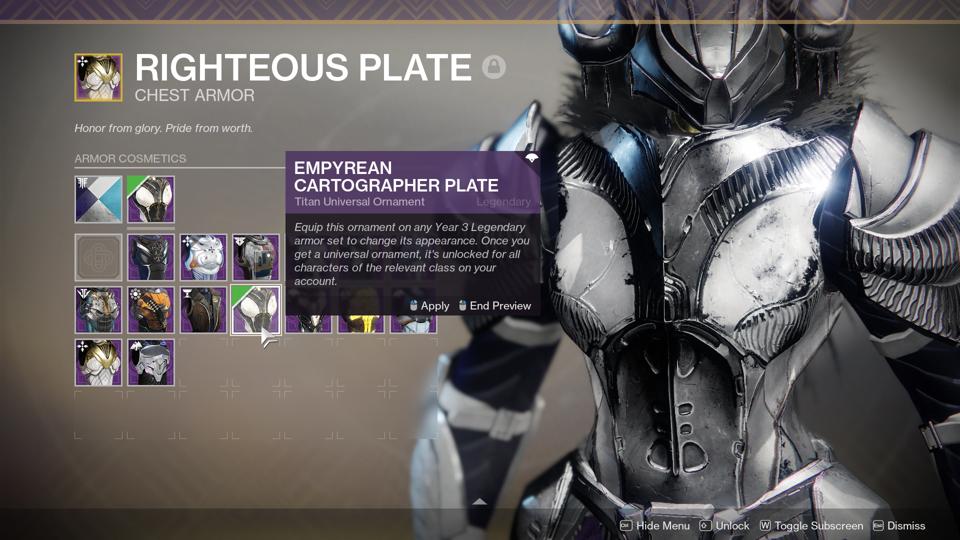 Eververse is currently vastly overpowered in Destiny, but not for traditional reasons. It is “fashion overpowered” as it’s nearly the only place where you can get universal ornaments for all your legendary gear, which is why everyone is rolling around wearing 90% Eververse armor and 8% Battle Pass ornaments (and 2% everything else). All the universal ornaments in the game should not be locked into these paid sources, and at least some should be earnable in the game itself. If Vanguard armor is always going to have garbage stats for instance, at least let me earn it as a long term goal to make it an ornament set through enough strike grinding, or something like that.

I am still not going to rule out the idea that all armor should end up being ornamental once you unlock it in some way, as I can see a way that could work just fine in the current system, as you’d still need to grind for stats and rolls and certain seasonal slots eventually. But as a starter, all I want are a few more ornaments to earn in-game rather than dumping silver or bright dust into Eververse every season, or getting to rank 90 in the battle pass.

NBA All-Star Weekend Has An International Flavor, And It’s No Accident