Two Doctors Who Treated SARS: Beware These Behavioral Changes That Could Make The Coronavirus Pandemic Worse 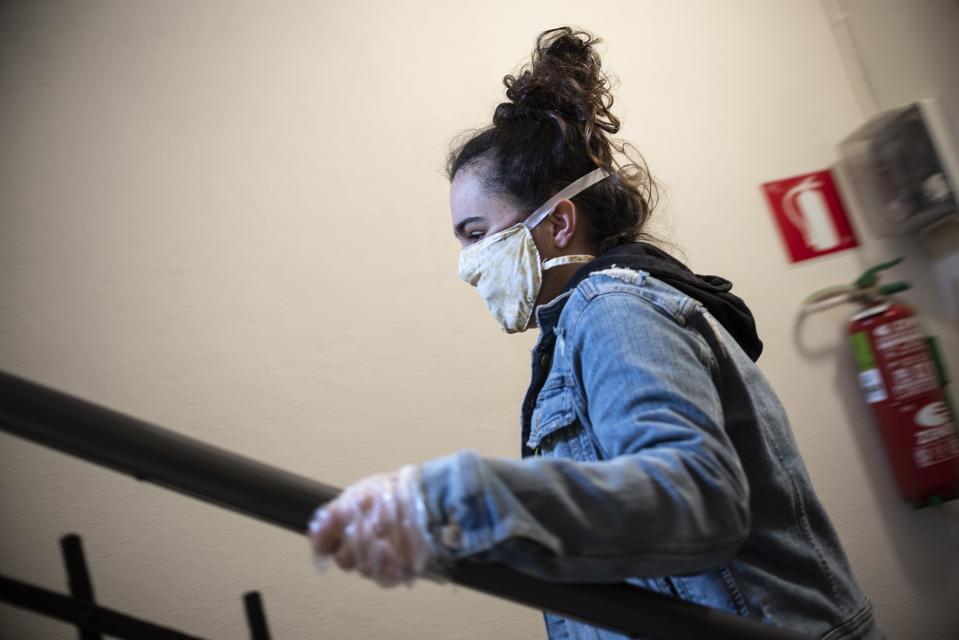 Coronavirus Frontlines is a special series where we are sharing the perspective of experts at the forefront of combating the COVID-19 pandemic.

The impact of the COVID-19 pandemic on the health and wealth of the human race is unprecedented for almost every person on the planet.  The last incidence of an event of this magnitude was the Spanish Flu in 1918. There have been other pandemics caused by infectious agents in the last century — polio in the 1950s, influenza in 1957 and 1968, and more recently H1N1 in 2009 — but none of these wreaked as much havoc as COVID-19.

Human beings have tremendous difficulty in responding to unprecedented bad news – however, research has shown that our behavioral responses to it are predictable.  There are three behaviors we are observing and will continue to observe in the next few months. You should watch for these in both yourself and your loved ones to avoid falling into some mental health traps. That goes double if you’re responsible for advising decision makers, or if you are one yourself.

The first of these predictable behaviors is denial.  When we physicians break bad news to our patients, such as telling them they have a terminal illness, they often will not even hear us at first.  They use words like ‘growth’ instead of ‘cancer.’ They appear cheery in the face of awful predictions. Denial is an extremely powerful defense mechanism that allows individuals to protect themselves from completely breaking down. But the downside of denial is that it can lead to avoiding taking the essential next steps needed to avoid disaster. 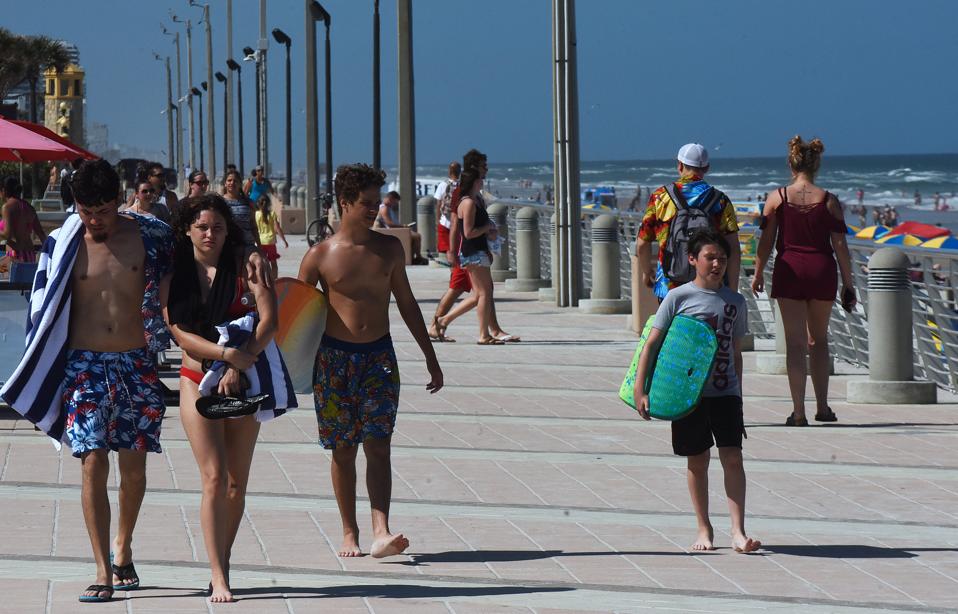 Beaches remained open during spring break, even as COVID-19 cases were increasing.

In the case of COVID-19, it is clear many individuals were in denial when the images from Wuhan first emerged.  The natural reaction was, “That is far away and really can’t happen where I live.” Even when it spread through Asia, people had this same reaction. When it got to Iran, it remained easy to ignore the news, as there is little open communication with Iran. Even when it hit a Seattle nursing home, people continued to dismiss it as being far away and impacting an isolated vulnerable population.

Countries like Taiwan, which experienced SARS in 2003, avoided denial, and so were much better able to defend themselves by recognizing the threat early and proactively setting up control measures.  While denial can be useful on an individual level, it was a dire behavior for countries that were then ill prepared for this pandemic despite the clear warning signs.

The second behavior people invoke in crises is attempting to control their immediate environment. When we treat patients in the terminal phases of their lives, it is not uncommon for troubled family members to ask us “What is his potassium level today?” This despite the detail being irrelevant to the patient’s overall health state. They can’t control the really bad thing that is happening, but it gives them comfort to focus on something they think they can control. 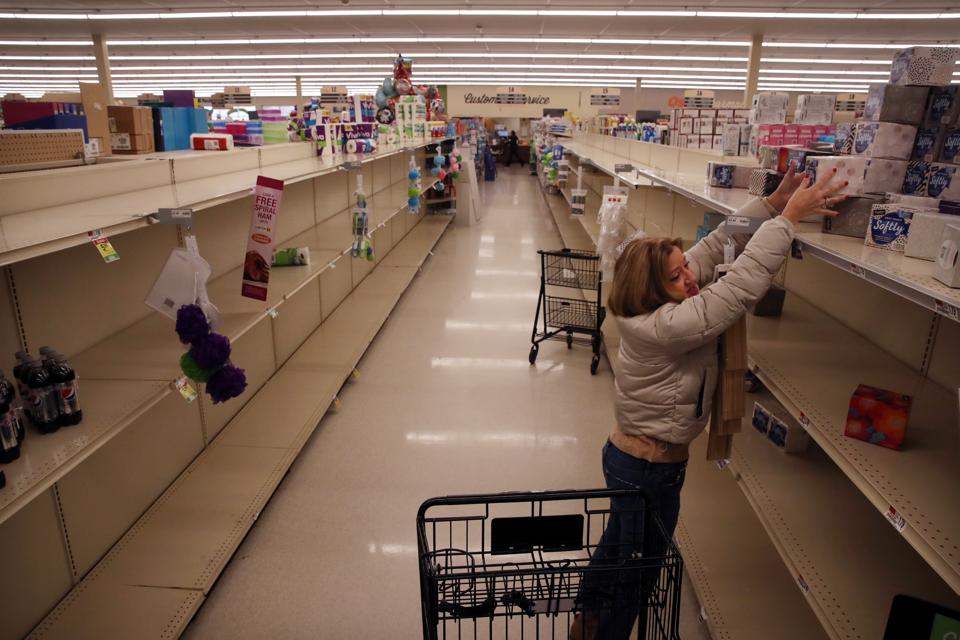 When COVID-19 approached, people responded by hoarding items they feared would be in short supply; both reasonable items like hand sanitizer and unreasonable items like toilet paper and over the counter cold remedies that don’t help with COVID-19. Trying to maintain control helps soothe the fear, but it is only temporary and false security. It becomes further detrimental when hoarding leads to panic.

The third behavior is the thirst for good news. Having one young patient with COVID-19 come off of a ventilator and recover can have a tremendous impact on the morale of the healthcare providers. The relief of hearing that infected friends have recovered can feel like a major victory. But the intense desire to find good news is also a trap.

During the SARS outbreak in Toronto, one of us chaired a daily conference call of clinicians in all hospitals in Ontario.  In early May 2003, it appeared the outbreak was finally contained. But on those calls one clinician voiced concern about a cluster of patients in her hospital that didn’t have clear SARS infections but warranted further investigation. The rest of us wanted it to be over so badly that our bias led us to dismiss this information and declare the outbreak controlled.  One week later, those patients created a new cluster of SARS, and we had to do it all over again.

We fully expect that in addition to the tremendous pressure to get the economy going again, that the ‘thirst for good news bias’ will rear its head with tremendous force. The same countries that used denial to cope with the start of this pandemic will fall into this trap — with dire consequences.  When we start to see reduction in the number of new cases of COVID-19, the job is far from over. This is when it gets challenging, because it is vital to continue physical distancing measures until there is a sustained reduction in cases. Despite the personal, economic and socio-political damage this causes, it is only then that public health authorities should start to lift these restrictions.

Recognizing these three behaviors, which are the natural result of normal human cognitive psychology, will be crucial in determining how this all ends (or at least how it plays out until we have an effective vaccine). And this is why we believe that while heads of governments should be accountable for what happens in their countries, they should leave the decision making to public health scientists.  Those scientists in turn would do well to consult with behavioral psychologists to weed out destructive biases, so they can devise the right strategies to save lives and get us back to normal again.

Forget Apple And Google—Here’s The Real Challenge For...