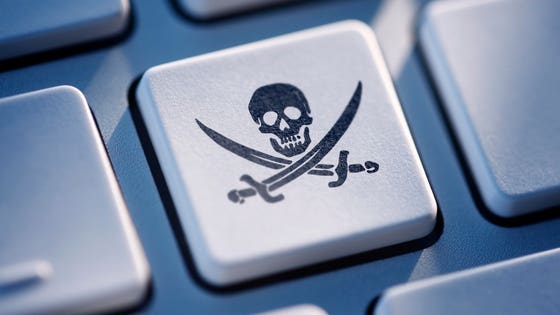 The men behind two of the biggest pirate streaming sites in the US have pleaded guilty to copyright infringement.

Darryl Polo ran a site called iStreamItAll (ISIA), which offered more than 118,479 episodes of TV shows and 10,980 movies – giving it a bigger library than Netflix, Hulu, Vudu or Amazon Prime. Indeed, Polo even highlighted this fact to try and recruit new subscribers.

The content was gathered by using various automated computer scripts that ran 24 hours a day, seven days a week. “Specifically, Polo used sophisticated computer programming to scour global pirate sites for new illegal content; to download, process, and store these works; and then make the shows and movies available on servers in Canada to ISIA subscribers for streaming and downloading,” the Department of Justice explains in a statement.

Polo also, along with co-defendant Luis Villarino, admitted to working as a computer programmer for Jetflicks, another Las Vegas-based streaming service that hosted nearly 200,000 pirated TV episodes and distributed them to tens of thousands of paid subscribers located throughout the U.S.

Polo also admitted to running several other piracy services, including a Usenet NZB indexing site called SmackDownOnYou that netted him more than $1 million.

The pair will be sentenced in March; six other people have been charged in the case and are set to appear before the court in February.

The news comes as The Pirate Bay adds a new feature: a button for a streaming service called BayStream, similar in principle to its 2016 Torrents Time plugin, and with a simple YouTube-style interface allowing files of up to 20GB to be uploaded and stored.

According to a report from UK-based piracy analytics firm Muso earlier this year, the US still has the dubious honor of leading the world in piracy, followed by Russia, Brazil and India.

“Digital piracy is still prevalent globally. Television is the most popular content for piracy and given the fragmentation of content across multiple streaming services perhaps this isn’t surprising,” says CEO and co-founder Andy Chatterley.

“Interestingly, in 2018 we have seen a ten percent increase in people bypassing search engines and going directly to the piracy destination of their choice. Simply focusing on take-downs is clearly a whack-a-mole approach and, while an essential part of any content protection strategy, it needs to be paired with more progressive thinking.”

Trust, Transformation And Working At The Speed Of...